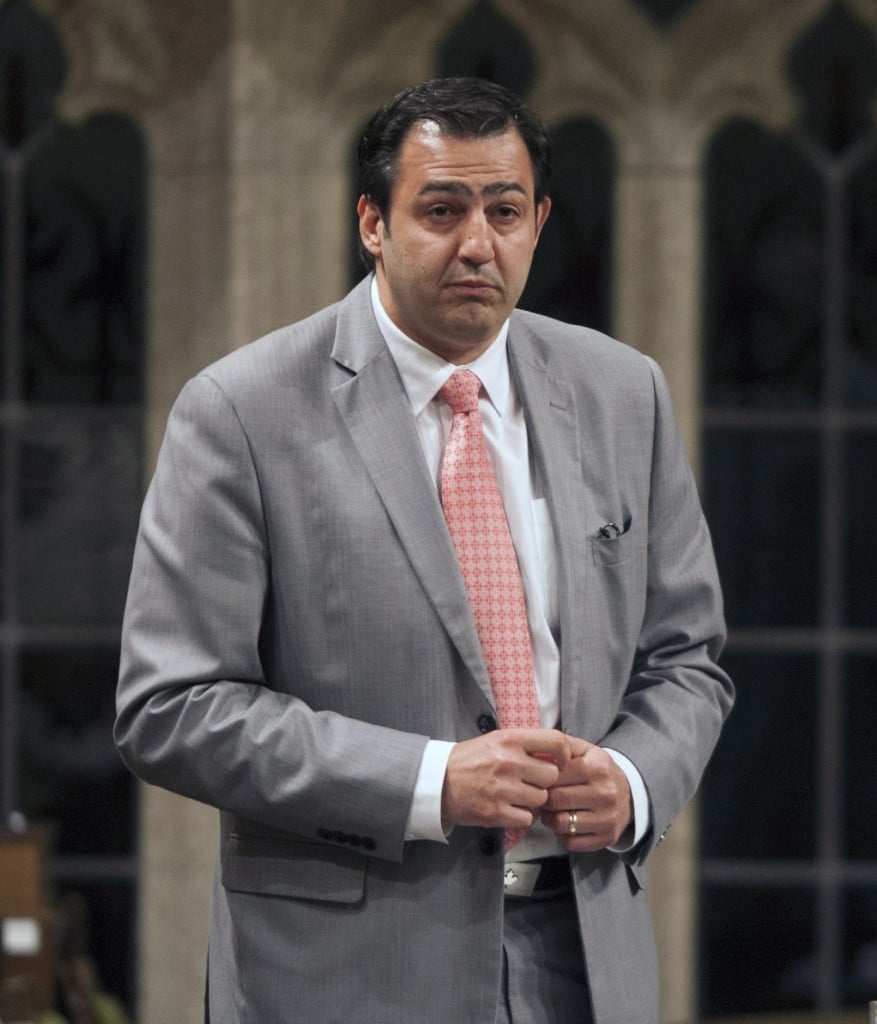 OTTAWA – One of two Liberal MPs accused of sexual misconduct has decided to jump before he’s effectively pushed out of politics.

Massimo Pacetti continued to maintain his innocence Wednesday but said the furor over the allegations has taken a toll on both his family and his ability to represent his Montreal constituents.

Consequently, he said he won’t seek re-election in October.

Pacetti’s announcement came on the same day Liberal Leader Justin Trudeau was expected to inform him and Newfoundland MP Scott Andrews that they will be permanently expelled from the Liberal caucus and won’t be allowed to run as Liberals in the coming campaign.

“Being a member of Parliament is an extraordinary experience and a privilege, but there comes a time in every person’s life when they need to take stock of what is best for the people they care about,” Pacetti said in a written statement.

“Upon reflection, I have come to the realization that seeking re-election in 2015 would not be in the interests of my family or my constituents.”

Related: Megan Leslie on the dialogue not happening on the Hill

Trudeau had intended to speak privately to Andrews and Pacetti on Wednesday, before making a public statement Thursday, according to insiders. But the news leaked out early.

Trudeau’s decision to expel the pair is based on the results of an independent investigation he ordered into complaints levelled against them by two female New Democrat MPs. Toronto lawyer Cynthia Petersen, an expert in sexual harassment in the workplace, handed Trudeau a final report last week on her findings, insiders say.

For his part, Andrews said he was “astounded” to learn his fate through the media. He said he co-operated fully with the investigation and had been promised a copy of Petersen’s executive summary before the matter became public.

“I have been waiting since last Friday and I am still not privy to Cynthia Petersen’s report,” he said in a statement Wednesday, adding that neither Trudeau nor the party had contacted him.

Andrews said he was “disappointed to learn that unscrupulous, unnamed sources have chosen to communicate through the media rather than respect the process and those affected by it.”

Trudeau suspended the pair last November from the caucus after a female New Democrat complained directly to him that Pacetti had allegedly had sex with her without her explicit consent.

She also told Trudeau that another female NDP MP had allegedly been sexually harassed by Andrews.

Both Pacetti and Andrews have maintained they did nothing wrong.

Attempts to get to the bottom of the complaints have been frustrated by the fact there is no formal process for investigating misconduct complaints between MPs.

Last fall, Trudeau initially asked Liberal whip Judy Foote to speak privately with the two women and, as a result of that informal process, bounced Pacetti and Andrews from caucus.

At the time, he said only that he acted after hearing complaints about “personal misconduct” from an MP from another party. He did not reveal the nature of the complaints or the sex or party affiliation of the complainants.

However, furious New Democrats accused him of “re-victimizing” the women by making the matter public. Trudeau’s attempts to win all-party support to create an independent process for investigating the complaints foundered while Pacetti and Andrews, their reputations in tatters, languished in limbo.

In December, Trudeau hired Petersen. It is not clear if either of the women co-operated with her or whether she had to rely on notes taken during the complainants’ meetings with Foote.

One of the alleged victims spoke on condition of anonymity to various media outlets, including The Canadian Press, late last November.

She alleged that she and Pacetti, whom she considered a friend, had been at a sporting event together last March. She agreed to go for a night cap in the hotel room Pacetti calls home while in Ottawa, where she alleged he made unwanted sexual advances.

Eventually, she alleged that Pacetti pulled her to him and they ended up having sex. The woman, who said she had previously been the victim of a violent sexual assault, said she froze and blocked out the situation. She alleged it was sex without explicit consent.

During the confidential meeting with Foote, sources have told The Canadian Press that the woman acknowledged she did not explicitly say no to Pacetti and that she provided a condom. In the interview, she refused to comment on those details.

Sources have told The Canadian Press that a separate incident involving another female New Democrat began when she accompanied Pacetti and Andrews to Pacetti’s Parliament Hill office after a social event. The three drank some wine but Pacetti eventually left the other two alone.

According to sources, the woman alleged that Andrews followed her home, forced his way through her door, pushed her against a wall, groped her and ground his pelvis against her. She ordered him to leave. He did.

Sources have said the woman further alleged that Andrews subsequently repeatedly harassed her verbally, calling her a “c–kteaser,” among other things.