Liberal point man in Senate says chamber has work to do

Peter Harder says the Senate has a ways to go to become the fully accountable, transparent institution it needs to be 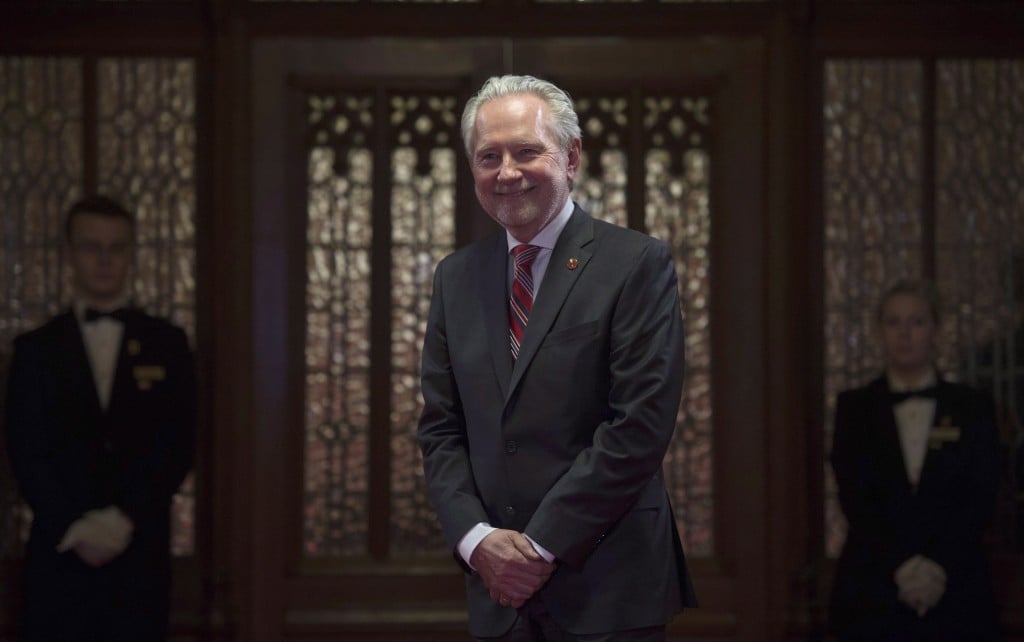 Senator Peter Harder waits to take his place in the Senate before being officially welcomed to the Senate on Parliament Hill in Ottawa, Tuesday April 12, 2016. THE CANADIAN PRESS/Adrian Wyld

OTTAWA – The Trudeau government’s point man in the Senate says the upper chamber has yet to become the fully accountable, transparent institution envisioned more than a year ago after a critical review of its spending rules and oversight.

In a year-end interview with The Canadian Press, Sen. Peter Harder said the Senate made some progress over the last 12 months with a new expense-disclosure regime that gives Canadians more details on how senators are spending public dollars.

The upper chamber also posted attendance records online — figures that were previously available for viewing by appointment only at the Senate’s administrative offices near Parliament Hill.

But the Senate has yet to respond as an institution to auditor general Michael Ferguson’s recommendation to run regular internal audits, something he sees as a priority for the upper chamber, Harder noted.

He also said the Senate should heed Ferguson’s call to have an outside body of experts provide spending oversight instead of relying solely on senators to police themselves.

That kind of “external validation” would act as the same sort of reference government departments and private companies use to make sure they are adhering to so-called best practices, he added.

“The recommendations (from the audit) need to be taken seriously and adapted as appropriately for the circumstances that we face, but we are not the organization that we need to become in terms of transparency and accountability,” Harder said. “Lots of progress, but more to be done.”

More work also needs to be done on the Senate’s deliberations on bills, he said.

The rules of the Senate allow any senator to delay debate on a bill for days, weeks or even months. That was the case with the government’s bill aimed at rolling back citizenship rules the Conservatives implemented that allowed the government to revoke the citizenship of dual nationals who are convicted of high treason or terrorism.

The bill was introduced in June, just before the summer break, and was sent to committee for review days before the winter break began last week.

“We need as an institution to talk about how do we deliberate, how do we debate, and how do we decide because I do think that we need to, as an organization, be a bit more disciplined on how we debate,” Harder said.

That could become even more important with uncertainty over what policies Donald Trump will institute once he officially takes over the White House, requiring the Canadian government to respond quickly to shifting global events. Harder said he expected the Senate to act in the same way as governments do: That governments are slow until they are fast.

“I’m not particularly concerned that the Senate won’t be as responsive and as expeditious as it needs to be in Canada’s interest on some of the issues that we might face,” Harder said.

“Sometimes expeditiousness is part of sobriety — that the analysis actually tells you that you’ve got to do this quickly because it’s in Canada’s interest.”

Harder was among the first seven senators appointed under the process introduced by the Liberals. Another 21 joined him later in the year. The government invited applications this week for Senate seats opening up next year in New Brunswick, Nova Scotia and Ontario.