'Liberal support just bleeding all over the place'

A deep dive into recent Angus Reid data shows Liberal support is moving to the Conservatives, NDP and Green parties—a stampede away, rather than a dash toward any particular tent 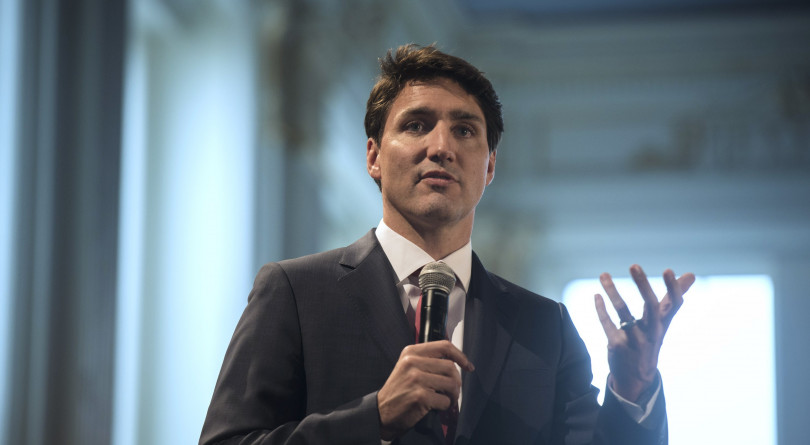 Until the SNC-Lavalin affair burst into view, the Liberals and Conservatives had been running pretty close to neck-and-neck in most polls; a bump down to earth from the honeymoony post-election period, to be sure, but nothing to panic about. Now, after nearly two months of slowly unfolding scandal and political fallout, those lukewarm numbers from the Before Times probably look pretty gauzy to Liberal partisans.

Angus Reid’s most recent poll, released on March 28, has the Liberals trailing by nine percentage points, with 28 per cent support compared to 37 per cent for the Conservatives. That deficit is in the same range other pollsters have found of late, but it’s how they got there that might worry Justin Trudeau’s party. “This is less of a result of the Conservative party surging and more the result of Liberal support just bleeding all over the place,” says Shachi Kurl, executive director of the Angus Reid Institute.

And if the top-level data looks concerning for the governing party, it’s when you zoom in that the topography gets more ominous.

Vote retention—the proportion of people who voted for a party in 2015 who say they would choose the same party again this fall—is “rock solid” for the Conservatives, at 88 per cent, while the Liberals would retain 58 per cent of their 2015 voters. And that erstwhile Liberal support has been sprinkled relatively equitably between the Conservatives, NDP and Green party. That suggests that the shift is a stampede away, rather than a dash toward any particular tent.

READ MORE: In the abandoned ruins of Ottawa

“It does suggest that the bleed or the fleeing from the party at the moment has more to do with an anger at the party and a rejection of what people are seeing today from their government and from their prime minister,” Kurl says. “[If] we saw a clear signal that all of that vote was going NDP, or Conservative, then it would say to me, okay, this has to do with the other leader more than it has to do with the own goals or the self-inflicted wounds of the Liberals. People are just sort of scattering in all directions, it’s a bit of a blast radius.”

The big questions are whether the Liberals can draw those exasperated voters back, whether they can do it by October, and how durable that electoral anger is, says Kurl. Those kinds of questions quickly slide into the realm of strategic voting and open up the possibility of a left-of-centre drift to the NDP, she notes, and while Jagmeet Singh’s languishing approval numbers would seem to make that unlikely, elections are full of “never say never” oddities (please see: Mulcair, Thomas c. 2015).

In Angus Reid’s polling, Kurl sees a significant gender split, with men far more likely to say they will vote Conservative and the Liberals leading among women. The Liberals just tabled a budget filled with measures aimed at dealing with poverty, income inequality and affordability—all issues that tend to resonate with female voters—but it has been virtually impossible for the government to make any of that messaging heard over the din of SNC.

“If there is a saviour right now for the party, it will be the female vote,” says Kurl—but the optics and main characters in this saga are doing them no favours on that front. “They need women. And who are the faces and the standard-bearers of this conflict? It’s two very strong women.”

The Liberals fare better with younger voters—the 18-to-34 group is the only demographic slice where they lead all the other parties—while the Tories are more popular with older voters. But young people don’t vote nearly as reliably as their elders, Kurl says, and the 2015 election was an anomaly in which the Trudeau Liberals “managed to grow the vote pie” by persuading young and first-time voters to come out, drawn by issues like marijuana legalization, Trudeau’s cooler-than-thou personal brand and a promise to do politics differently. That image has now curdled badly.

“He wasn’t supposed to be your dad’s politician. In terms of the broken brand or the damaged brand, he has turned out to be very much a run-of-the-mill politician, very much a politician cut from the same cloth as previous generations before him,” she says. “Normally, that wouldn’t be a problem, but when you promise to be something else and then you turn out to be just the same, that can have a deflating effect on young voters who came out because they were inspired.”

For more than a year after he was elected, Trudeau maintained remarkably high approval ratings and could not seem to put a foot wrong, Kurl notes. Those days are over, and the speed of the tumble is “breathtaking,” she says.

Angus Reid’s most recent survey shows 32 per cent of voters strongly or moderately approve of Trudeau’s performance, while 65 per cent disapprove to some degree. That adds up to a net approval rating of -27 per cent for the prime minister, worse than any other party leader by a significant margin (Singh is next at -15 per cent, though it’s worth noting that among the federal leaders, only the Green party’s Elizabeth May enjoys a positive net approval rating).

The graph Angus Reid produced to display this voter sentiment features a long, Liberal-red stalactite of disapproval spiking far beyond the negative opinions assigned to the other party leaders.

It’s a cautionary tale for building a political party’s brand so firmly around the persona of the leader, says Kurl, and Trudeau and his party are in a uniquely difficult spot for navigating around it. When Jean Chretien faced an unfavourable personal brand, dubbed “yesterday’s man” before he won the leadership of the Liberal party in 1990, he made everything about the team around him, but that does not seem like a plausible option for the Trudeau Liberals.

Instead, she says, “They change the channel.”