Liberals and NDP race to out-green each other

Politics Insider for May 15: An apology for Norman, what Ontario Liberal MPs want, and steel tariff talks resume 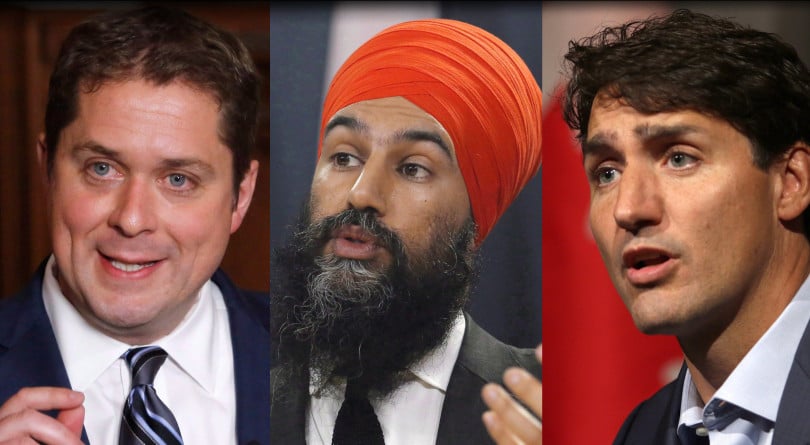 We’re all* sorry: MPs voted unanimously to apologize to Vice-Admiral Mark Norman, the high-ranking Canadian officer who federal prosecutors accused of leaking cabinet documents before tossing out the charges once they received new information. Well, at least those MPs who were in the House voted unanimously—Prime Minister Justin Trudeau and several members of his cabinet left the House before the vote took place. (CBC News)

The RCMP sure would like a gander at the new information which led to Norman walking free. “Unfortunately, we have not seen that evidence yet,” one of the officers involved in the case told CBC. “We’d like to get the totality of the information and do a proper analysis.” (Canadian Press)

Crisis management: With the NDP and Liberals one-upping each other to prove which party is greener than the Greens, Environment Minister Catherine McKenna introduced a motion calling on MPs to recommit to the Paris climate change accord and do what it takes to ensure Canada meets the accord’s objectives. The motion, which calls climate change a “real and urgent crisis” and an “emergency” will be a test for Conservative leader Andrew Scheer, who’s evaded questions about whether he plans to pursue the Paris emissions targets when he eventually releases his own climate plan. The motion gets debated Thursday, a day after an NDP motion calling on the Trudeau government to declare a climate emergency and scrap the Trans Mountain pipeline expansion. (CTV News)

How about that economy though?: Liberal MPs in Ontario would rather campaign on the economy than the environment, banking that Ontario voters will connect more with messages targeted at the middle class (and, ahem, those working hard to join it) than more platform promises about climate change. The Ontario Liberal caucus’s campaign wish list cites a national pharmacare program as the top priority for Ontario MPs, followed by “housing affordability, income security for seniors, access to affordable child care and the skilled labour shortage,” the CBC reports, with environmental issues relegated to seventh place. (CBC News)

Everyone’s got a wish list: Ahead of this fall’s election, business groups have laid out their priorities for the next government, along with a summary of all that they see wrong with how the government operates today. It’s obvious that groups like the Chamber of Commerce and the Business Council of Canada aren’t happy with the Liberals, but as they detailed their complaints a few words were conspicuously absent, writes Paul Wells. One of which is “Trump“:

The acrobatics the Chamber and Council undertake to avoid mentioning the U.S. are formidable. Hyder, indulging a hockey playoff metaphor, warns Canada that “China, India, Russia, Brazil and”—wait for it—”others want to knock us out.” Others? Uruguay? The Chamber of Commerce more decorously refers only to “the countries with which we compete.”

Taken as a group, those countries don’t particularly stand out as examples to emulate. China’s emerging chief export is Orwellianism, Russia’s is the usual, Brazil is hardly a model , and India—never mind. As for the United States—look, never even mind the rest of Donald Trump’s six-ring circus; any organization that calls simultaneously for “tax competitiveness” and for a “concrete plan… to return the federal books to balance” needs to admit that our largest historic trading partner simply never tries to do both of those things at once. (Maclean’s)

Don’t get your hopes up: Back in February Canada’s ambassador to the U.S., David MacNaughton said he believed America’s steel tariffs would be lifted “in the next few weeks.” It’s been 12 weeks now, and while Foreign Affairs Minister Chrystia Freeland will be in Washington today meeting with her U.S. counterpart Robert Lighthizer to push for an end to the tariffs, she wasn’t sounding confident that the timeline will improve: “It is never wise to predict how long any negotiation will take.” (Canadian Press)

Meanwhile Trump tweeted a tribute to his steel tariffs, which can be read either as a commitment to keep the tariffs in place, or as ‘mission accomplished‘: “In one year Tariffs have rebuilt our Steel Industry – it is booming! We placed a 25% Tariff on ‘dumped’ steel from China & other countries, and we now have a big and growing industry. We had to save Steel for our defense and auto industries, both of which are coming back strong!” (Trump Twitter)

Chin up: Trudeau has plugged a hole in his PMO, hiring his finance minister’s chief of staff, Ben Chin, to become one of his senior advisors. Chin isn’t taking on the exact role left behind by Gerald Butts, who resigned as Trudeau’s principal secretary amid the SNC-Lavalin saga, but Chin—whose name also came up several times in former attorney general Jody Wilson-Smith‘s SNC testimony—brings much-needed campaign experience to the PMO. (CBC News)

Open and honest: Supreme Court Justice Clement Gascon, whose disappearance last week prompted police to issue a missing-person report, revealed that he suffered a panic attack before vanishing. Gascon, who previously announced he will step down in September, also said in a statement that for two decades he has dealt with the “insidious illness” of depression and anxiety, which he can usually treat and control “some days better than others.”:

On the afternoon of Wednesday, May 8, affected both by the recent announcement of a difficult and heart-rending career decision and by a change in medication, I conducted myself in an unprecedented and unaccustomed manner by going out without warning and remaining out of touch for several hours. I can neither explain nor justify what I understand to have been a panic attack, and I wish to apologize most profusely to all those who suffered as a result. This health issue has been taken care of and treated with the necessary medical support. I confirm that I am in good health, and am fully capable of performing my duties as a judge. (Gascon statement)