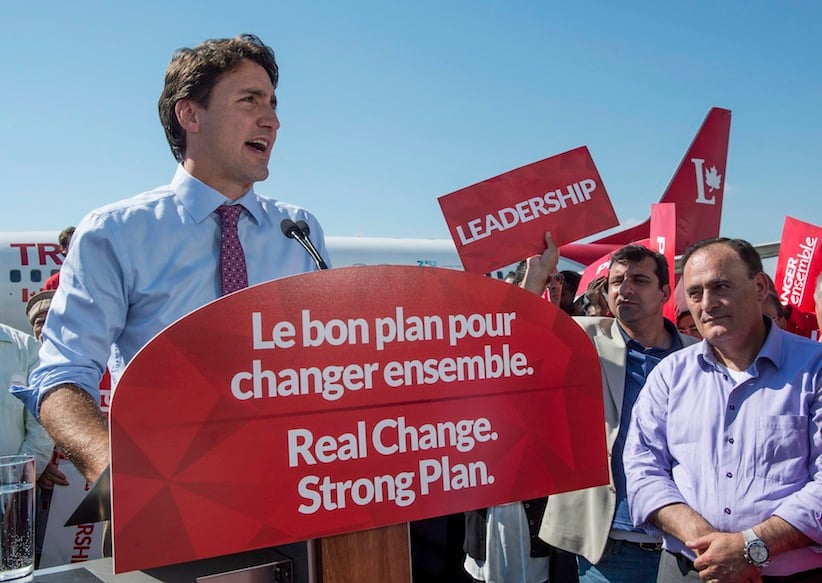 OTTAWA — The federal Liberals say they can add almost $146.5 billion in new government spending over the next four years, and still bring the budget back to balance with an end-of-term surplus of about $1 billion by the end of a four-year mandate.

To get there, the Liberals plan to find billions in savings from eliminating a number of tax breaks, cutting back on government spending and cracking down on tax evasion.

The party released the full costing of its campaign platform Saturday, outlining the billions in new spending and revenues that it is budgeting for the next four years should a Liberal government be elected on Oct. 19.

The promise of a balanced budget could easily be jeopardized if any of those measures should fail to bring in the revenue the Liberals are banking on — and there are still more spending promises to come.

“We are confident in our plan,” said Liberal candidate John McCallum, a former finance critic and Royal Bank chief economist. The plan is based on the latest available figures from the parliamentary budget officer and the bank of Canada, he added, but also allows for a number of economic variables, such as low oil prices and a low Canadian dollar.

“There are many countervailing forces in both directions that may make such forecasts higher or lower, and we would account for that,” McCallum said. “We have already put in prudence that could offset a number of factors that could arise.”

The party says Liberal Leader Justin Trudeau still has to announce $1.17 billion in spending promises for the coming fiscal year — the first that a new government will get to shape with a budget _ that could touch on what the party plans to do for health care spending and climate change.

The Liberal plan calls for a deficit of just under $10 billion in the next two fiscal years, the result of a plan to add more than $33 billion a year in new spending for infrastructure projects and a new monthly child benefit.

“Our major policy thrust is investing in growth,” Goodale said. “That’s the fundamental thing that is so lacking in the Canadian economy today.”

The party, however, has not counted any of the extra revenues from those investments — known as a multiplier effect — into their budget calculations. Nor has the party counted any tax revenue that the government could accrue from the legalization of marijuana.

The plan also exhausts an annual contingency fund of about $3 billion that the federal government keeps on the books for unforeseen circumstances.

The Liberal plan wouldn’t bring the contingency back into play until the fourth year of its mandate, at which point it would start at $1 billion — the amount the party is budgeting for its surplus.

The Liberals also say they would also expand the mandate of the parliamentary budget officer to allow it to check the costing of any promises parties make during federal elections.