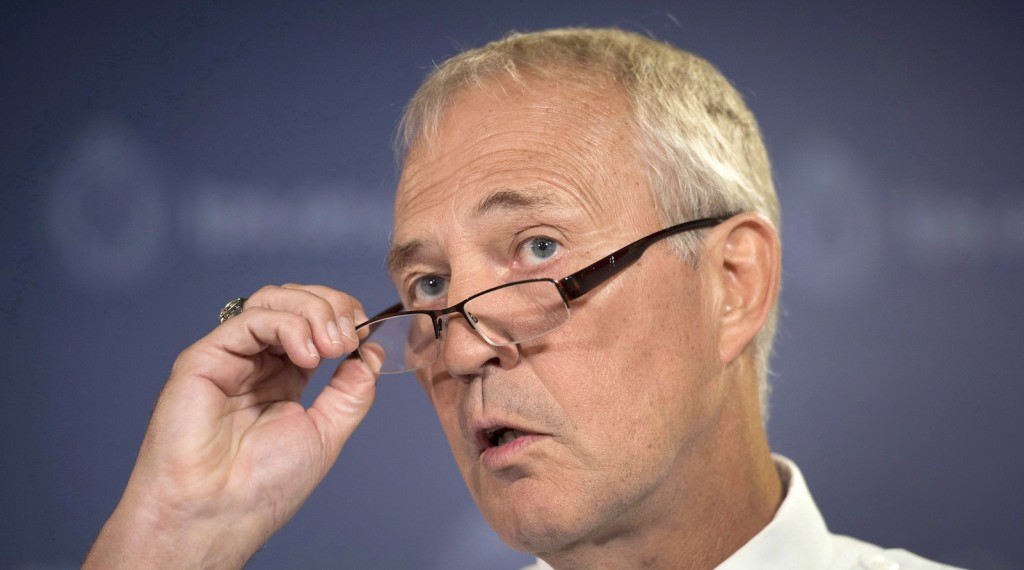 Toronto’s outgoing police chief may not be out of work for long when his contract expires this spring. CityNews has learned that the federal Liberals are wooing Bill Blair for a shot at a second career in politics. Sources within the federal Liberals say the party has been in talks with Blair.

One Liberal source told CityNews that “everyone wants Blair and the Liberals would welcome him.” The chief declined to comment through his spokesman, Mark Pugash.

CityNews has also learned that the Liberals may not be the only party that has reached out to him. According to political analyst Jim Warren, both the Grits and the Tories want Blair to run for them.

“Both the Liberals and Conservatives are very keen on having Bill Blair run for them in the next election,” Warren said. “A star candidate like Bill Blair that can shift a riding from one party to the next is going to be highly sought after … Blair would be a game-changer in any election, in any riding he’d run.”

If Blair does decide to run when his term ends on April 25, there are several ridings still open for the Liberals. In Toronto, the Grits haven’t nominated candidates in Scarborough North, Scarborough Southwest, Eglinton-Lawrence, Davenport and Toronto-Danforth. In the 905 region, possibilities include Durham, Oshawa, Pickering-Uxbridge, Vaughn-Woodbridge, King-Vaughn, Thornhill, Brampton North and Brampton South.

The Liberals released an official statement Tuesday that failed to confirm or deny the report. “We held more than 180 nomination meetings across the county and we will continue in the months to come. We are the party that has held the most contested nomination meetings,” the party said.

“We are having open nominations in all 338 ridings and the process is the same for everyone. All Canadians are welcome to enter our nomination process … Thousands of Canadians have already expressed their interest in being a Team Trudeau candidate and we are still encouraging strong community leaders to join us.”

Blair, 60, has been Toronto’s chief since April 2005, and has been a police officer for 39 years. The son of a cop, Blair joined the force in the ’70s as a way to make money while studying at the University of Toronto. He started out walking the beat in Regent Park and abandoned his goal of a career in law or finance as he moved through the ranks — working undercover in the drug squad, as well as in organized crime investigations and major criminal investigations, before being promoted to the senior ranks.

Blair became the youngest chief of the Toronto Police Service when he replaced Julian Fantino.