Long-term savings plans are in jeopardy for Canadians with disabilities

As a Conservative-era savings program is set to mature, Canadians with disabilities say the Liberals are barring them from tapping their funds 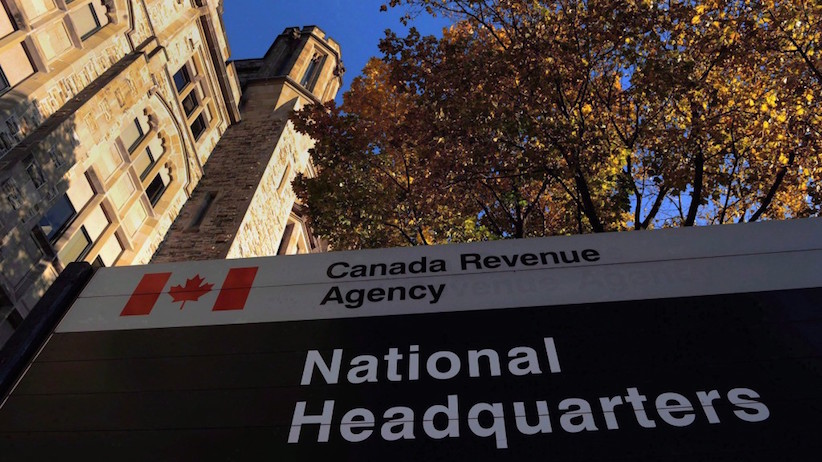 This article has been updated in light of recent announcements from the CRA.

Tom Jackman is an intelligent 41-year-old who spends most of his time volunteering. Not because he’s spectacularly charitable—though there may be something to that—but because he can’t find steady work. He has a business administration diploma, and had worked at the local curling club in St. John’s, N.L., for the better part of the last 10 years, but right now, “work is touch and go,” says Jackman.

Jackman was diagnosed with Asperger syndrome, on the autism spectrum, when he was 29 years old. For the 12 years that followed, he had qualified for the Disability Tax Credit (DTC), which helped alleviate the financial burdens associated with his diagnosis, namely the cost of therapy and chronic underemployment. But back in March, the Canada Revenue Agency reviewed his eligibility for the credit and deemed him insufficiently disabled to receive the tax break. “I don’t think it’s fair,” says Jackman, who chairs the advisory committee for adults on the spectrum at Autism Canada. “If you have a condition, and it doesn’t improve, or it doesn’t change, I don’t understand the [CRA’s] reasons for taking away the credit. For me, nothing’s really changed.”

Jackman is among the droves of people recently claiming to have been denied the DTC after years of qualifying for the credit. Between Oct. 18 and Nov. 29, Autism Canada heard from 142 families who had run into challenges applying for or renewing their DTC. Meanwhile, Diabetes Canada estimates that 80 to 90 per cent of applications from people with Type 1 diabetes—many of whom formerly qualified—have had their claims denied since May.

Earlier this week, the public learned the government had in fact changed the language for the DTC application forms, which critics say has contributed to the increase in rejections. On top of that, doctors have complained that the DTC application form, which is the same regardless of condition, doesn’t allow them to effectively illustrate the degree to which someone’s disability creates daily challenges. This is doubly frustrating for applicants and their advocates who see accountants at the CRA overriding a health experts’ diagnoses and advice.

On Friday morning, following the publication of this article, the CRA announced it will go back to using the terminology on the disability tax credit applications that was used before the number of rejections spiked this past spring. Amid the public backlash, officials also said they will review applications that were rejected since May, 2017, and that, going forward, a new Disability Advisory Committee will inform sound policies and services for people with disabilities.

While the DTC is undoubtedly riddled with problems, being denied the credit itself is often a minor setback for applicants. Indeed, with savings from the credit averaging about $1,500 per year, recipients are hardly hitting the jackpot. Rather, widespread tax credit rejections appear to be a harbinger of a much graver financial blow to folks with disabilities.

In 2008, the Conservative party launched a savings program called the Registered Disability Savings Plan (RDSP). Loosely speaking, for every dollar a person puts into the fund, the government will match it. The idea is to give a group of people who are overwhelmingly underemployed or unemployed a nest egg—potentially hundreds of thousands of dollars—to help cover their living expenses which tend to be higher than average. When the Harper government rolled out the program, they decided people could start tapping into their RDSP 10 years after opening it. The earliest contributors will start accessing their funds on Jan. 1, 2018.

But there’s a catch: in order to have an RDSP, a person needs to qualify for the Disability Tax Credit.

“Imagine someone with a DTC who’s been paying into an RDSP for nine years, and this year they got bounced. All of that [government contribution] is gone,” explains Dermot Cleary, chair of the board of directors for Autism Canada. “When the Harper government created the RDSP, it seems as though they didn’t quite finish the job,” he adds. “It was down the road when it had to be dealt with and no one really thought a lot about what happens if someone is [considered] no longer disabled.”

That’s the scenario Jackman is now facing. After about five years of saving, his RDSP had grown to about $15,000. Now, that fund is stuck in limbo; it doesn’t disappear—yet—but Jackman, nor the government, can contribute to the savings.

According to a CRA spokesperson, people who have had their DTC revoked can keep their RDSP open for a maximum of five years, in case they regain eligibility for the credit. During that five-year window, they can’t add to or take from their savings fund. If after the five years they still do not qualify for the DTC, their RDSP is shut down, and the government withdraws all of its contributions.

“If you were looking at this from a policy standpoint, I can’t imagine that you’d arrive at the conclusion that this is a good idea,” says Kimberley Hanson, director of federal affairs at Diabetes Canada. “Surely the last thing that we would want is for Canadians who live with challenging medical conditions not to be engaged in saving for their future costs. And yet, if I knew that the current situation were to stay in effect,” Hanson adds, “I would tell anybody I knew not to bother with putting money into an RDSP because you will lose it.”

That’s precisely why Kelly Bron Johnson, a board member for Autism Canada, hasn’t opened an RDSP for her eight-year-old son, who has autism, ADHD and childhood apraxia of speech. At the moment, he qualifies for the DTC, but there’s no telling if or when that might end, says Johnson. “I’d rather keep that money for myself and at least know what’s going to happen to it,” she says. “I can put money aside for him on my own. I don’t want that to be stolen from him.”

Tom Jackman, meanwhile, plans to challenge his DTC denial for the chance of reactivating his RDSP. “When we put money in, the government matched it really quickly,” says Jackman. “That’s what made the program so beneficial, and that also could be why the new government doesn’t like it,” he speculates. “Eventually they’re going to have to answer to why they’re doing this to people.”