Left jobless by the global recession? This government cares about you!

Tories say they have big plans for EI reform 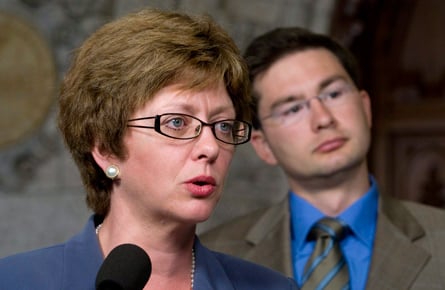 So, hot on the heels of that Globe teaser that ITQ mentioned in her last post comes the official (if still curiously vague) confirmation from the government that, yes, they do still have big plans for employment insurance reform. Well, medium-sized plans, at least:

Government of Canada to Help Long-Term Workers When Parliament Resumes

MONTREAL, QUEBEC – Today, the Minister of National Revenue and Minister of State (Agriculture), the Honourable Jean-Pierre Blackburn, on behalf of the Minister of Human Resources and Skills Development, the Honourable Diane Finley, announced that the Government will introduce measures early in the fall session that will help long-tenured workers who have lost their jobs because of the global recession.

“This will be an important step in helping Canadian workers who have had steady employment and contributed to our economy for years and have become unemployed by no fault of their own,” said Minister Blackburn. “These measures will help ensure that these long-tenured workers who have paid into the EI system for years are provided the help they need while they search for new employment.”

“These measures will help Canadians who have worked hard and paid taxes their whole lives and have found themselves in economic hardship and need a hand up,” said Minister Finley.

There’s no explanation for why the minister didn’t bring this package to the table during the summer of blue-ribboned love, of course, which leaves two possibilities, as far as ITQ can see.

The first is that Scott “Yes, That Scott Reid” Reid does, in fact, have a fully functioning magic eight ball, and those crafty Conservatives had planned all along to allow the EI working group to descend into a very dull version of Lord of the Flies, at which point Diane Finley would swan off to the microphone and save the day with a comprehensive reform package that she just happened to have in her briefcase. The second? That they came up with this idea pretty much on the fly after Ignatieff’s no-he-really-means-it-this-time declaration of non-confidence at last week’s caucus, and figured it would totally throw a spanner in the works as far as the Liberals’ most tender hopes for electoral gains in Quebec and Ontario. And, as the possibly prescient Mr. Reid put it, what have they got to lose?

Really, either way, as Lord Blackadder would put it, it’s a plan so cunning you could put a tail on it and call it a weasel. That is, provided these promised measures will actually provide significant additional support, if narrowly targeted, which means we’re going to have to wait for the legislation to figure out what it means as far as the maybe-slightly-less-looming-today prospect of a fall election.

UPDATE: Commenter JohnG points out that ITQ cannot categorically state that the Conservatives did not bring these proposals to the EI working group, just like she cannot categorically state that Diane Finley did not devote part of at least one meeting to “screaming at the top of her lungs.” With no official transcript, record or minutes, it really is the ultimate he said/she said times five.

Anyway, with that in mind, and with thanks to another commenter who provided the link, here is an article that ran in last week’s Hill Times, in which Pierre Poilievre claims that his party had, indeed, “brought forward some ideas” on “special assistance” for long-term workers, although he gives nothing in the way of specifics, as far as what, exactly, was put on the table over the summer.

And, in the interests of fairness, here’s a PowerPoint presentation put together by the Liberal members of the panel – and sent out by the OLO press office last week — which gives their account of what the working group accomplished:

How we spent our Summer Vacation 6

FILED UNDER: *hums 'one night in bangkok'* down the rabbit hole EI reform Globe and Mail this is not a game