Looking for answers in the case of the missing documents 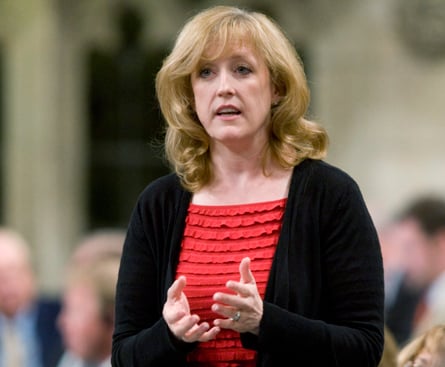 Colleague Wherry is off on secret macleans.ca business, which means that ITQ will be your almost real-time guide to Question Period today — and since Members’ Statements are already underway, she’d best get scampering down the hall so she doesn’t miss a moment.

2:05:05 PM
Greetings, Wednesday QP enthusiasts, and welcome to a special one-time liveblogging experimentacular. I promise to do my best to live up to the high standards for both substance and snark that have been set by BTC, although since I’m doing this in practically-real-time, it may be a bit more of a mad dash, as far as narrative consistency.

Anyway, while I was yammering on about the process, wouldn’t you just know that I was missing out on Shelley Glover’s scathing – yes, *scathing* – indictment of Liberal hypocrisy on — wait, I lost track for a second there. Oh, northern policy, that’s what she’s on about. We’re still in mid-Members’ Statements, by the way — and no, the prime minister doesn’t seem to be here, which is disappointing, although maybe he’s just chatting up backbenchers behind the curtains.

2:14:47 PM
Hey, guess who else is in the House today? Former fisheries and accidentally-government-down-bringing finance minister John Crosbie. I hope he doesn’t make Jim Flaherty nervous. Or nervouser.

2:16:59 PM
And – wow, I owe someone a shiny loonie; the Liberals – in the form of the leader himself – led off with the missing documents, and not employment insurance or something else designed to send every reporter in the place into a stupour. In response, the minister rises — to the wild applause of the Conservative caucus — to assure the House that “corrective action” has been taken. I think she just told us that she offered to resign, but it was rejected — anyway, the important bit is that she blames it on a now defunct, but still unnamed staffer.

Ignatieff is not overly impressed with her response, and gets his outrage on in his supplementary. Was it the same 26 year old staffer responsible for pouring hundreds of millions of dollars into a flailing, failing nuclear reactor? (We’re guessing no.)

Raitt insists that it was all the staffer’s fault; she did, indeed, offer to resign, but it was that staffer who failed to follow proper procedures.

2:22:49 PM
More about that unfortunate staffer from Geoff Regan; the words “ministerial responsibility” once again rear their troublesome head, but the minister sticks to her now familiar response, occasionally being interrupted by the odd yelp of “Resign!” from the other side – the Liberal other side.

2:25:53 PM
Leave it to the Bloc Quebecois to find a sovereignty issue in the AECL nuclear meltdown — Duceppe seems to be accusing the government of somehow humiliating and/or undermining Quebec, not by losing documents, but through the very policies articulated therein.

2:27:53 PM
Wow, this QP thing moves along at a pretty fast clip, huh? The NDP’s Mulcair is up now, and he’s going to let the (still absent)PM’s words speak for themselves — he reads those same quotes on the very very very then-serious business of Bernier’s missing briefs, and challenges the government to explain why it’s different this time around. Somehow, this gives Raitt an opening to suggest that perhaps he thinks only *women* can be subservient, to great yowls of malevolent delight from her caucus colleagues.

2:32:03 PM Carolyn Bennett wants to know why Raitt offered to resign if she didn’t do anything wrong, and Raitt — gives the same answer as before.

Meanwhile, Joe Volpe wants a full investigation into the Royal Canadian Mint; specifically, the matter of the similarly mysterious still missin precious metals. Minister of State Rob Merrifield – who looks like he’s just happy not to be Lisa Raitt at this point – assures him that the matter is being looked into, and vaguely promises some sort of closure in future. (Yes, ITQ is aware that the foregoing question pretty much covers 90% of every answer to every question — at least when it involves a nascent scandal — but she can’t help that.)

2:38:51 PM
James Moore is totally not going to sell off the CBC for parts, y’all. He even has a photocopied report of some sort to brandish defiantly at the Bloc Quebecois when they have the temerity to doubt his devotion.

And – hey, look, Jim Flaherty just popped up. It must be strange for him to not spend most of the first half of QP on his feet. Anyway, he’s not going to destroy the CBC either, although he would like to point out that it’s “prudent” for organizations to periodically review assets and holdings.

2:42:39 PM
Shorter Jim Flaherty: Those Liberals – boy, I don’t know. Pablo Rodriguez looks unswayed by the minister’s efforts to remind him – and all of us – that *they* voted for the budget, including all that stuff about selling off assets. Which is true, but does Flaherty *really* want to remind them how much the government enjoys daring opposition parties to support their bills, only to subsequently mock them for doing so? It seems like an unfortunate juncture for that sort of gentle ribbing.

2:45:29 PM
Somehow, Tony Clement wound up fielding today’s first planted question – something about Ignatieff, and taxes; I’ll spare you the details. Doesn’t he have enough to deal with, what with this whole GM deal/buyout/utter betrayal of C/conservative principles?

Hey,you know what’s weird? Or at least weirdish, by Hill standards? It’s Wednesday — which is at least supposed to be the liveliest QP of the week, what with it being caucus day and all – yet the usual PMO Power Team – Jeremy Hunt, Dimitri Soudas and/or someone else from communications and the speechwriter who looks like a Brontean antihero — is nowhere to be seen. Usually, they fan out across the front row of seats in the government staff gallery. Maybe they don’t bother showing up when the boss isn’t around.

2:57:25 PM
Ooh, it’s Ralph Goodale with a surprise last-minute question for Lisa Raitt: He wants to know whether these documents belonged to her, or Unfortunate Unnamed Now Former Staffer, as well as when, exactly, she became aware that the binder was missing. Raitt – who is looking somewhat the worse for wear – stands up to deliver what was almost certainly the very same response as she did the last dozen or so times she got to her feet — oh, with the exception of that question from the Bloc on the plight of the forestry workers, that is, and way to not give her a break by taking that one by the way, Stockwell Day. You *are* the trade minister, after all. Anyway, Raitt’s reply is drowned out by the now just as familiar burst of applause – this time with a Standing O. You think maybe they’re as tired of hearing it as the rest of us?

FILED UNDER: liveblogging QP where the heck is itq?