Politics Insider for Dec. 21: A few facts to go with Alberta's angry rhetoric towards Quebec, Jim Mattis tells Trump enough is enough, and B.C. opts for the status quo in electoral reform referendum 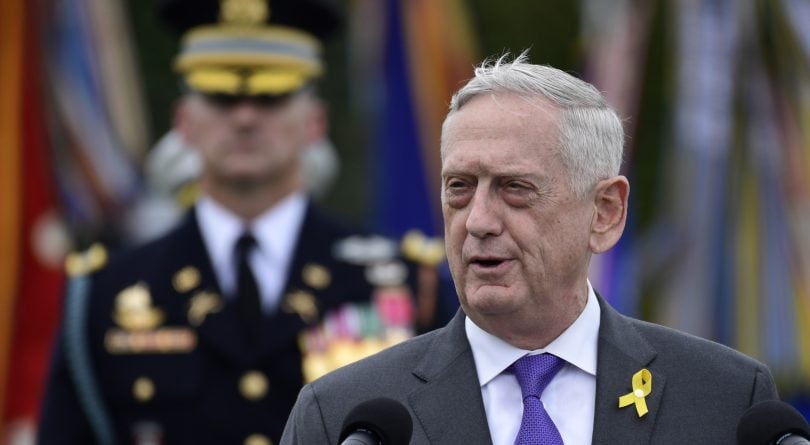 Term limits: The improbable rise of Rachel Notley‘s NDP in Canada’s conservative heartland faces long odds in a spring election. Jason Markusoff looks at whether Notley’s government be the first in Alberta history to only win one term:

For the NDP, this Alberta election won’t be the national project the last one was. In 2015, heavyweights from the Manitoba government and the Layton and Thomas Mulcair camps flew in for a training run. This time, federal leader Jagmeet Singh’s camp is threadbare, while the only other New Democrat government is John Horgan’s in Victoria, which Notley banned her team from helping during B.C.’s last campaign due to the Horgan NDP’s anti-pipeline stance. Trudeau’s Liberals would love to retain Notley as a provincial ally, but as much as Kenney is treating Trudeau like a campaign punching bag (an old Alberta pastime), he would be doing Notley no favours by punching back. For an Alberta New Democrat these days, getting help from the federal Liberals is about as politically appealing as buddying up to the B.C. NDP—like choosing between drinking bleach and ammonia. (Maclean’s)

With Albertans booing local politicians when they speak French and threatening to boycott Quebec companies and products, Alec Castonguay, the political bureau chief for L’Actualité, pens an open letter to the province, providing some details that have gotten lost in the angry rhetoric—like the fact that 53 per cent of Quebec’s oil comes from the West, and that not a drop of oil in the province comes from Saudi Arabia. (Maclean’s)

U.S. authorities accused two Chinese citizens of waging a four-year hacking campaign against government agencies, members of the military and private companies from a dozen countries, including Canada, on behalf of China’s main intelligence agency. Canada’s Communications Security Establishment said in a statement “it is almost certain that actors likely associated with the People’s Republic of China (PRC) Ministry of State Security (MSS) are responsible for the compromise of several Managed Service Providers (MSP), beginning as early as 2016. (Canadian Press)

No, no, a thousand times, no: For the second time in less than a decade B.C. voters were asked to embrace proportional representation, and for the second time they said no. Just 16 of B.C.’s 87 electoral districts supported the electoral reform initiative in a referendum on Thursday. (Vancouver Sun)

Jim ‘Mad Dog’ Mattis resigned as U.S. Defense Secretary Thursday evening, a day after Donald Trump blindsided his advisers and America’s allies by announcing the withdrawal of troops from Syria. Trump tried to spin Mattis’s departure as a retirement on Twitter, but the former General’s resignation letter makes it clear he’d had enough:

My views on treating allies with respect and also being clear-eyed about both malign actors and strategic competitors are strongly held and informed by over four decades of immersion in these issues. We must do everything possible to advance an international order that is most conducive to our security, prosperity and values, and we are strengthened in this effort by the solidarity of our alliances.

Because you have the right to a Secretary of Defense whose views are better aligned with yours on these and other subjects, I believe it is right for me to step down from my position. (The Atlantic)

Two years after his election, Trump is proving his personal creed that power is everything—and damn the cost to his country, writes Allen Abel:

Christmas 2018 finds us Halfway Trump, rounding the turn and heading for home with the finish line in sight in January 2021, give or take a year or three or five. Twenty-four months of astonishment fade behind us; only the saints know how many more we must sustain before, in the words of Abraham Lincoln’s Secretary of War, he belongs to the ages.

As far as we know, Lincoln’s Secretary of War never called his president a moron. (Maclean’s)

Dear reader, that’s all from us in 2018. Thank you for generously giving the Politics Insider newsletter your time and attention this year. We appreciate it immensely, and hope that in some small way we’ve informed and entertained you. The newsletter is going to take a break over Christmas and New Year’s. We’ll return bright and early on Jan. 7. Merry Christmas and Happy New Year.