Manning Manifests: The C/conservatives are coming!

Kady O'Malley will be filing regular dispatches from the yearly event once described as "Woodstock for conservatives." 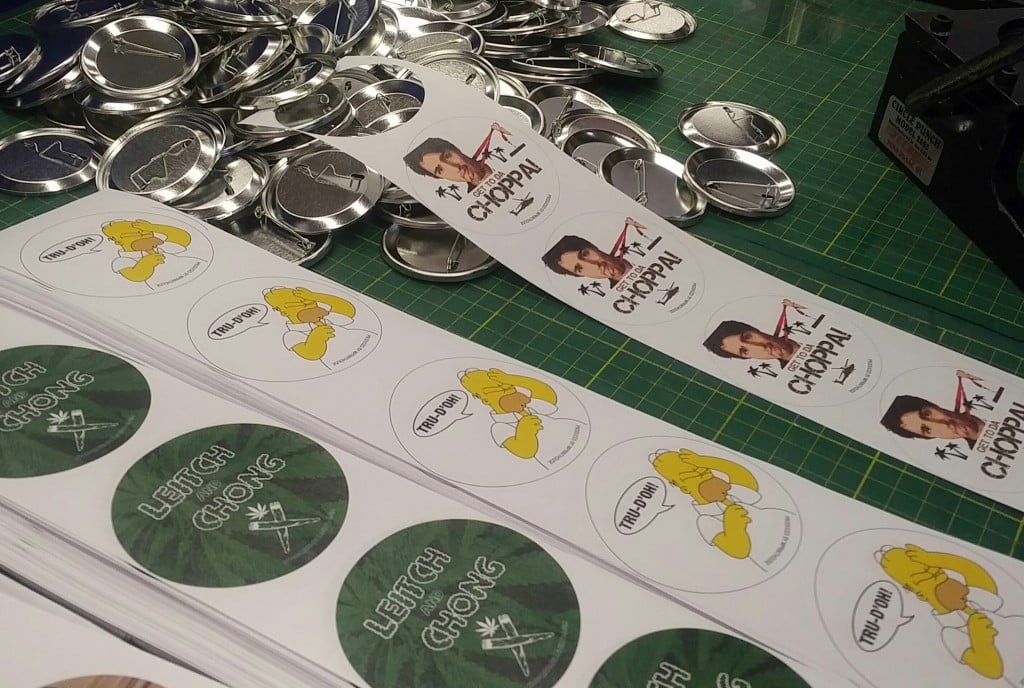 Greetings from an otherwise desolate filing room at the Manning Centre Conference, the annual meet-up once famously, described as “Woodstock for [Canadian] conservatives” of both the small and big-C persuasion and from across that band of ideological spectrum, from libertarians to social conservatives and every shade in between.

The conference itself won’t actually get underway until Friday morning, but patience has never been one of my virtues, which is why I’m already prowling the halls to try to get a sense of the mood within the movement — not to mention take a qukck pick at the proudly partisan swag on display. (Check out those buttons!)

And while I’m here, I may just see if I can stake out a good seat for what is likely the main event: The much-anticipated Conservative leadership debate slated to take place on Friday afternoon, which is likely to be the only time that all 14 or however many there are now hopefuls hit the stage within 100 kilometers of Parliament Hill.

In any case, for the next two days, I’ll be providing updates from the frontlines — which, in this case, includes everything from the panel discussions to the exhibit hall, as well as on and just outside the margins of the official programme.