Was the Manning Conference the whole picture of Canadian conservatism? 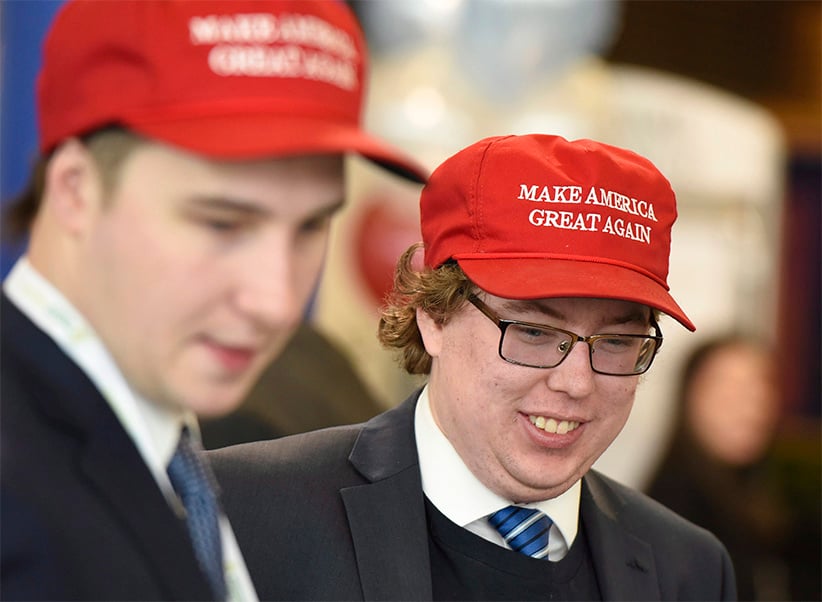 A millennium or so ago when I was in high school, I had an English Lit teacher who, in trying to teach us how to identify the theme of a particular work, suggested that we imagine being tasked with giving a just-landed extraterrestrial a crash course on humanity and humankind using only this one particular book, poem or play for reference.

That pretty much sums up how political journalists see the yearly gathering of small and big-C Conservatives under the Manning Centre banner: an admittedly broad but reasonably reliable indicator of the current state of the movement.

RELATED: Why Conservatives need to shake up their leadership debates

This year, however, we may want to take a slightly more cautious approach in drawing sweeping conclusions based on what unfolded over the course of the now-concluded confab – or, at least, from the official programme.

While the speakers’ list and topics seemed to have been designed specifically to appeal to the Canadian wing of the alt-right movement that helped to sweep Donald Trump into the White House – there was even a keynote speech on whether “Trumpism” could be brought to Canada – there was scant evidence of a simmering populist rage amongst attendees. (Or, at least, any more of one than usual.)

There were, of course, exceptions: the two young men who so proudly showed off their matching Make America Great Again hats as they made the rounds in the atrium and posed for the TV cameras, for instance, or an overheard mention to “social justice warriors” in casual conversation.

They also had no trouble filling the main hall with a few hundred attendees already primed to gasp in collective horror during the discussion on “leading the response to Islamic extremism” or enthusiastically jeer at the idea of “trigger warnings” at the mini-symposium on campus censorship.

RELATED: At the Manning Conference, an alarming view of Islam

But after spending a few hours on the floor, it became clear that a sizeable number of attendees were primarily interested in the Conservative leadership debate, although they also appreciated the opportunity to socialize with like-minded souls from across the country.

Sure, if they had some time to kill, they might pop into the session focused on “the rise of anti-establishment sentiment,” but they would have been just as interested in a panel discussion on legalizing pot or Canadian foreign policy priorities.

There was also a low-key but pervasive sense of audience frustration over the relative scarcity of opposing – or even differing – arguments being aired during those same breakout sessions.

A Saturday morning session that explicitly promised “debate” on the question of carbon pricing drew a standing-room-only crowd to watch one brave panellist valiantly attempt to sell the idea that, actually, turning to market-based forces to combat climate change is a quintessentially small-c conservative strategy.

RELATED: A Trump North revolution? Not so much

It’s also important to remember that, while it doesn’t represent the sum total of the conservative movement, the Conservative Party is going through its first major institutional overhaul since the merger: they aren’t just picking a new leader, but filling the space vacated by the only leader that this current incarnation of the party has ever known.

When the Manning Centre conference rolls back into Ottawa next spring, not only will the next leader be in place, but the party will be gearing up for its biennial convention in Halifax, which will also be the last such gathering before taking on Team Trudeau in 2019.

It may be maddeningly far away, but it still seems more likely to provide an accurate forecast than counting the number of MAGA ball caps and t-shirts on display at the Shaw Centre over the weekend.