The first woman in the Tory leadership race

Politics Insider for Jan. 10: Trudeau says a missile likely hit Flight 752, yet more Tory gossip and Warren Kinsella is in the clear 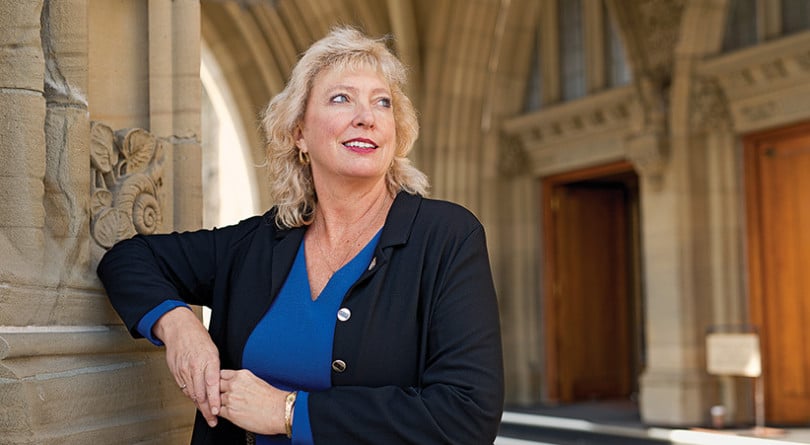 By midday yesterday, reports citing U.S. intelligence sources were claiming Flight 752 was shot out of the sky. The world didn’t wait long for a world leader to corroborate those reports. In a mid-afternoon press conference, Prime Minister Justin Trudeau confirmed that intelligence reports pointed to a missile strike from Iran as a likely cause of the flight’s downing—and reinforced calls for a “thorough and credible” investigation. Read Trudeau’s full remarks here.

Foreign Minister François-Philippe Champagne, whose uneasy task these days is to engage in tricky diplomacy with his Iranian counterpart, released a “readout” of his conversation with Mohammad Javad Zarif yesterday. Their common ground was an exchange of condolences, but then came the hard part.

Champagne condemned Iranian missile strikes that landed in the vicinity of Canadian troops in Iraq. He urged the Iranians to allow Canada access to Iran for consular services and participate in the crash investigation. The Iranians did reportedly invite Canada to participate, though Trudeau would only confirm Iranians have shown “openness” to Canadian involvement. The PM confirmed Iranians would offer Canadian consular officials visas into the country.

Later, Champagne welcomed his British counterpart, Dominic Raab, to the posh Fairmont Queen Elizabeth Hotel in Montreal. British citizens also died on Flight 752, so the aftermath of that tragedy was at the top of their to-do list. The Brits agreed that a missile attack, even inadvertent, was most likely.

On Friday, Iran’s Civil Aviation Chief rejected Canada’s missile theory and challenged Western governments to release their evidence to the public, saying: “If they have the courage, if they have findings with scientific support, they should show this to the world.”

Donald Trump gets impeached—63 Canadians die: Scott Gilmore retraces the sequence of events that culminated in the Flight 752 disaster. It all started with impeachment in the weeks before Christmas and escalated as the U.S. and Iran exchanged missile attacks as 2019 turned to 2020.

Every action has consequences. It’s one of the first things our parents teach us when we’re young. Often, the consequences aren’t immediate or obvious. And, often, they set in motion a chain of actions and reactions that go places, sometimes tragic places, we could never predict.

Bilateralism FTW: Last June, when Trudeau and Trump sat down in Washington, they tackled a daunting laundry list of an agenda. They made time to talk about mutually bolstering cross-border trade in rare-earth minerals, the sort of which end up in smartphones and fighter jets. The goal: take less of the stuff from China. Yesterday came the latest announcement: a joint action plan on critical minerals collaboration. Progress! [The proof]

Tory scuttlebutt: There are so many anonymous Conservative sources claiming close proximity to potential leadership contenders that they’d probably register as an identifiable group in the next census. Anyway, the latest word from the National Post‘s John Ivison is that Peter MacKay—contrary to other sources’ reports—is in. That’s what MacKay, who apparently is arranging a leave of absence from his law firm, is said to have “told confidants.” Official confirmation TBD. [National Post]

She’s in: Marilyn Gladu, a Conservative MP from southwestern Ontario, is the first member of her caucus to jump into the leadership race. She told CBC News: “I have the money, I have the backing, I have a campaign manager. I have folks to do communications, policy and strategy. I’ve got a travel coordinator. I’ve got a chair in every province of the country. So we’re ready to go.” Maclean’s devotees might remember Gladu won a parliamentarian of the year award as Most Collegial in 2016.

Say it together: Warren Kinsella’s Daisy Group didn’t break elections law during the last campaign. There was an investigation and everything, but Elections Canada officially sounded the all-clear. [Globe and Mail]