On Thursday, the minister for democratic institutions expressed disappointment in a committee's work and report 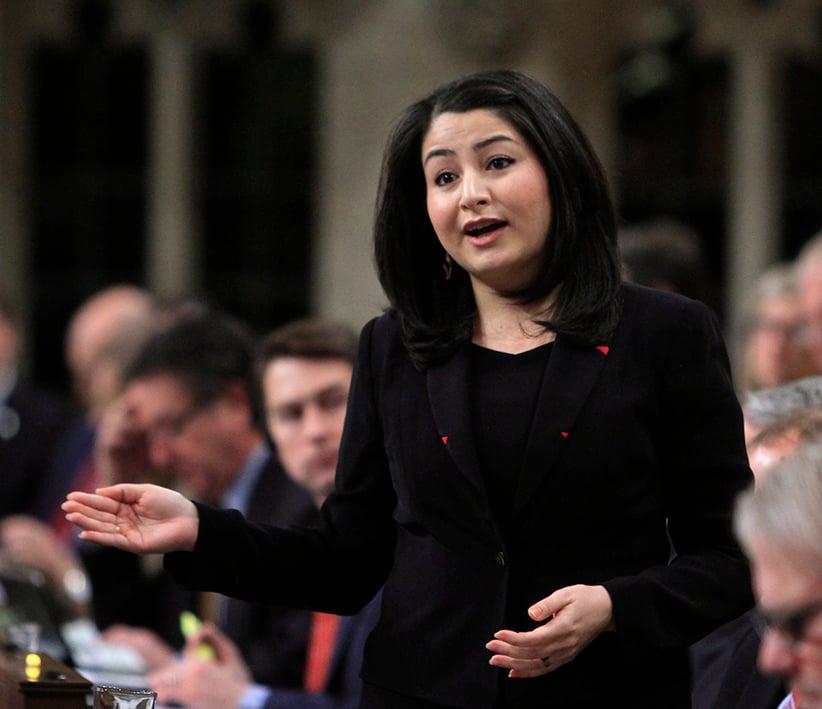 OTTAWA – Prime Minister Justin Trudeau took another step back from his promise to overhaul Canada’s democracy Friday while the minister in charge of the file apologized in the House of Commons for incendiary comments she made the day before.

Democratic Institutions Minister Maryam Monsef expressed “deep regret” for angrily calling out the committee that was examining the issue, accusing its members of failing to properly carry out their responsibilities.

During the 2015 campaign, Trudeau was emphatic: the October election would be the last in Canada to take place under the oft-maligned “first-past-the-post” system, which critics have long said doesn’t properly reflect the popular will of voters.

His own MPs on a special committee studying electoral reform have essentially urged him to abandon that pledge, and on Friday he appeared to be in the early stages of doing exactly that.

“Electoral reform is an issue that is important to me, it’s important to a whole bunch of Canadians across the country, (but) it’s one that not every Canadian is involved and aware of, or passionate about,” Trudeau said.

Most Canadians are more seized with pocketbook issues, he said: their personal finances, their jobs, the economy at large and the environment.

The town halls, consultations and committee work, he explained, was all aimed at figuring out whether there is a general consensus among parties on a way to move forward on electoral reform.

“There doesn’t seem to be,” Trudeau said.

“There seems to be a consensus around maybe a referendum from some parties, but that doesn’t get us forward on what kind of system might actually suit the majority of Canadians because there wasn’t agreement on that.”

Letters from the general public, sent to Trudeau this past spring shortly after the Commons committee was formed, suggest otherwise.

In nearly 200 pages of messages that date back to May, some staunch Liberal supporters threaten to abandon the party over electoral reform without a national referendum on the question of changing the voting system.

Most of the writers support replacing first-past-the-post with proportional representation, and urge Trudeau to heed the heed the recommendations of the committee.

The messages were obtained by The Canadian Press under the Access to Information Act.

“I have been a great supporter of yours and the Liberal party, but that would change permanently without a referendum,” one letter reads.

“Even the fact that you would consider such an action has caused me to seriously reflect on what I thought Liberal ideals were.”

MORE: The circular logic and mixed messages on electoral reform

Another writer familiar with Europe’s various electoral systems warned there’s no one perfect solution for Canada: “All I ask is that you allow Canadians to decide whether or not to change the rules of their democracy by using the most democratic method – a referendum.”

The opposition-dominated committee’s majority report released Thursday recommended a new proportional voting system along with a national referendum to gauge public support for it.

But Monsef took the non-Liberal committee members to task, accusing them of shirking their duties. She accused the committee of failing to present a specific replacement option, even though its mandate was to “identify and conduct a study of viable alternate voting systems to replace the first-past-the-post system.”

Despite Friday’s apology, Monsef has not yet indicated whether the government would accept the recommendations.

The Liberals will mail postcards to every household directing them to government-run online consultations starting Monday. Trudeau said Canadians won’t be asked to choose from a list of systems, but instead to focus on what values they want to see reflected in their electoral system.

“It’s a challenging issue, but it’s one that I am very, very much taking seriously.”