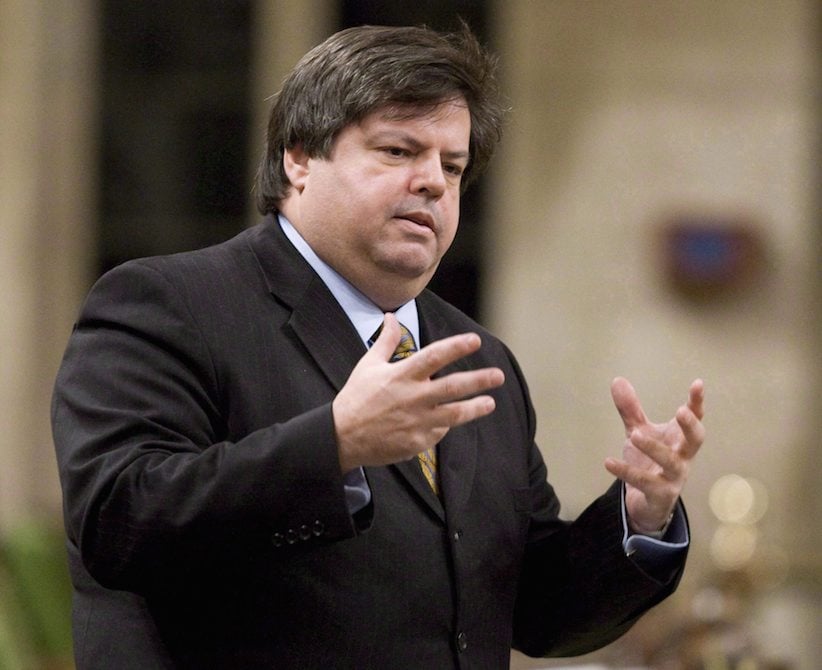 OTTAWA — Liberal MP Mauril Belanger is losing his own singing voice but that’s not stopping him from trying — for a second time — to change the English lyrics to O Canada to make the national anthem more gender neutral.

The veteran Ottawa MP, whose vocal cords have been weakened by Lou Gehrig’s disease, is determined to end the song’s inference that patriotism is something felt exclusively by men.

Hence, soon after Parliament resumes work today, he intends to table a private member’s bill that would alter two words, changing the second line of the anthem from true patriot love “in all thy sons command” to “in all of us command.”

Belanger introduced an identical bill in the last session of Parliament; it was defeated at second reading last April by a close vote of 144-127.

At the time, MPs from all the opposition parties supported the change but almost all Conservative MPs voted against it.

With the Liberals now in the majority, Belanger should have little trouble finally ensuring that women feel equally included in the national anthem.

Passage of the bill would be a fitting legacy for Belanger, who was diagnosed just a month after the Oct. 19 federal election with amyotrophic lateral sclerosis, commonly known as Lou Gehrig’s disease. It is an incurable, progressive, neurodegenerative disease that causes muscle weakness, paralysis and, eventually, respiratory failure.

“I remain committed to proposing this legislative initiative,” Belanger said in a recent posting on his Facebook page.

“I intend to table my bill when the House of Commons resumes in late January 2016 and can expect to initiate the debate on the bill around April.”

Belanger said the objective of the bill is to “pay tribute to all the women who have worked and fought to build and shape the Canada that we know today … to at long last honour their sacrifices and contributions.”

O Canada was originally composed by Calixa Lavallee in 1880, with French lyrics by Sir Adolphe-Basile Routhier.

It took about 20 years for the song to surface in English Canada, where various versions of the lyrics were tried out.

Belanger has noted that his proposed change would actually return the lyrics closer to one of the versions most widely used in the early 1900s: “True patriot love thou dost in us command.” That line was changed to “in all thy sons command” at the time of the First World War, presumably to honour men in the armed forces, according to The Canadian Encyclopedia.

The last time the English lyrics were changed was in 1980, when O Canada was officially adopted as the national anthem. At that time, repetitive phrases were replaced with “From far and wide, O Canada” and “God keep our land, glorious and free.”

Since then, there have been at least 10 attempts to change the second line to include women _ all of which have failed.

In a bid to persuade Conservatives that Canadians are not averse to modernizing the anthem, Belanger last spring commissioned his own poll which suggested almost 60 per cent favour his proposed wording. All but five Conservative MPs voted against his bill anyway.

Presenting the most compelling images from the past seven days, as selected by the Maclean’s photo department. 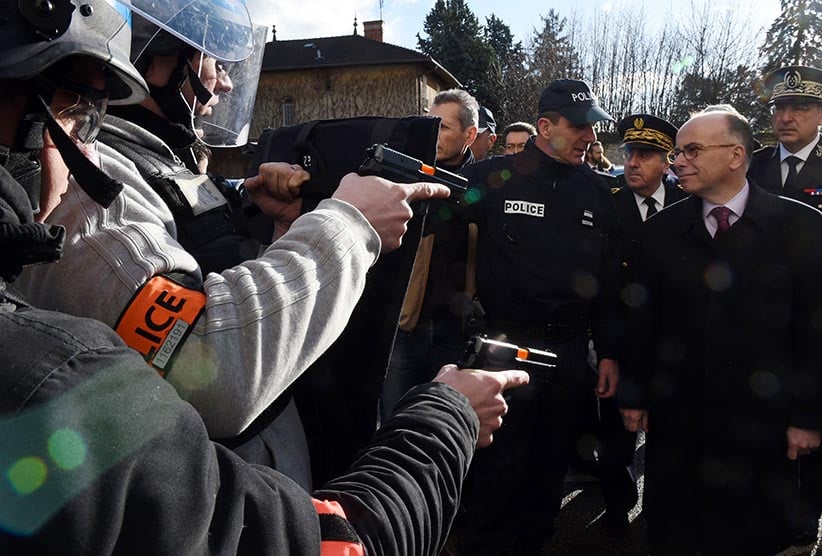 French interior minister Bernard Cazeneuve (R) speaks with members of the BAC (Brigade Anti-Criminalite -anti-crime brigade) during his visit at the Saint-Cyr national school of police to deliver his New Year's wishes to the French national police on January 15, 2016 in Saint-Cyr-au-Mont-d'Or. (Philippe Desmazes/AFP/Getty Images)