Elizabeth May does it her way

Politics Insider for Nov. 5: May's days as leader are done, behind the vitriol targeting McKenna and a political dynasty we can all live without 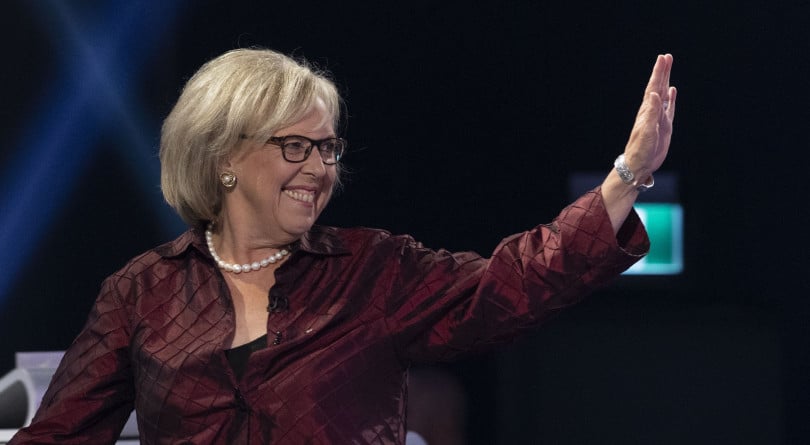 Elizabeth May made official what she has hinted at several times since the election — that was her last campaign as leader of the Green Party. “Effective today, I am no longer leader of the Green Party of Canada,” she said Monday, after 13 years at the helm. In naming deputy leader Jo-Ann Roberts to be her interim replacement, May said she wanted to “choose my own time of going, I want to choose a time when we’ve done better than we’ve ever done before.” The party has a leadership vote scheduled for next October. In the meantime May will stay on as Parliamentary caucus leader for the party.

The Green Party after May: Her departure should have happened well before the last election, writes Paul Wells, who notes that under new leadership the Greens have a chance to right themselves after last month’s disappointing results, if it’s not already too late:

To consider what’s possible for the Green Party, imagine what might already have happened if a national ecologist party had been led by an adaptable, new-media-savvy leader in the election campaign that ended last month. Imagine a leader who had built the party into a platform for a reasonable number of nationally-known spokespeople on major issue portfolios—foreign affairs, finances, transportation, national defence.

Imagine a mid-campaign visit by the teenaged climate action activist Greta Thunberg that wouldn’t seem unintentionally marginalizing to Canada’s national ecologist party, because that party had a leader who could put Thunberg’s visit into a Canadian context in ways that were persuasive to the millions of voters who spent the autumn shopping around for a party that expressed their hopes. While we’re shooting for the moon, imagine a party with a vigorous presence on 30 college and university campuses, one that could make a case for itself as the natural home of environmentally-conscious young voters and activists.

Famous last name, check: While we’re on the topic of departing leaders, or more precisely leaders who an unknown number of party members wish would depart, Andrew Scheer endured another day of speculation about who might replace him as Conservative leader. Monday was Mulroney Day, as in Ben Mulroney, after a Toronto Sun columnist wrote that the CTV host’s name “is already being floated by former Conservative MPs and staffers.” Whether Canadians are ready for a dynastic Trudeau-Mulroney showdown, Mulroney shut down the notion, or at the least played a good game of hard to get, tweeting a quote from William Tecumseh Sherman: “If drafted, I will not run; if nominated, I will not accept; if elected, I will not serve,” then later addressing the question on TV: “No, no, no.”

Why would anyone hate Catherine McKenna?: As the face of the climate change file, Catherine McKenna has endured a torrent of vile abuse. The most recent high-profile example of this was the vile slur scrawled across the window of her campaign headquarters, but also in the daily torrent of online abuse she endures. Shannon Proudfoot looks at what’s behind the intense vitriol directed at McKenna and finds a powder keg of anxiety, resentment, and a lot of anger:

Climate change has become a full-blown culture war in Canada. And as with all culture wars, the debate has tipped long past being about the issue itself or the best policies with which to address it, and has become instead about all the other sprawling, simmering societal fissures that have been grafted onto it.

As a Canadian right now, you are not merely for or against a carbon tax or a resource development project or a real plan to address the howling crisis of climate change; you are instead a patronizing, coddled elite who knows and cares nothing of normal people with real bills to pay, or an ignorant hillbilly who will stuff your oil-streaked fingers in your ears and hum loudly until the planet burns away beneath your cowboy boots. You either hate the swath of the Canadian map labelled “Alberta” and “Saskatchewan” and everyone who lives there, or you loathe an entire generation of children and teenagers terrified of their impending annihilation. You must either want to kneecap the economy or the environment.

And at the centre of this maelstrom of regional resentments, bone-deep fears and genuinely difficult policymaking stands McKenna and a handful of other prominent women working on the same file, subject all at once to both the smouldering resentments that still cling like barnacles to powerful women, and to the seething tensions around climate change. Read more ››

Independent independents: As The Tyee first reported, 11 Canadian senators ditched their old caucuses to form the independent Canadian Senators Group, a counter to the Independent Senators Group (who comes up with these names?) from which several of the new CSG senators defected. The mission of the new group is to bring stronger regional representation to the Senate floor and committees — five of the senators represent B.C., Alberta or Saskatchewan — since the group now has the mass to qualify for staff and research funds. But it’s not clear to what extent the move is a reflection of Western alienation. Former Conservative Sen. Scott Tannas, the group’s interim leader, told CTV the Wexit movement is driven by “business people, the unemployed, young and old who have a real feeling. Albertans and Westerners are looking for action on the issues that matter to them in terms of their employment and wellbeing.” But he also denied the CSG was a result of frustration in the West, and was more about guarding against “the tyranny of the majority over the interests of minorities and at the expense of the regions.” As for Wexit, the group’s organizers filed paperwork with Elections Canada to have it registered as a political party, even as more attention is being paid to the far-right conspiracies peddled by its founders.

Who’s in, who’s out, who knows?: More cabinet speculation, this time from the Globe and Mail’s Ottawa bureau. Among the rumoured plans: a beefed-up focus on climate change and green jobs, with François-Philippe Champagne moving from Infrastructure to Innovation, Alberta-born foreign minister Chrystia Freeland taking on Intergovernmental Affairs and Catherine McKenna switching from Environment to Foreign Affairs or Justice.