David Moscrop: The Privy Council clerk's soliloquy—though not objectively wrong—sowed confusion and suspicion of partisanship. Isn't that what he's trying to stop? 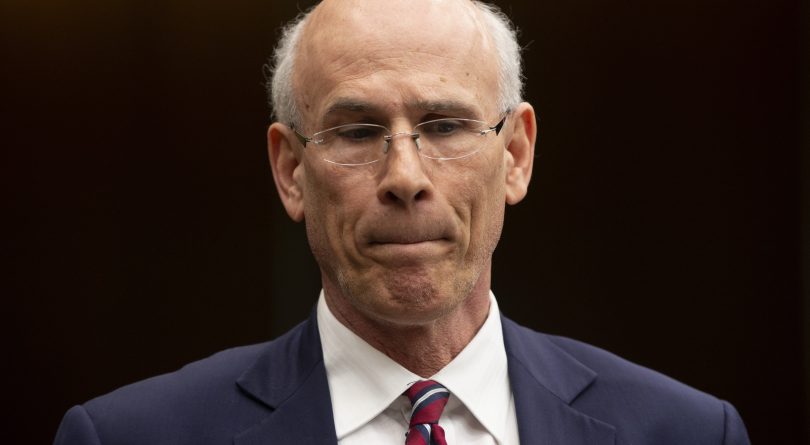 While much of the country is going about its day-to-day business, the SNC-Lavalin/Jody Wilson-Raybould affair has overtaken Ottawa and the front pages of newspapers throughout Canada. A complicated matter of ethics and law, of dates and times and personalities, of partisan games and media speculation, the knotty issue has become a matter in the public interest that must be unraveled as soon as possible. To that end, the House of Commons Committee on Justice and Human Rights is investigating the government’s consideration of a deferred prosecution agreement for the engineering firm.

On Thursday, the committee called Privy Council Clerk Michael Wernick—the nation’s top bureaucrat, deputy minister to the prime minister, and secretary to the cabinet—to testify about who said what to whom about SNC-Lavalin, when they said it, and why. That makes sense. Wernick is a longtime, respected public servant whose time in government stretches back decades and includes service under Liberal and Conservative prime ministers. And as the chief of the Privy Council Office, which acts as the civil service support organization for the prime minister and cabinet, he would have been a part of discussions about what the attorney general can and cannot do in such matters as a deferred prosecution agreement and, equally, what Trudeau and his office can and cannot ask her to do. So far, nothing to see here.

In the 4th century B.C.E., Aristotle talked about phronesis. It means wisdom, more or less. But the ancient Greek philosopher built out the concept in a particular way, casting it as what we call practical wisdom, or doing the right thing, the right way, at the right time, for the right reasons. You might say that practical wisdom is concerned with how to act in good ways. It’s a useful concept and one we’d do well to apply in our personal and professional lives as much as possible. In fact, the health of our democratic institutions and the public sphere might depend on it.

Wernick’s testimony included references to extreme partisanship, the dangers of shouting treason and incitation to violence, and the decline of democratic institutions at home and abroad. He even worried aloud that someone might be shot as aggravating political rhetoric pierces our civic discourse. He’s not wrong. Nor is he a partisan, as some are suggesting, despite unnecessary and over-the-top praise for the current government. Moreover, it seems that his point is that these concerns may be related to the SNC-Lavalin affair through the cynical and hyperbolic politicization of the matter. But here’s where things turn.

To the extent that Canadians are even aware of Wernick and the position of clerk of the Privy Council, they tend to think that the duties of that office should be carried out quietly and without great drama. Ditto for other officials and public servants. Thankfully, in Canada, the public service is professional and it is typically non-partisan. It’s also world-class. But if public servants or officials are in the news, then there’s probably something wrong. The consensus seems to be that we ought to let politicians grandstand, to let members of Parliament be the story, to let the folks we vote for act as our pace cars or guides, and—finally—to let elected representatives be held accountable. Wernick’s testimony seemed to violate that expectation at very much the wrong time, thus adding fuel to what’s already a raging national dumpster fire.

As correct and important as Wernick’s opening statement to the committee and subsequent testimony was, his Cicero act—heavy rhetorical flourishes in the stately spirit of the ancient politician and orator—while both understandable and laudable in its presumed ends, didn’t live up to the standard of practical wisdom that our officials and public servants should keep. What Canadians need right now is facts. Boring. Dry. Plain. Direct. Facts. As much as those in the public spotlight might want to cry, with justification, O tempora o mores! (Oh the times! Oh the customs!) in observation of the SNC-Lavalin mess, a committee investigation into a sensitive and complicated matter is neither the time nor the place. Once more, it isn’t that such observations are wrong; it’s that they’re not helpful and they probably won’t achieve their desired ends—and they risk making matters worse by sowing confusion and misplaced suspicions of partisan motivation that undermine the goals of their speaker.

Even as Wernick spoke, his words were already becoming a Rorschach test for partisans and others following his testimony who saw the worst—or the most tactically advantageous—in what he said. Sadly, that fact is evidence that what he laments is indeed a problem. But wise officials and public servants ought to take a moment to consider the best way for them to support healthier public discourse and a safe and productive public sphere—and that’s by locking it down and choosing their words with extraordinary but essential care.