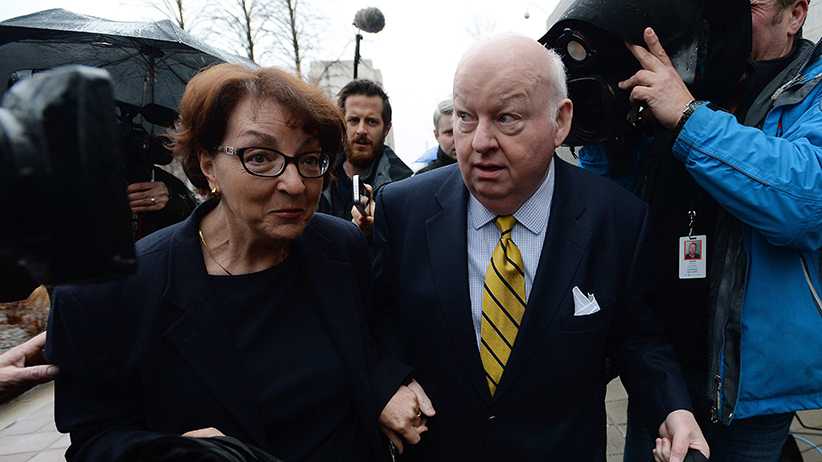 Across the street from the Ottawa courthouse on Elgin Street is the little yellow building where for many years my grandfather, a piano player, took requests in the lounge upstairs.

The Ottawa courthouse wasn’t there then—it used to be on Daly Avenue, with another bar across the road where the lawyers and judges knocked shoulders with the hoodlums. The Stopwatch Gang, that team of crackerjack bank robbers whose split-second timing bust them into vaults across North America, scooping millions, once hung out there—Ottawa was more or less the gang’s hometown, after all—and when a couple of their associates split town mid-trial, they threw the goodbye party right there at the Daly Avenue spot. (I once interviewed a Stopwatch member’s lawyer, off the record—he had since become a judge—and you could hear he was still charmed by the rascal, and spent the whole call rhapsodizing.)

The place on Elgin where my grandfather played was called Friday’s—now it’s Beckta, which to my ear sounds like an over-the-counter solution to indigestion—and my grandfather, Lyle Köhler, could play whatever you threw at him. I seem to remember him coming home late at night, wearing what I took as a kid to be a tuxedo. He’d played the piano in the RCAF Streamliners, the Royal Canadian Air Force swing band, during the war, performing Chattanooga Choo Choo like a good Canadian at the Battle of the Bulge, with paratroopers dropping all ’round.

Later, back in Ottawa, he and my grandmother both joined the public service, just to make enough money to sing and play jazz, or head over to what was still then called Hull, in Quebec. They’d cross the Chaudière Bridge to the Standish Hall dance hall, or the Alexandra, once called the “bridge of a thousand thirsts” for the transport it afforded to Alcohol Heaven, in the days when Ontario was still dry.

Hull was “Little Chicago,” and the gamblers and tavern boys ran city hall, but Ottawa was full of characters all its own.

My dad, a fan of the city, once penned a love letter to it, sending it to the Ottawa Citizen, in which he waxed nostalgic for when the place still had a decent pool hall.

“Carrie’s billiards and bowling, on top of Zellers and just opposite Sherman’s Music Land and Sharry’s Restaurant, was essential cool, especially if one got to watch Budgie, Ottawa’s then top-gun pool pro,” he wrote (my father’s name is Richard). “These were the days, too, when the slightly older ones frequented the La Touraine at Laurier and Elgin; the Connaught opposite the War Memorial; the Plaza on lower Sparks, the Chateau’s Snake Pit or the Belle Claire to sample Sammy Koffman’s famous sandwiches.”

Why bring any of this up, in a space meant to be devoted to the tribulations of one Sen. Mike Duffy, on trial at the new—well, it opened in 1986—Elgin Street courthouse, for 31 bribery, breach of trust and fraud charges?

Apart from the fact that court let out early today—on a count of a slight disagreement between the Crown and defence over disclosure—the only thing that happened of note was an autopsy of the paper-trail relationship between Duffy and his pal Gerald Donohue, whose companies enjoyed $65,000 in contracts from the senator’s office, for which money Duffy got, it would appear, not much at all.

This is the Ottawa most people outside the capital know—the Ottawa that’s animated by memoranda, references to fiscal years, requests for service contract approvals—most of these, we hope, describing real work that actually got done and was of service to someone.

“These are contracts that are more contextual than directly relevant,” Crown prosecutor Jason Neubauer, walking us through the paperwork, told Justice Charles Vaillancourt at one point, if that captures any of the flavour of the proceedings today for you.

Duffy arrived in Ottawa as a city hall reporter in the early 1970s (doubtless he frequented that bar with the crooks on Daly; he may even have heard my grandfather at Friday’s). This was the old Ottawa-Hull before the Standish dance hall came down, replaced by the mushrooming Terrasses de la Chaudière federal complex—a brutalist cathedral to bureaucracy—and that place was still one of colour and even, from time to time, romance.

You could almost hear a hint of the old days in a note Duffy wrote to the beancounters at the Senate, which read in part: “It has been brought to my attention recently that my general office budget has depleted quite significantly.” We’d like to run a tab at the bar across from the courthouse, you can almost hear someone say. Would you spot us?

Day four: The subject of honour and the genie of Cavendish