Mike Duffy takes the witness in his own defence 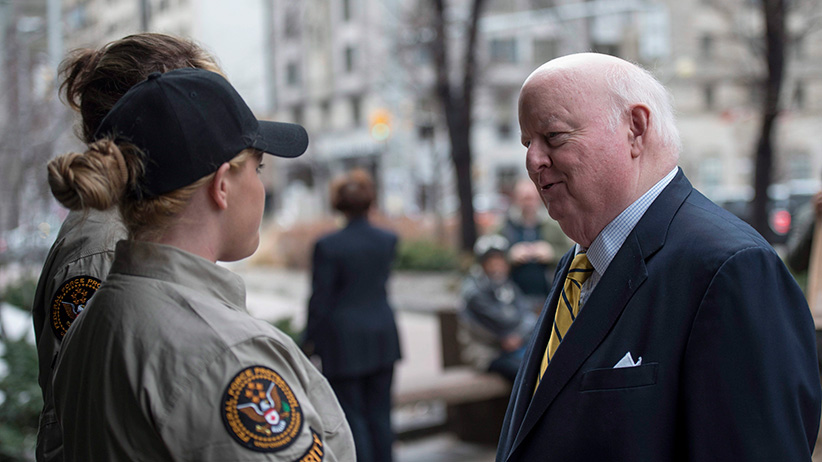 OTTAWA _ Sen. Mike Duffy has finally begun testifying in his own defence against 31 charges of fraud, breach of trust and bribery.

The controversial senator’s testimony comes some eight months into Duffy’s protracted criminal trial, which has been slowed by adjournments and delays in scheduling witnesses.

The Crown has wrapped up its case, leaving the field to Duffy and the defence.

Duffy and his lawyer, Donald Bayne, have long promised that the former member of Stephen Harper’s Conservative caucus would testify on his own behalf, defend his use of Senate funds and clear his name.

The last time Duffy spoke publicly about the spending scandal was in the fall of 2013, when he gave two dramatic, angry speeches on the floor of the Senate.

He has pleaded not guilty to 31 charges that relate to his living, travel and office expenses, as well as the $90,000 clandestine repayment of some of those claims by Nigel Wright, Harper’s former chief of staff.

Duffy’s defence has focused on the idea that Senate rules were vague and confusing and that Harper’s officials railroaded him into telling the world he had repaid the contested expenses when he hadn’t.

Related reading: A rough guide to the charges against Mike Duffy

Bayne has repeatedly pointed out that the Senate offers few definitions of what constitutes legitimate Senate business or how to determine a senator’s primary residence.

A 2010 outside audit by firm Ernst & Young found “a lack of clear guidance and criteria” that would help senators understand what was a “parliamentary function” and what the Senate would pay for.