Why using the word genocide matters 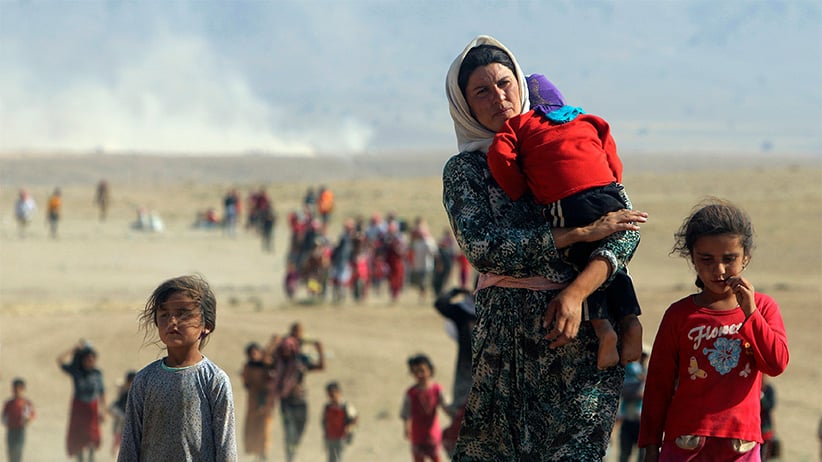 Displaced people from the minority Yazidi sect walk towards the Syrian border on the outskirts of Sinjar mountain near the Syrian border town of Elierbeh of Al-Hasakah Governorate in this August 11, 2014. (Rodi Said/Reuters)

It was a horribly suitable postscript to the spectacle that the House of Commons had been making of itself all week in the matter of Islamic State’s continuing genocide of the minorities within its bloody reach in Iraq and Syria. Or, if you prefer Foreign Minister Stéphane Dion’s way of putting it, Islamic State’s continuing atrocities, which of course we deplore and condemn but which do not constitute genocide unless and until some sort of internationally recognized legal authority says they do.

On Sunday, in the Syrian Kurdish city of Qamishli, dozens of Syriac Orthodox Christians were injured and three Syriac militiamen were killed when a suicide bomber detonated himself after failing to get inside a crowded meeting hall where church patriarch Moran Mor Ignatius Aphrem II was presiding at a commemoration of the 101st anniversary of the beginning of the Ottoman Turks’ genocide of Assyrians and Armenians in the city.

What made Sunday’s atrocity an even more cruel denouement to the Parliamentary debate is the fact that the debate about the word for the depth of depravity that ended up being called “genocide” (which is what the arguments in the House of Commons were ostensibly about) began, coincidentally, in Qamishli and in the dozens of towns in the vicinity where Christians were massacred by the tens of thousands in the early years of the 20th century.

Although the term “genocide” was first employed in legal proceedings in the 1945-46 Nuremberg trials, the courageous Polish prosecutor Raphael Lemkin, who coined the term and served the prosecution at Nuremberg, had begun his efforts to codify the crime of attempts to extinguish human societies years earlier, after his study of the massacres of Assyrians and Armenians. At the October 1933 proceedings of the League of Nations in Madrid, Lemkin mounted a valiant effort to persuade the gathered ambassadors to define and agree to punish the crime of what we now call genocide. He failed.

It wasn’t until the Convention on the Prevention and Punishment of the Crime of Genocide was ratified by the United Nations in 1948 that Lemkin’s proposed law was given at least the appearance of force and effect. Another half-century would pass before the Rome Statute of 1998 established the International Criminal Court to prosecute those guilty of the crime of genocide.

MORE: Did the Liberals have to wait to call ISIS genocidal?

In the case of non-signatory states like Syria and Iraq, the UN Security Council is mandated with enforcement of the International Criminal Court’s jurisdictions in matters of genocide, war crimes and crimes against humanity. So it is up to the Security Council, Prime Minister Justin Trudeau says, to put in place a legal mechanism to determine whether Islamic State is committing genocide.

“We do not feel that politicians should be weighing in on this first and foremost,” Trudeau said, which contradicts exactly what the genocide convention expects the world’s politicians to do. “Determinations of genocide need to be made in an objective, responsible way. That is exactly what we have formally requested the international authorities weigh in on,” Trudeau said, which is also exactly what France asked the Security Council to do two years ago, in May 2014. It didn’t work. Predictably, China and Russia used their vetoes to prevent the Security Council from referring the myriad crimes against humanity being committed in Syria to the International Criminal Court, lest the French resolution hurt the feelings of Syrian mass murderer Bashar al-Assad. 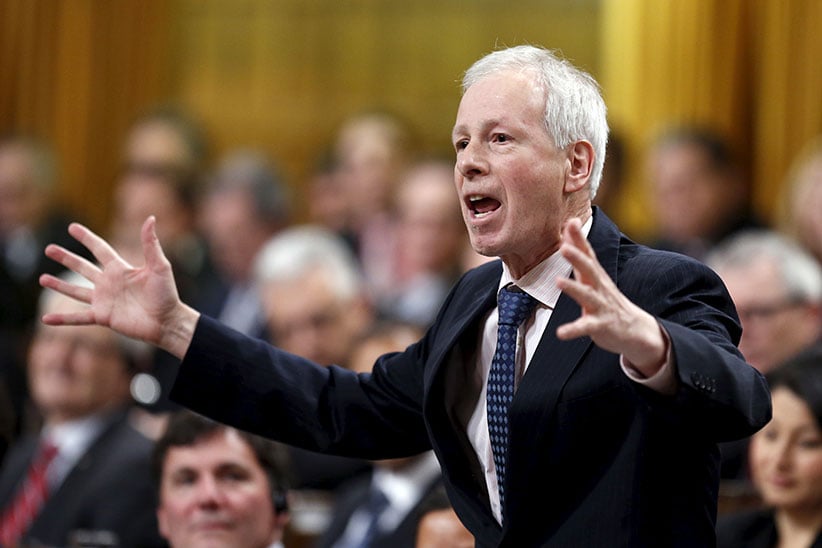 In the House of Commons, variously misleading and contradictory accounts of Islamic State’s genocide were marshalled by both the Conservatives and the Liberals against each other. In the end, the Liberals voted against a Tory motion calling on the House to admit what everybody except a fool or a liar will know to be true: that Islamic State atrocities constitute genocide.

“There is a need for further independent investigation,” Dion insisted, showing not so much as a blush of embarrassment when the UN High Commissioner for Human Rights released an exhaustive report, which confined its investigations to Yazidis in Syria, concluding that Islamic State is indeed committing crimes against humanity that unambiguously meet the threshold of genocide. Dion’s response: Well, okay then, with the Yazidis in Syria, it’s genocide. But it won’t make any difference: Canada will continue doing what it’s doing with the American-led coalition against Islamic State, and our troops are in any case confined to Iraq.

It was commonplace to hear it said, after the Bosnian genocide kicked off in 1992 and the Rwandan genocide erupted in 1994 and the Darfur genocide began in 2003, that the “international community” had learned nothing since the Holocaust. After Islamic State, a more relevant question might be whether Canada or its allies have learned anything since the Ottoman massacres of the Assyrians and Armenians of Qamishli, 101 years ago.