Morning memo: Are Harper's odds of a majority going down with the market? 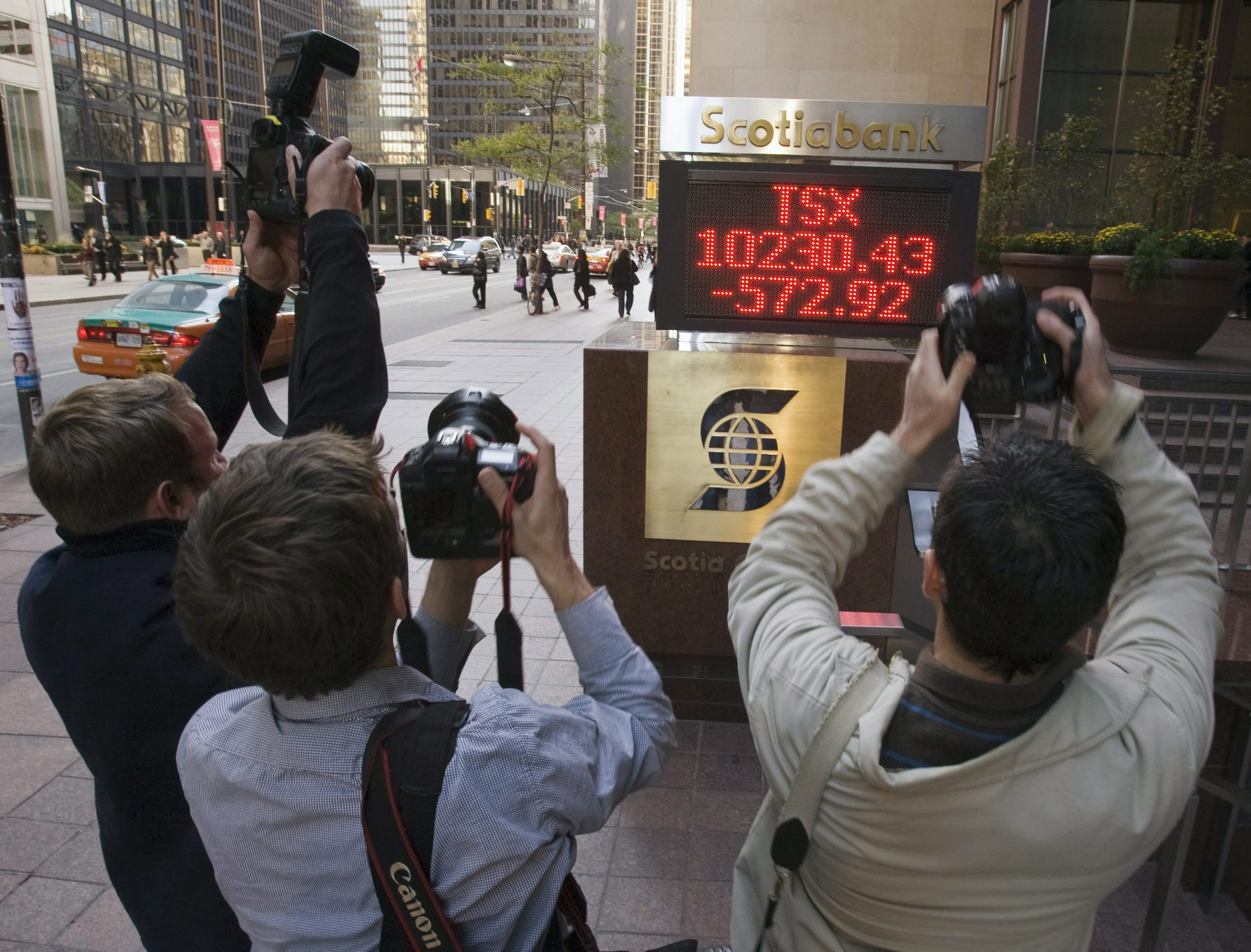 Has the Conservative vote stalled? Can Stephen Harper avoid going back to Ottawa on October 15 with a House of Commons that’s largely the same as the one he tried to leave behind by calling an early election? According to the latest Nanos Research poll, Harper will need to rediscover the momentum that had him flirting with a majority at the start of the campaign if he hopes to follow through on his early promise.

Stéphane Dion, on Stephen Harper’s confidence in the Canadian economy: “What Canada needs is a government that believes in the role of the government, to help the people.”

Jack Layton, on Stephen Harper’s confidence in the Canadian economy: “I’ll tell you the problem with Stephen Harper’s do-nothing attitude – pull one thread and the whole sweater unravels. And it’s the working families of Canada who will be left out in the cold.”

Elizabeth May, on Canada’s role in Afghanistan: “We certainly cannot have another day go by with the current mission.”

Gilles Duceppe, on the economic effects of Stephen Harper’s early election call: “If he had respected his own [fixed-date election] law, we would have started sitting [in the House of Commons], we could have had this debate and acted immediately.”

Polls show Stephen Harper’s mixed messages on the economy are driving potential Conservative voters away from the party. Before and during the debates, the prime minister insisted Canadians have little to worry about, that the “fundamentals” of the Canadian economy are “solid”: “We have a slowdown economically, but personal income growth continues. There are jobs, but there are job losses, but more gains.” But now, with no end in sight to the U.S. financial market’s precipitous slide, the message has morphed somewhat, with Harper looking to shed the perception his hands-off approach is an uncaring one: “We have seen stocks tumble, especially in the commodity and energy sectors. And I know that worries Canadians. But understand that it is these savings we are worried about.” Here’s hoping today’s release of the Conservative platform shows which way Harper is actually leaning.

Stephen Harper is in Toronto to introduce his party’s platform and will take part in a rally in Hamilton.

Jack Layton is campaigning alonside Michael Byers in Vancouver and will take part in a town-hall meeting in Courtenay, B.C. this evening.

Elizabeth May is, once again, making a pitch to voters in her riding of Central Nova.

Gilles Duceppe is in Trois-Rivières for a series of campaign events.