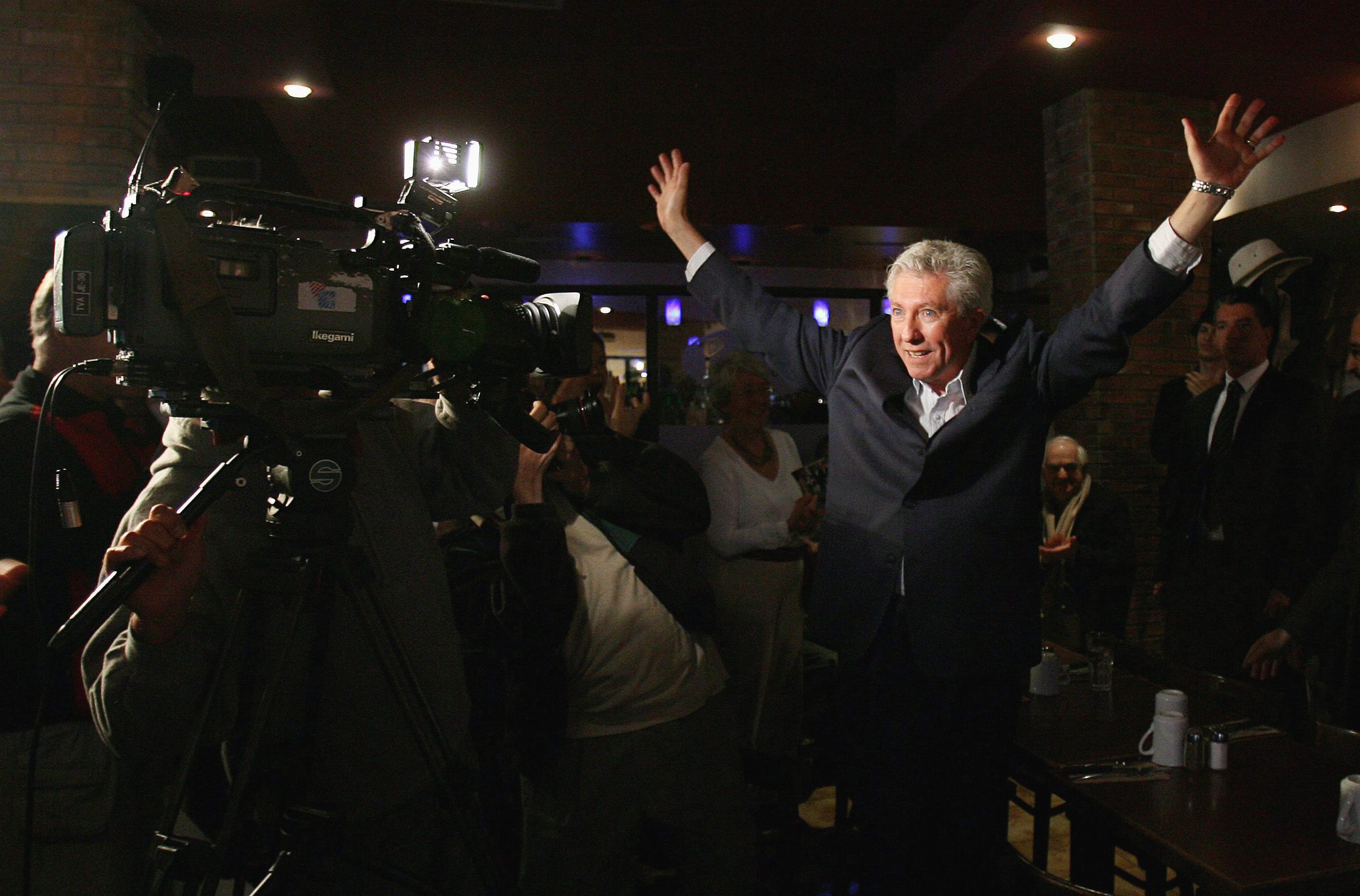 Given the ongoing financial meltdown in the U.S., the economy promises to be one of the most hotly-contested issues in the upcoming debates. According to the latest Strategic Counsel poll, Stephen Harper’s Conservatives are Canadas’ preferred money-managers, with the other parties trailling far, far behind on economic matters. Here’s how they fared when Canadians were asked which party was best suited to guide Canada through the downturn:

Conservative spokesperson Kory Teneycke, on Stephen Harper’s apparent affinity for Autralian PM John Howard’s speech on Iraq: “I’m not going to get into a debate about a five-year-old speech that was delivered three Parliaments ago, two elections ago, when the prime minister was the leader of a party that no longer exists.”

Stéphane Dion, on Stephen Harper’s apparent affinity for Australian PM John Howard’s speech on Iraq: “[Harper] doesn’t have the ethics to choose his own words. We have a prime minister who commits plagiarism.”

Gilles Duceppe, on Jean Charest’s list of demands from Ottawa, including a limit on the federal government’s spending powers, the abandonment of Senate reform, and the maintaining of the gun registry: “These are consensus views in Quebec. It’s not just Mr. Charest who thinks so. Mrs. Marois, Mr. Dumont, agree with many of the demands.”

Didn’t we discuss the similarities between Stephen Harper’s turns of phrases and those of other party leaders just yesterday? In the grand scheme of things, it’s perhaps a minor issue that Harper cribbed his 2003 speech on Iraq from his good friend John Howard in Australia. But the timing of the Liberals’ charge — coming on a day when party leaders were mostly away from the campaign trail to prepare for the debates —  certainly amplified its impact.

The party leaders are hunkered down preparing for the upcoming debates in Ottawa.