Morning memo: The party leaders kiss and make up at the debates. Sorta. 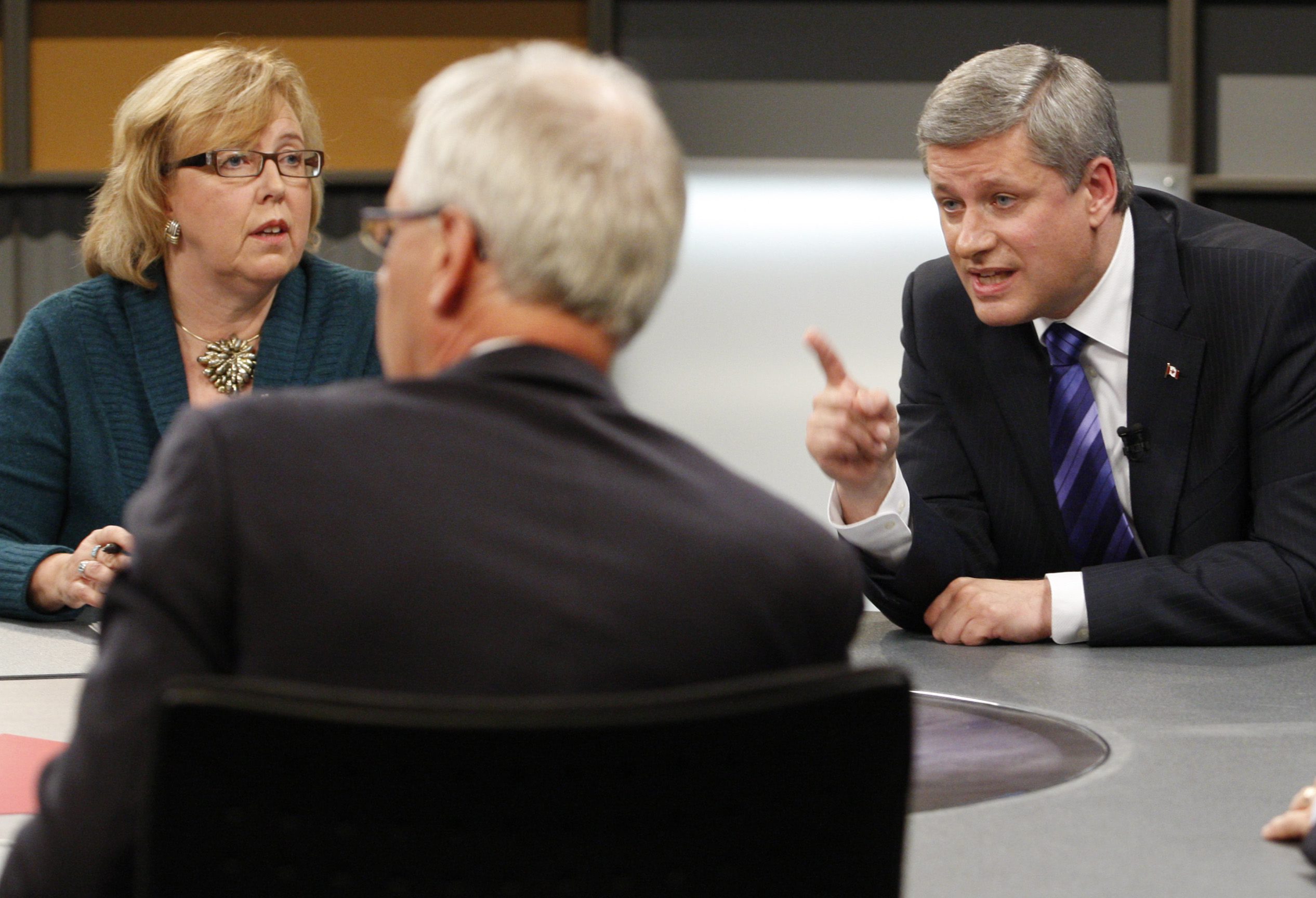 Ipsos’s instant poll finds it wasn’t even close — respondents felt Stéphane Dion won last night’s French-language debate hands down. (While we’re on the subject, can anyone explain how some people figured Elizabeth May won the debate? She wasn’t atrocious or anything, and it’s only 1% of respondents, but still.)

It may not have been the most useful question in the debate, but asking the party leaders to say something nice about the person to their left was, at the very least, an amusing exercise.

Stephen Harper, on Jack Layton: “I find that, in general, in spite of our differences, you approach debates honestly, and I appreciate that.”

Stéphane Dion, on Gilles Duceppe: “Mr. Duceppe, when he’s at his best, has a knack for statesmanship. That’s something I very much appreciate.”

Jack Layton, on Stéphane Dion: “You’re a professor, like me. An honest man, an intelligent one.”

Elizabeth May, on Stephen Harper: “You’re a good father, and your kids are lovely. And I think that your efforts for the country are based on your principles. But, obviously, I think your principles are taking Canada in a dangerous direction.”

Gilles Duceppe, on Elizabeth May: “I think Ms. May has environmental concerns that are very important.”

Gilles Duceppe generally reserves his most masterful performances of a campaign for the debates. But he didn’t manage to score any significant points in last night’s affair on either of the two issues that have breathed life into his once-fledgling party: the funding cuts to cultural programs, and the Conservatives’ pledge to increase sentences for youths convicted of serious crimes. Stephen Harper easily withstood the onslaught from Duceppe, especially on the question of youth crime — so much so that Duceppe found himself conceding stricter measures are necessary in some circumstance.

The party leaders are once again hunkered down in Ottawa to prepare for tonight’s English-language debate.