MPs should put down their phones and get back to governing

Our editorial: Canada faces significant challenges in the coming year. Surely responding to those is more interesting than a cellphone game. 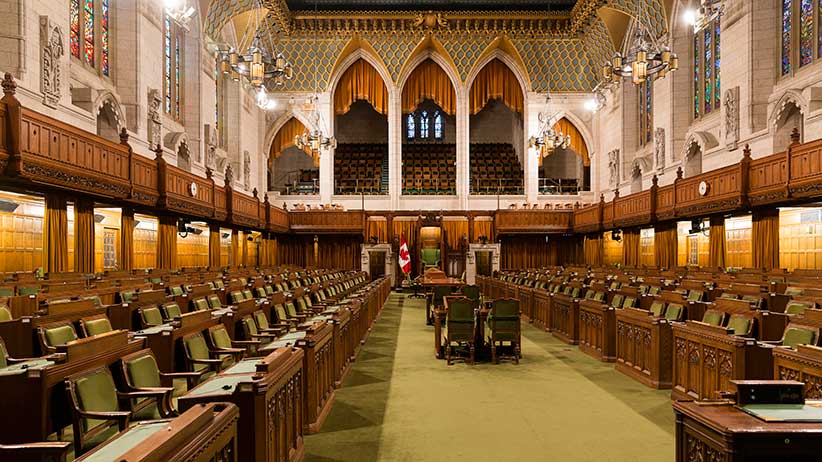 The House of Commons of Canada is a component of the Parliament of Canada and is a democratically elected body whose members are known as Members of Parliament (MPs). (Photo by Thierry Tronnel/Corbis via Getty Images)

It may be the foundation of Canadian democracy, but the House of Commons has long been a decorum-free zone. During the early days of Confederation, for example, contemporary reports note that “while points of order were being argued, members hammered at desks, blew on tin trumpets, imitated the crowing of cocks, sent up toy balloons and occasionally hurled books across the House.” In 1882, high-spirited MPs set off firecrackers during an evening debate. Another time they tossed a cricket ball around.

The current denizens of Parliament display a similarly embarrassing lack of propriety. These days, however, the problem isn’t an excess of energy but rather a shocking lack of interest.

A Maclean’s feature reveals the extent to which our elected representatives are missing what goes on in today’s Parliament. During the crucial 45 minutes of daily question period, for example, between a third and half of all MPs appear to find their cellphones more interesting than the dreary business of Canadian democracy unfolding around them. Many MPs seemed to treat Prime Minister Justin Trudeau’s recent apology to federal LGBTQ public servants in a similarly disdainful way. You can’t drive a car while looking at your phone. Can you run a country?

Cellphones are ubiquitous throughout modern society, and we’re certainly not arguing against their functionality or popularity. But Canada faces many significant policy challenges in the coming year. Elsewhere in our political coverage, for example, you’ll find details on this country’s sclerotic refugee adjudication process, our broken foster child system and the looming worry of teenage marijuana addiction. Surely the first step in finding solutions to these and other problems is to pay attention. Yet our elected officials can’t seem to rouse themselves from their screens.

Some MPs claim the ability to conduct research in real time during debates is an important benefit. The same argument is often made with respect to electronic devices in the classroom; however, the evidence suggests any such advantage is vastly outweighed by their distracting effect at all other times. A recent British study by the Centre for Economic Performance compared student results across schools based on cellphone-use policies and concluded, “Schools that restrict access to mobile phones subsequently experience an improvement in test scores.” Besides, at least one MP admitted he was simply playing games.

Our admittedly inexact survey (photographs are forbidden in Parliament) suggests cellphone use increases with distance from power. Cabinet ministers and prominent members of the Opposition sitting at the front benches—those most engaged in the cut-and-thrust of Question Period—were least likely to fall under the spell of their electronic devices. At the farthest reaches of the backbenches, however, cellular distraction seems almost universal on both sides of the House. Lack of engagement is thus to blame, rather than any pressing need for online research. Perhaps if backbench MPs focused more attention on the business of Parliament, they’d find their screens less captivating.

The appearance of television cameras in the House of Commons in 1977 is widely acknowledged to have changed politicians’ behaviour for the better. With their actions broadcast for all to see, table thumping was eliminated in favour of hand claps, MPs stopped napping in the House, and even their wardrobes seemed to improve. It is thus disheartening to discover that the introduction of another new technology has caused such a precipitous decline in parliamentary civility and dedication. We expect more from our elected officials. The basic functions of democracy ought to be rather more interesting than another round of Clash of Clans.

So lift your eyes, members of Canada’s 42nd Parliament. Your electorate is paying attention. Are you?