The Ottawa grind makes MPs feel 'hemmed in and scripted.' They much prefer all the paperwork of constituency casework, says a new report 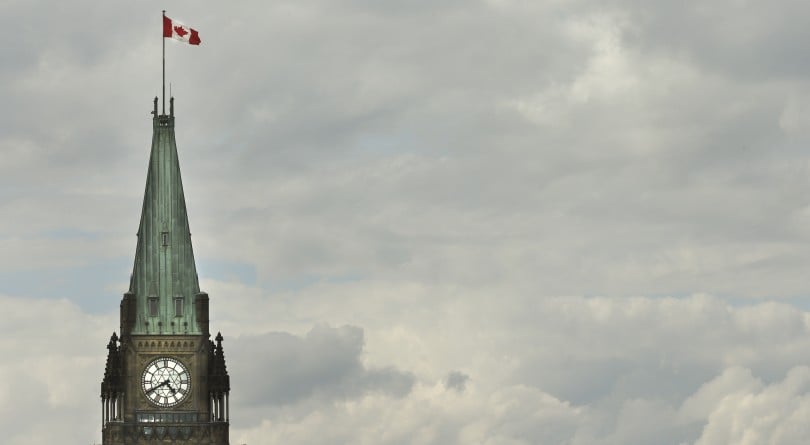 OTTAWA, ON - JUNE 15: Ottawa, Canada - June 15 - The Peace Tower of Centre Block on Parliament Hill. Stock photography of buildings and institutions in Ottawa for future story use. (Richard Lautens/Toronto Star via Getty Images)

It’s a complaint heard in every democracy that politicians are only seen when it’s time to ask for your vote again. But Canadian MPs are found in their constituencies more frequently today than in previous eras, and a lot of their time—arguably too much—is focused on solving the specific problems of the people they represent, says a new report from the Samara Centre for Democracy.

The Toronto-based think tank today released the second outtake from a series of exit interviews it conducted in concert with the Canadian Association of Former Parliamentarians, featuring 54 MPs who left the House of Commons, voluntarily or otherwise, following the 2015 election.

Public opinion polling showing that voters increasingly think their elected officials have little regard for what they think, despite the fact that MPs are more accessible than ever, says Mike Morden, Samara’s research director and one of the report’s authors. In an earlier era, they would return to their ridings for summers and Christmases. Now, they are back most weekends, Morden points out. Indeed, Fridays in the Commons are often akin to the late minutes of a CFL game between two non-playoff-bound teams, with little enthusiasm on either side and plenty of seats left empty by occupants who have already left to get a head start on the trip home.

Some MPs have set routines, while others range. Winnipeg Liberal Kevin Lamoureux, a Manitoba MPP before he went federal, has spent a few hours almost every Saturday since 1989 or 1990 at a local McDonald’s, where constituents knew they can find him if they have something to say. Residents of Lakeland, Conservative Shannon Stubbs’s riding, sometimes pull into her driveway in Two Hills, Alta., to talk. (Stubbs was chosen as the MP who best represents her constituents by her Commons colleagues in the 2017 Maclean’s Parliamentarian of the Year awards. Lamoureux was named hardest working).

Practical considerations also limit how often some constituents may come across their local MP. “In Toronto Centre, you can walk from corner to corner to corner [and] it wouldn’t take that long,” says Morden. Doing the same in Nunavut, the largest single riding, would require a lot of air travel. Shaking at least one hand on each of the 100,000 or so people who on average live in an electoral district would require a lot of time, and probably some physiotherapy too. (Some ridings have half or a quarter as many electors, but that’s still a lot of conversations to have). Still, MPs told Samara they tried to attend as many events as possible, not least because doing so was perceived as being critical to re-election. “[It’s] low yield, but [there’s] a high risk to not attending,” says Morden.

Such visibility is often encouraged from the top. A number of outgoing Conservatives recalled Stephen Harper’s dictum at early caucus meetings that “there are no votes in Ottawa.” And in an April interview with Maclean’s Paul Wells, Prime Minister Justin Trudeau’s chief of staff Katie Telford emphasized the importance of continued door-knocking between campaigns.

The allocation of an MP’s office budget is mostly at their discretion, and there’s no template for how many staff should be allocated to the constituency versus parliamentary support. One rookie Liberal told Maclean’s last year that was a question he’d asked more senior caucus colleagues when he first arrived in Ottawa. Morden says the manuals provided to MPs are “a pretty light touch in terms of how you handle files [and] constituent requests for help,” and there’s no established process for passing work between an outgoing an incoming elected official.

The kind of problems that residents of a riding will bring to their MP can include those involving the government for which there are no easily accessible or regular remedial processes. Morden says one MP described “spending 12 hours on the phone with someone stuck in an airport in Lahore, who’d somehow ended up on a no-fly [list].” But the assistance rendered is often far more basic, such as helping constituents fill out passport applications or apprising them of their eligibility for government benefits. It’s “the kind of work you might associate more [with] Service Canada,” says Morden.

That often leads to constituency office workers handling a lot of casework. When residents of B.C’s Nanaimo-Ladysmith riding are seeking answers about unemployment insurance payments and timelines, local NDP MP Sheila Malcolmson claimed in a February 2017 House debate, “even some at Service Canada say, ‘Go up the hill to the MP’s office.’”

Immigration is another major source of casework. “People think I am exaggerating if I say 400,” Lamoureux told the House in May 2018, speaking to an immigration committee report on the user experience of applicants that was being tabled. “If anything, I am underestimating the actual numbers that I deal with in my constituency office.” Since the immigration department typically does not provide status updates on applications, constituency offices sometimes end up helping them file access-to-information requests to check where they or their relatives are in the process.

Samara found that many MPs embrace the casework. “You can take on a problem for a constituent, make decisions, [and] see it through to completion,” Morden explains. “Whereas in parliamentary work, they felt so hemmed in [and] scripted.”

RELATED: Why MPs can’t wait to get out of Ottawa

Policymaking typically takes place at the party level, and votes in the Commons on major bills are usually whipped. It is rare for a backbench MP to publicly oppose the leadership on an issue because of constituent concerns, and those who do are typically disciplined. Newfoundland Liberal Wayne Long lost two committee appointments after voting with the Tories on a motion related to the government’s small business tax changes, which he said many residents of his riding opposed.

Samara also found MPs did not think their own consultation tactics to be particularly effective. Town halls are often attended by the same, already engaged or disaffected set of people, while newsletters and surveys would mainly draw responses from supporters.

Some MPs have experimented with forms of direct democracy. Longtime Conservative member of the Commons Scott Reid has held nine referenda on major policy issues, which led him to vote in favour of cannabis legalization and against same-sex marriage legislation. (He won the Civic Engagement category of the 2017 POTYs).

And NDP MP Nathan Cullen is currently running the second edition of a contest seeking ideas for laws, one of which he will sponsor as a private member’s bill. “There’s a danger your exercise becomes gimmicky if it doesn’t yield anything in Ottawa,” says Morden, noting Samara’s previous report resulting from the exit interviews advocated for the empowerment of MPs as more independent actors within the system.

Morden says that it would be “politically difficult” if not impossible for constituency offices to give up the casework and service delivery that residents often come looking for. But Samara suggests creating permanent bases in the most convenient possible location within a riding that could be partly managed centrally. Service Canada staff could be co-located at these offices. “So you can still turn up at a constituency office and get that kind of help, but … provided by the bureaucracy, which we’d argue is the appropriate agent for that for that kind of work,” Morden says.

That would free up some capacity for MPs and their staff, which Morden says Samara hopes they’ll use for “more sophisticated consultation and local engagement.”

Correction: A previous version of this post referred to six referendums undertaken by MP Scott Reid. The correct number is nine.