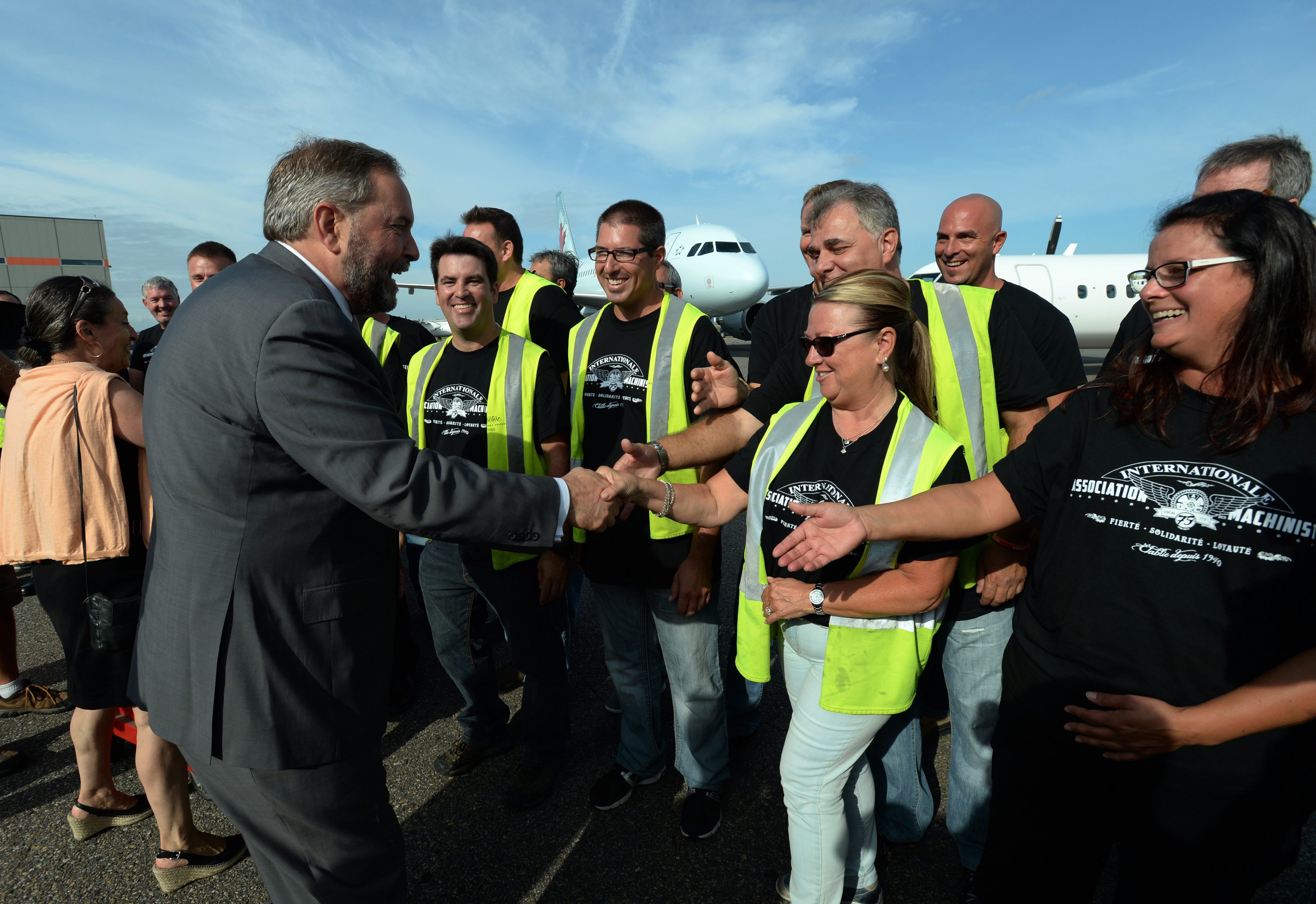 TORONTO — New Democrat Leader Tom Mulcair said Wednesday that he had no plans to fire his most senior communications aide for tweeting offensive anti-Roman Catholic comments.

“He felt very bad about it and I’m more than willing to move on from that,” Mulcair said. “He’s made a mistake and he has apologized for it. For me, that’s enough.”

The tweets by Dearn, hired in February as Mulcair’s director of communications, were quickly circulated on social media.

“Memo to CBC and all media,” one of them reads. “Stop calling the misogynist, homophobic, child-molesting Catholic church a ‘moral authority.’ It’s not.”

Dearn, who is married to a man, also took aim at Pope Benedict for saying Britain’s human-rights policy on gay equality violated natural law. The tweet used an offensive expletive in connection with the Pope.

Within hours of the Twitterverse taking new note of the posts, Dearn made his Twitter account private and therefore inaccessible to most users.

However, in a tweet to his confirmed followers late Tuesday, he apologized.

“Some tweets that pre-dated my current role were offensive and do not reflect my views,” Dearn said. “They are being deleted and I apologize sincerely.”

Mulcair, who said he had spoken to Dearn on Wednesday morning, called the apology sincere. Dearn is also a “very strong, qualified individual,” the NDP leader said.

“He has apologized for those views and I guess that’s going to be part of the world that we’re going to be living in now as people in social media said things over the years,” Mulcair said.

Some called for Dearn’s firing, saying he had shown extreme anti-Catholic prejudice and Mulcair’s response was insufficient, given the importance of his role. They also accused him of ducking and hiding.

Others came to his defence, saying he had merely expressed a valid opinion given the sex-abuse scandals that embroiled the church.

Party spokesman George Soule did concede Dearn’s posts made “prior to taking his position” as Mulcair’s aide were “inappropriate and offensive.”

The furor over the tweets came a day after the Conservatives dropped two candidates over past distasteful behaviour in videos — one for urinating in a homeowner’s coffee mug and another for prank-calling about Viagra and posing as a mentally disabled person.

Also Tuesday, the Tories’ Bay of Quinte Electoral District Association fired a board member for offensive views. Sue MacDonell had posted on Facebook that a Cree woman recently crowned Mrs. Universe was a monster and a “smug entitled Liberal pet.”