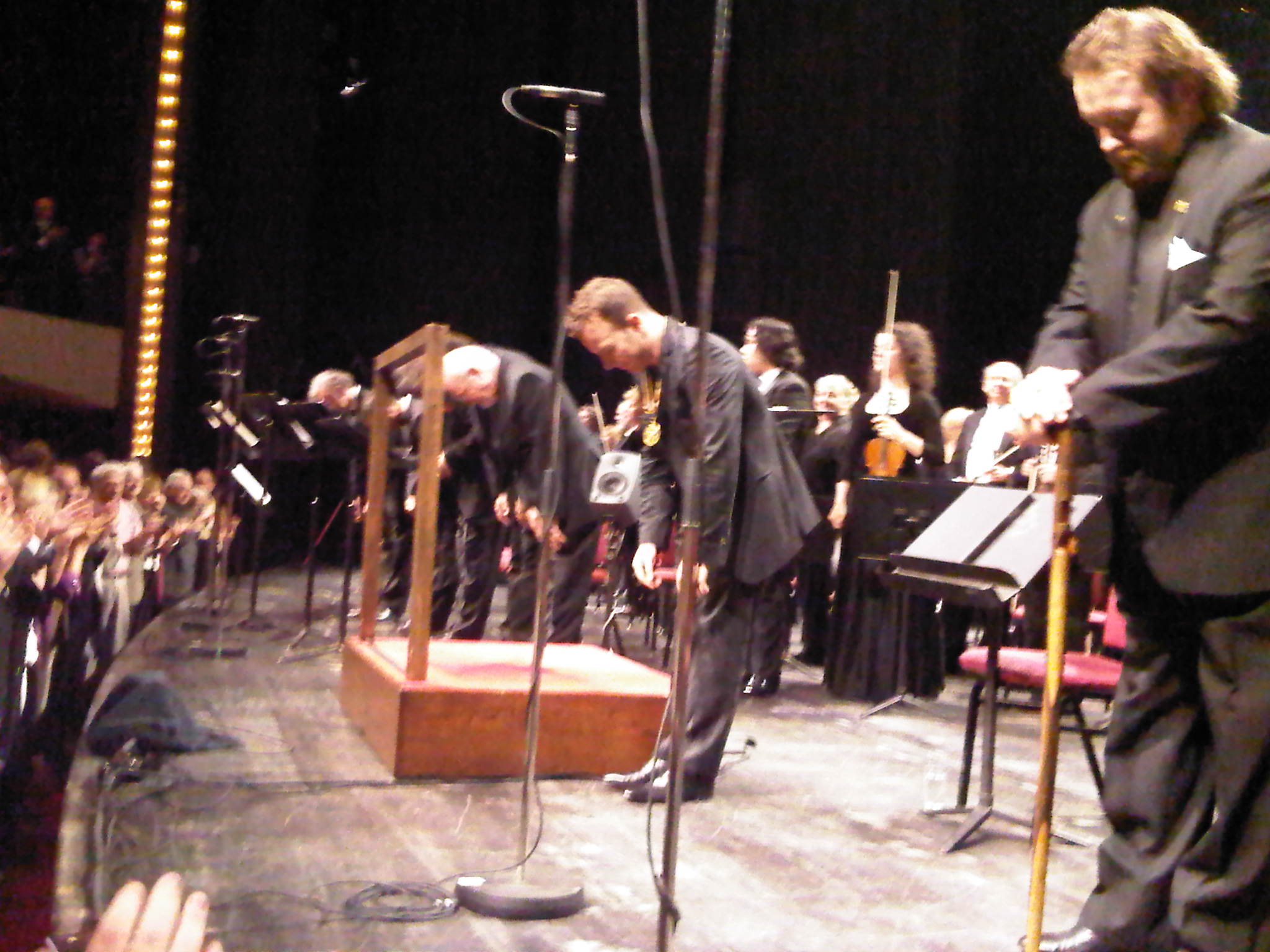 On Friday Yannick Nezet-Séguin makes his first appearance in Philadelphia as the music director-designate of that city’s great orchestra. It is said he will be made to eat a Philly cheese steak as proof of his new allegiance. “Well,” the local papers quote him as saying, “Maybe just one.”

As his Canadian fans have come to know, the 35-year-old Montreal conductor is game for just about anything. He still leads his hometown Orchestre Métropolitain and the Rotterdam Philharmonic and is principal guest conductor of the London Philharmonic. He has been keeping up a punishing pace as a guest conductor, although those nomadic days may already be coming to a close for him. National Arts Centre brass already fear his performances Wednesday and Thursday of this week will be his last for some time. He made sure they won’t soon be forgotten.

Nézet-Séguin brought his Orchestre Métropolitain and the orchestra’s choir (whose members include his mother) to join the NAC Orchestra, a bunch of Ottawa choirs, and eight vocal soloists for Mahler’s Eighth Symphony, the Symphony of a Thousand. There were “only” 459 musicians onstage. The NAC has rarely heard anything like it. (The whole crew travels to Montreal to repeat the extravaganza on Sunday at Place des Arts.) The Governor General came out to give the conductor an award and they played an NFB short film about him before that, and as always he was humble and gracious about the fuss.

If you’ve paid no attention to Mahler’s Eighth Symphony, as I hadn’t before this month, you’ll be struck by eccentricities that go way beyond the scale of the thing. It’s in two parts, the first sung in Latin, the second in German. The first part is a setting of a ninth-century hymn, Veni Creator Spiritus. The second is the last scene of Goethe’s Faust. Their common theme is redemption, but the obvious structural oddities (uh, we missed the first several scenes of Faust) could be offputting. So could the dramatic arc: ecstatic and bombastic from the first bars, then brooding and understated in the second half.

On Wednesday the wunderkind from Montreal had no evident difficulty navigating it all. More than that, he made a coherent and touching musical case for this behemoth. Conducting in the huge gestures which have become his stock in trade but which made functional sense here — he’s not a tall man, and musicians in every corner of the hall had to keep his cue — he led his armies with unflagging stamina. The long orchestral introduction to the second half was my favourite, brooding and eerie. But he deployed his soloists, the assorted choirs — often pivoting 120 degrees to cue children’s choirs in the balconies behind each shoulder — and the two intermingled orchestras with constant care and attention.

Of the vocalists, tenor John Mac Master was easily the standout. I could point to standout instrumental performances but that would show only that I know the NACO better and am a fan of many of its members. Quite beyond its logistical audacity, this was a night of wonderful music. The Philadelphia appointment has made this week the most important of Nézet-Séguin’s career to date, but his stopover in Ottawa was not a detour from that week, it was part of its triumph.