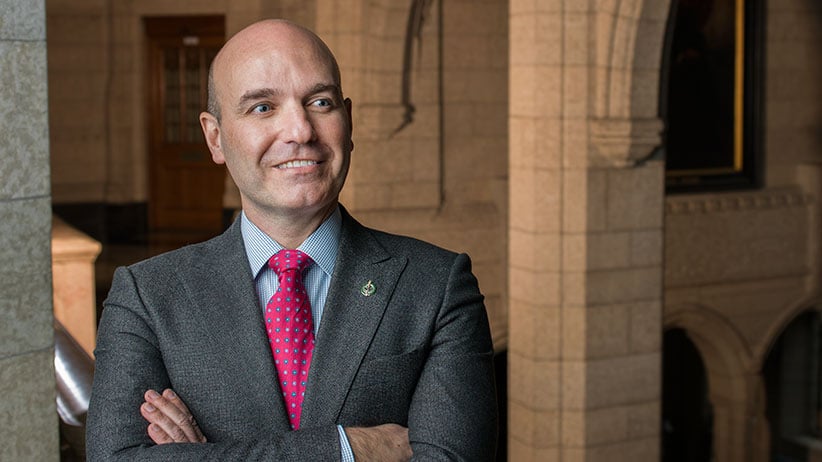 Nathan Cullen does not aim to have his words recorded in the history books—or that’s not what he’s thinking about, anyway, when he rises to speak in the House of Commons.

The NDP MP for Skeena-Bulkley Valley in northern B.C. focuses on providing clear explanation over quotable elocution. “I am not speaking to someone who is going to judge any of these thoughts historically,” Cullen says. “I am speaking to somebody at home flipping through the dial, and they catch CPAC for a minute.”

First elected in 2004, Cullen clearly has a way with words—this is the second successive year he’s been named the best parliamentary orator by his peers. He’s seen a growing aversion to risk in House debate, particularly on the government side of the aisle, because of the fear that a long, well-considered argument may be chopped up into an awkward or offensive 30-second clip that goes viral on social media. There’s “less value placed on articulate, thoughtful and challenging speeches, [and more] recycling and regurgitation,” he says. There’s a temptation to break a message down to a handful of catchy, possibly flippant words.

Cullen is aware of the great orators of Canadian parliaments past, of course. But he does not necessarily seek to emulate the speeches of, say, John A. Macdonald or D’Arcy McGee. “If you tried to apply that exact same tone and pitch, it would be off,” he notes. The way Canadians speak has evolved, and MPs have adapted accordingly. “Parliament always reflects the country back to itself, and we’ve become much more informal, much more colloquial.”

The words may have changed, but Cullen’s aim has not. “My wife tells me it’s a job of interpretation [and] translation,” he says. Ottawa has a specific culture, history and way of doing things, and it is the duty of parliamentarians to decode that for the public. “You have to try to do that faithfully—that’s your objective.”

FILED UNDER: Editor's Picks Nathan Cullen Parliamentarians of the Year 2017