Ministers, including Canada's Stephane Dion, are being asked to approve a plan to raise $4B per year 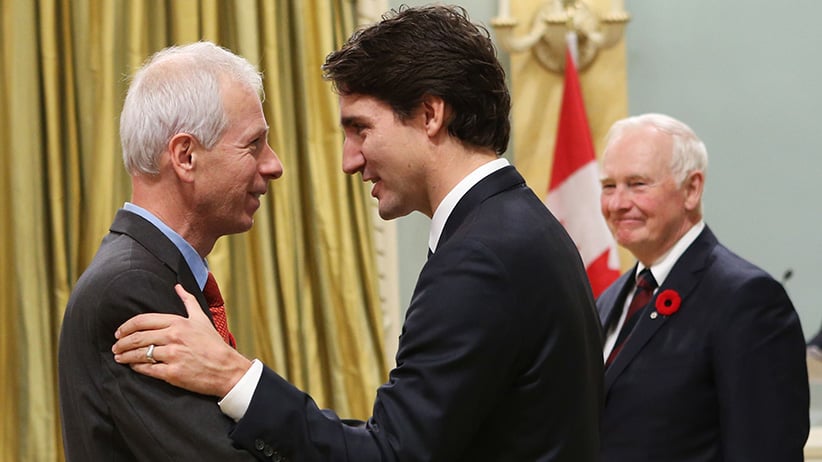 BRUSSELS — NATO’s future role in Afghanistan and how to fund the country’s fledgling security forces is up for debate Tuesday among the military alliance’s foreign ministers meeting.

It’s expected they will approve an extended deployment of roughly 12,000 trainers and advisers to mirror a recent U.S. decision to extend its presence in the war-torn country past 2016.

The ministers, including Canada’s Stephane Dion, are also being asked to approve a plan to raise $4 billion per year from the international community to fund Afghan security forces up to 2020. Canada no longer has training troops in Afghanistan.

Donor countries began paying the bills for Afghan troops and police following the 2012 NATO summit in Chicago and the Harper government made a $330 million commitment up to 2017.

Despite a nearly decade long NATO combat mission, which included the deaths of 158 Canadian soldiers, the Taliban and other extremist groups remain a persistent and lethal threat — something that was evident a few weeks ago when the northern city of Kunduz fell to insurgents.

It was eventually recaptured by Afghan forces with the help of U.S. air support, but it raised fresh questions about the readiness of local forces to carry on the fight without western help.

The Obama administration recently reversed a plan to entirely withdraw American forces and the U.S. ambassador to NATO Doug Lute underlined on Monday that Washington expects allies to match the commitment to keep 10,000 troops in the country through next year.

A senior NATO official, speaking on background Tuesday, said the alliance’s mission in Afghanistan is strictly an advisory and training commitment and no one anticipates a return to a combat mission.

The official described the effort to secure the initial round of commitments as “a demanding ask” for western countries that were still limping out of the global financial collapse.

The official conceded the upcoming request could also be challenging.

“This time around it will be a demanding ask again,”

“I hesitate to say whether in 2011 the global financial situation was more or less difficult than now, but we will again have to make the case for the connection between the security of Afghanistan and our own security. We will be making that argument in the coming months.”

The current funding deal runs out in 2017 and it’s unclear what the Trudeau government intends to do. Stoltenberg says Tuesday will mark the beginning of the campaign to raise funds.