NDP out in front, but pollster sees lots of room for change

'When people start to really think about the options, does the NDP land as favourably?' 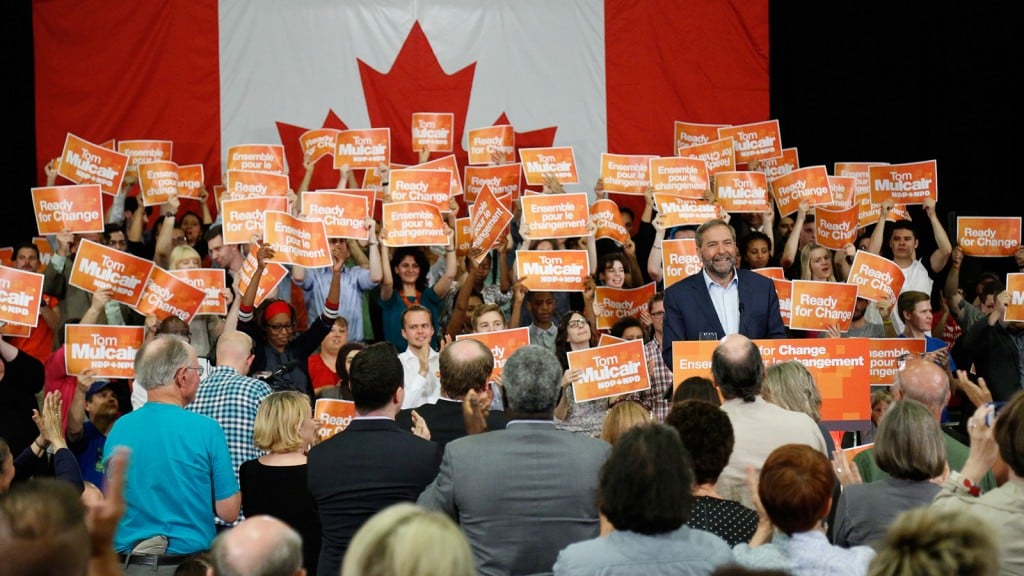 A new poll out today from Abacus Data shows the NDP clearly in front with 35 per cent support nationally in the still-early stages of the federal election campaign, with the Conservatives trailing at 29 per cent and the Liberals at 26 per cent. Abacus CEO David Coletto answered a few key questions about his firm’s latest numbers, stressing that there’s plenty of time on the calendar and room in the minds of voters for this race to change.

Q: Your latest numbers look very good for the NDP. But you’re taking pains not to suggest the Oct. 19 election outcome is anything close to clear. What are the factors that are cause for caution?

A: The NDP is ahead, but 70 per cent of voters are still up for grabs. They either aren’t leaning in a certain direction, or even if they are leaning, they are open to changing that—it’s not locked in. In the current context, you have an unprecedented level of competition among three parties. We’ve said any of the three parties could win the election, any of them could come third.

The NDP has some momentum: 35 per cent is a good number for them. It’s higher than some other polls have had. They have the highest number of people who are open to voting for them. But below that we know people aren’t paying as much attention to this election as they will be 30 or 60 days from now. As a result, the question that I continue to think about is, When people start to really think about the options, does the NDP land as favourably as they are right now?

Q: Let me ask about your graph showing the number of people who think the Liberals will win the election plummeting to 17 per cent now from 39 per cent a year ago. What does that tell us?

A: The inevitability of Justin Trudeau and the Liberals winning has disappeared to the point where fewer think they are going to win than think the New Democrats or Conservatives will… You take out the fact that people think [the Liberals] going to win, and consider that we know from other parts of our survey that three-quarters of Canadians want change, and then the question for those voters is: Who is the best vehicle for change?

Q: Or is the question, who is the most likely vehicle for change?

A: It’s either, Who’s the best change? or Who’s the most likely change? You go back to 2011. At the start of the election most Canadians thought Michael Ignatieff and the Liberals were the most likely vehicle for change. Halfway through the campaign, polls showed the NDP rising, especially in Quebec, and that signalled that the Liberals maybe weren’t, and a sea change happened. And so I think that sea change has happened in part because of the NDP win in Alberta, which accelerated that rise in expectations for the federal NDP.

Coletto will share more insights and data when he participates in a panel discussion on the election, being hosted by Maclean’s this Thursday, Aug. 20, at Ottawa’s Fairmont Château Laurier. The breakfast event is oversubscribed, but it will be aired by CPAC.