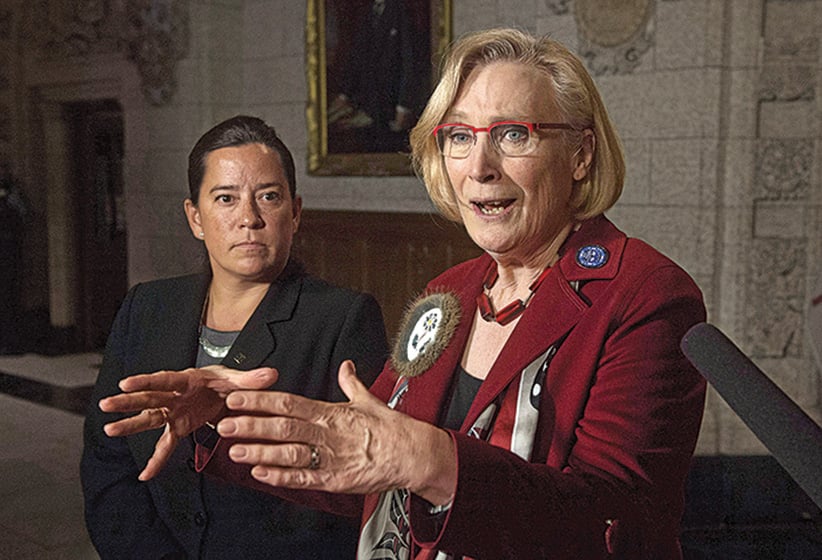 OTTAWA — The New Democrats say they plan to turn up the political pressure on the Liberal government to take action on First Nations child welfare.

The Canadian Human Rights Tribunal has ruled that the government discriminates against First Nations children in its delivery of child welfare services on reserves, and has since issued two compliance orders to compel the Liberals to act.

The NDP plans to introduce a motion Thursday calling on the government to comply with the ruling _ first with an immediate $155-million cash injection, then with a funding plan for future years.

“We are losing children every single day in our communities dying from suicide, children being taken away from their parents and put into a broken foster care system,” NDP indigenous affairs critic Charlie Angus told a news conference Wednesday.

“We are asking Parliament to take responsibility for this. It will be up to Parliament to force this government to meet their legal obligations for the protection of children who are suffering in a broken system, suffering systemic discrimination and suffering from hopelessness.”

The party also wants the government to adopt Jordan’s Principle, which says no aboriginal child should suffer denials, delays or disruptions of health services available to other children due to jurisdictional disputes.

The principle is named for Jordan Anderson, a Cree boy from Norway House, Man., who died in hospital in 2005 after jurisdictional disagreements kept him from spending his last years in home care.

Indigenous Affairs Minister Carolyn Bennett has been insisting for months that her government is committed to overhauling child welfare services on reserve.

During question period Wednesday, NDP Leader Tom Mulcair pressed Prime Minister Justin Trudeau for action, but the answer he got was non-committal.

“Canadian governments over the past years and, indeed, generations have failed indigenous people with not giving them the respect, the tools, or the support needed to be able to be successful,” said Trudeau, whose government has made resetting its relationship with Aboriginal Peoples a policy cornerstone.

“We know that is something that is going to take time to turn around. It is why we are investing a historic $8.4 billion over the next five years to begin to fix these terrible wrongs. We know that there is much more to do, and we continue to work on that.”

Earlier this month, new federal documents filed with the tribunal suggest that federal funding levels for First Nations child welfare had been determined well before the tribunal ordered the government to increase it.

Advocates like Cindy Blackstock, the executive director of the First Nations Child and Family Caring Society and a longtime crusader for child welfare funding, took that as a sign that the government had no intention of complying with the tribunal’s orders.

Since the release of the spring budget, Blackstock has been pushing the Liberal government to immediately increase the level of funding earmarked for services on the ground.

She has pegged the need this year alone at no less than $200 million, rather than the $70 million contained within the fiscal blueprint released last spring.