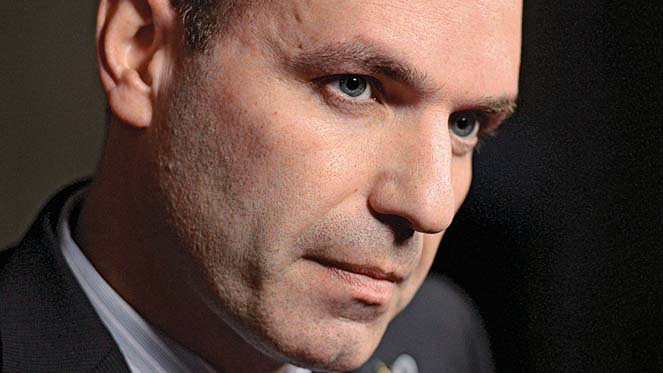 OTTAWA – The Trudeau government is facing accusations that it’s taking a defeatist approach to electoral reform even before it hears from an all-party committee that’s been exploring alternative voting systems.

NDP democratic reform critic Nathan Cullen says he fears the Liberals are using a supposed lack of consensus among Canadians as an excuse to do nothing.

But he says the government is putting the cart before the horse, insisting on a consensus before a specific voting model has been proposed for Canadians to consider.

The committee, which is to table its report Thursday, is expected to acknowledge that the vast majority of witnesses it heard from favour a proportional voting system, in which a party’s share of seats in the House of Commons reflects its share of the popular vote.

It is also expected to recommend that a national referendum be held to measure Canadians’ views on the matter.

However, even as Democratic Institutions Minister Maryam Monsef says she’s eagerly awaiting the report, she continues to say she’s seen no consensus thus far on how the voting system should be changed and to warn that there’ll be no change without broad support from Canadians.

MORE: Can the Liberals get electoral reform right?

Cullen charged Monday that Monsef has thrown the committee “under a bus” with her mantra about the need for consensus.

“Why is the minister undercutting the committee’s work?” he demanded in the House of Commons.

Monsef denied the charge and promised to give the committee’s report “the respect it deserves and present this House with a thoughtful plan forward.”

But Cullen said later that “many, many” electoral reform advocates are very concerned that the government “seems to be admitting defeat before we’ve even really begun the work.”

“We haven’t even submitted our report and we have the minister out on the weekend suggesting that progress is impossible.”

He noted that Monsef, who has conducted her own town halls and public hearings, has deliberately avoided asking Canadians directly what voting model they’d prefer, asking instead about the values and principles that underpin the democratic system.

“What is she talking about? As if Canadians are sitting around their living room, many of them, designing electoral systems.”

On any other issue, Cullen said government normally proposes a policy or bill and promotes it before concluding whether it has public support. In the case of electoral reform, that process has been “flipped on its head.”

The committee proposed two motions in the Commons on Monday, one asking that it be reconstituted to examine any legislation the government eventually introduces on electoral reform.

The other urges the government, which is to launch an online consultation process next week, to ask questions about specific voting models and not just amorphous queries about values.