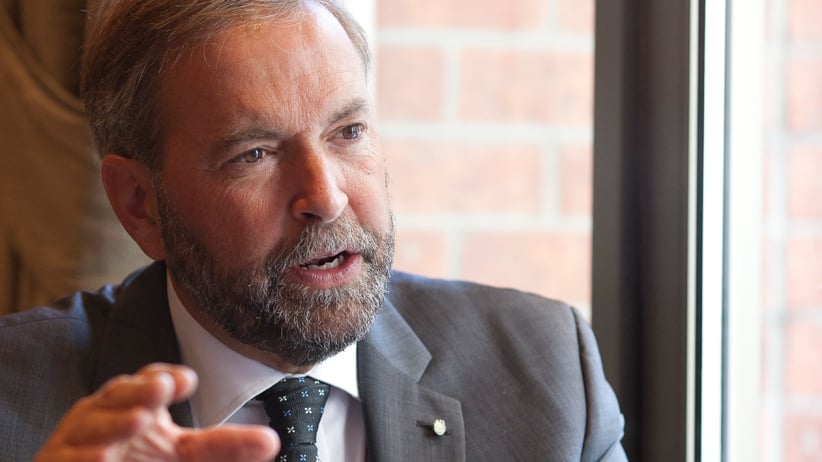 While terrorism is a real threat, the planned federal law is vague, ineffective and goes too far, Mulcair told a news conference on Wednesday.

“It doesn’t do things that are proven to work and puts politics ahead of protecting Canadians,” Mulcair said, ending weeks of speculation on the party’s stance.

“We cannot protect our freedoms by sacrificing. New Democrats have a different vision. Freedom and public safety have to go hand-in-hand. We will hold true to our principles and oppose this dangerous, over-reaching legislation.”

The bill, tabled late last month in response to the daylight murders of two Canadian soldiers, would give the Canadian Security Intelligence Service more power to thwart suspected terrorist plots.

It would also make it easier for the RCMP to obtain a peace bond to restrict the movements of suspects and extend the amount of time they can be kept in preventative detention.

In addition, it creates a new criminal offence of encouraging someone to carry out a terrorism attack.

“Experts warn that broad measures in this bill could lump legal dissent together with terrorism,” Mulcair said. “And the bill would give significant new powers to CSIS without addressing serious deficiencies in oversight.”

Justin Trudeau’s Liberals have said they will vote for the bill, despite concerns it does not include new watchdog powers to guard against abuses.

“This bill merits real debate,” Mulcair said. “Mr. Harper and the Conservatives have intimidated the Liberals into supporting this deeply flawed legislation. We in the NDP are going to fight it.”