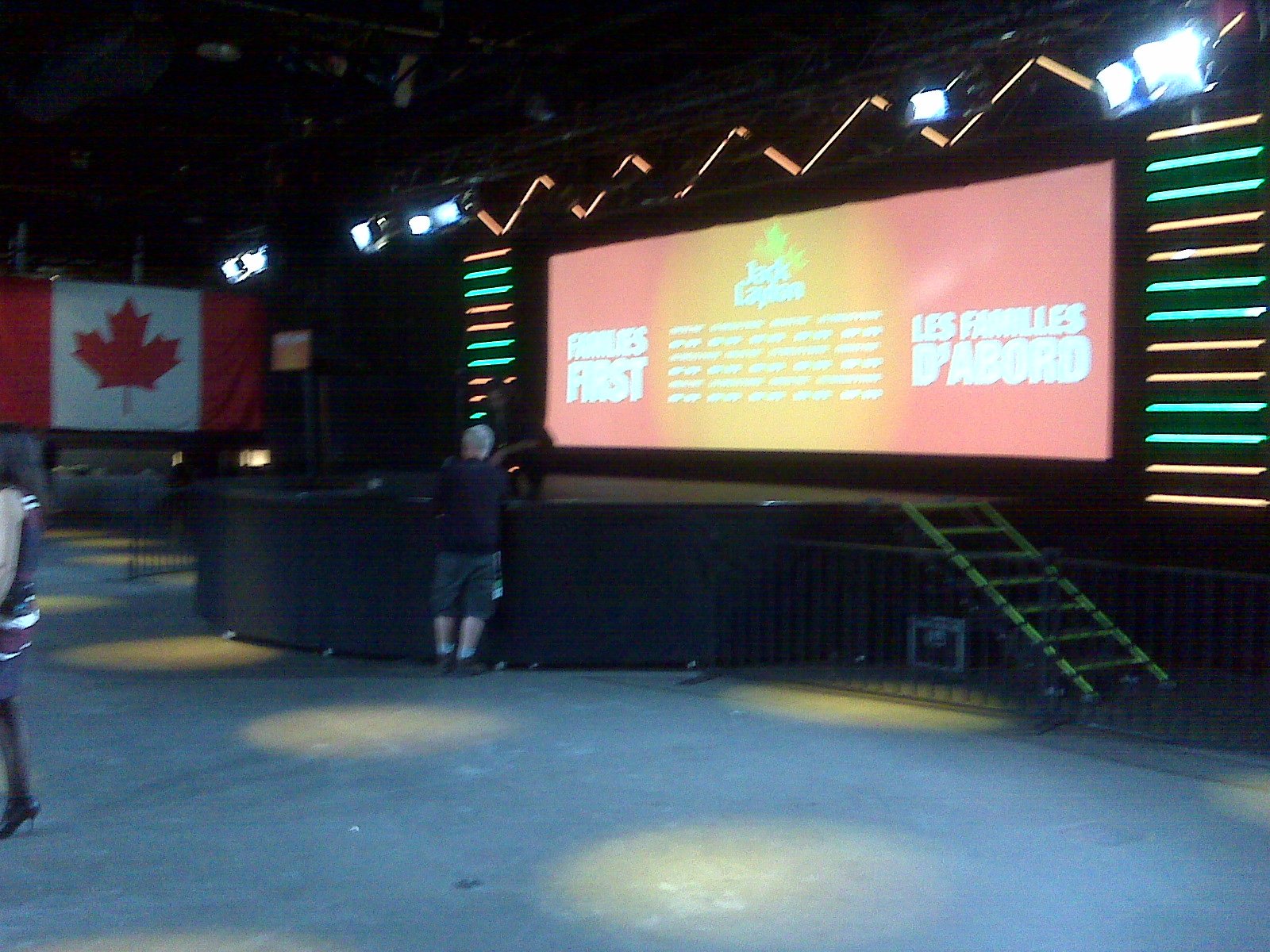 Tonight, the NDP HQ is at the Guvernment, a rock concert venue in Toronto. A fitting spot for the NDP and leader Jack Layton, who’s arrived at recent campaign stops to blaring tunes like “We’re not gonna take it” by Twisted Sister, and his unofficial rally song, “We’re gonna win” by Bryan Adams (featuring rousing lyrics like: “Winnin’ really is the only thing/ Get out of the way were comin’ in”). The NDP knows how to party (and by the looks of things here, it plans to do that tonight).

The NDP has also shown in this campaign that it understands political theatre. Layton ran one of the smoother campaigns of this election. (And the awful economic news of recent weeks has made his appeal to working class families especially potent.) In the final days of Layton’s campaign his “kitchen table” rhetoric was slowly but surely being amped up with each passing stump speech. The middle class is suffering, jobs are being lost and Stephen Harper doesn’t care, he said at a stop in Hamilton late Sunday night. Midway through the speech, Layton paused and licked his lips. “I hope you don’t mind I’m getting a little worked up about this,” he said. This wasn’t just Layton, the Canadian politician, but Layton, the populist leader who could give Willie Stark a run for his money.

Speeches like this one drew enthusiastic crowds in the later days of the campaign. Now, will this translate into more seats, especially in Canada’s ailing manufacturing heartland? Stay tuned.