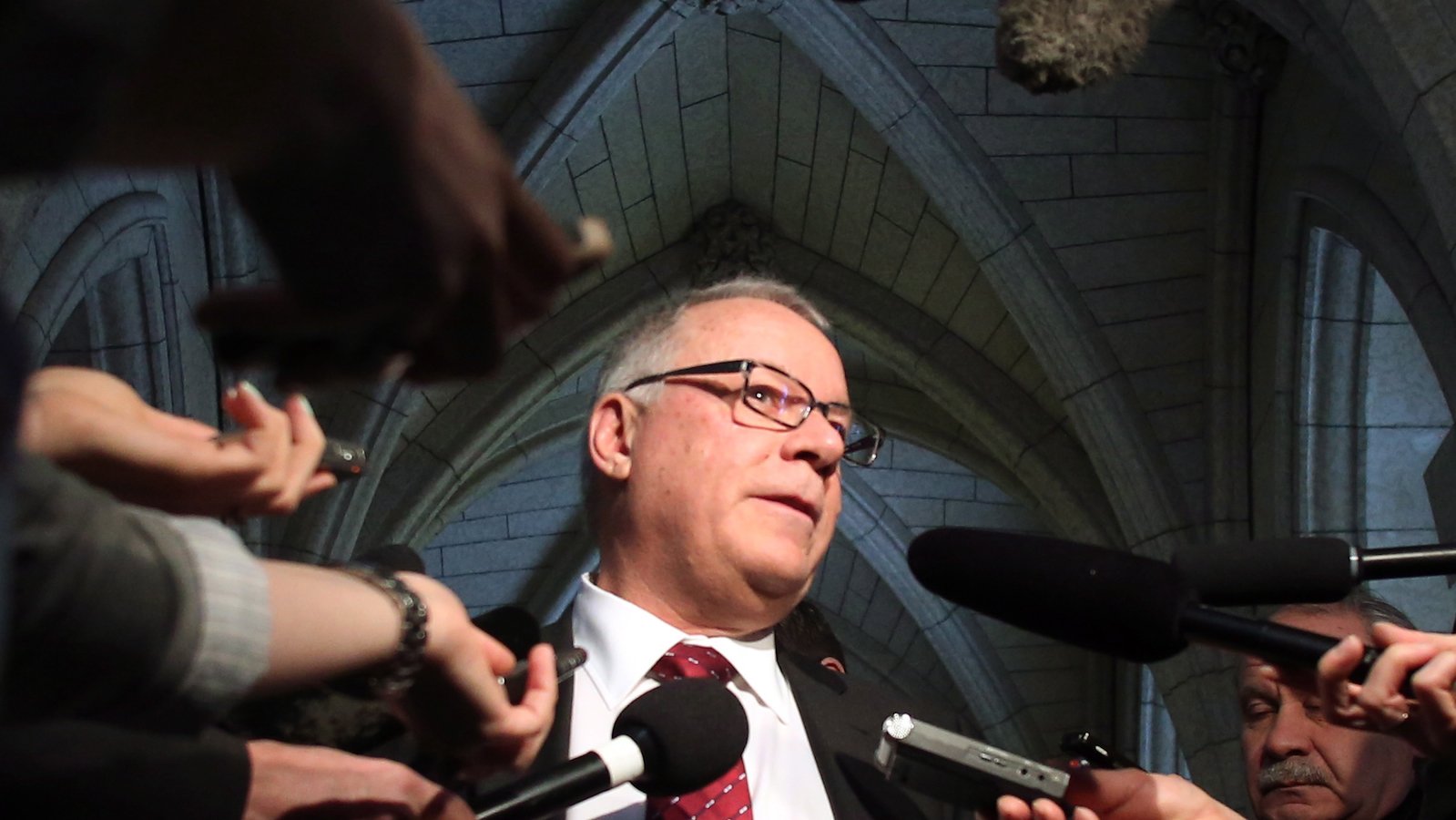 OTTAWA – The author of a report used to justify a crackdown on voter fraud says he’s been quoted repeatedly — but never consulted — by the Harper government on its sweeping overhaul of election laws.

Instead, Harry Neufeld gave a scathing assessment of the legislation to a Commons committee on Thursday.

When he was done, the former British Columbia chief electoral officer summed up his advice as “either amend it or pull it.”

Following the 2011 federal election, Neufeld wrote a report for Elections Canada, which said there were serious irregularities in 42 per cent of cases where voters vouched for others who lacked proper identification.

Pierre Poilievre, the minister responsible for democratic reform, has repeatedly cited the report to justify Bill C-23, which would eliminate the practice of vouching.

But Neufeld said Poilievre has been “selectively reading and quoting from my report” and ignoring the recommendations. Nor has the minister ever contacted him to discuss the report.

“I was waiting for that call and it never came,” he told the committee.

While his report did raise the alarm about problems in the vouching process, Neufeld said those irregularities were the result of administrative errors, not deliberate attempts by ineligible voters to cast ballots fraudulently.

“There is no evidence of voter fraud,” he said.

His report recommended that the complicated vouching paperwork be simplified and that elections officers be better trained so they’d make fewer mistakes.

Neufeld echoed national chief electoral officer Marc Mayrand’s concern that more than 100,000 voters could be disenfranchised if vouching is banned — particularly students, seniors, the poor and on-reserve aboriginals who often lack documentation to prove where they live.

And he said that number could be even larger because the government is proposing to simultaneously ban the use of voter information cards to prove residence.

Election laws must balance the need to make the voting system accessible for all eligible voters against the need to preserve the integrity of the process, Neufeld acknowledged. But, with the proposed double whammy on vouching and voter information cards, he said C-23 “creates a fundamental imbalance.”

He added that the bill departs markedly from the fundamental right to vote, guaranteed to every citizen by the Charter of Rights and Freedoms.

Conservative MP Erin O’Toole argued that most provinces don’t allow vouching and suggested the federal government was just catching up with common practice.

Neufeld offered to explain other ways to ensure voters aren’t robbed of their right to vote but O’Toole said he didn’t have time to hear them.