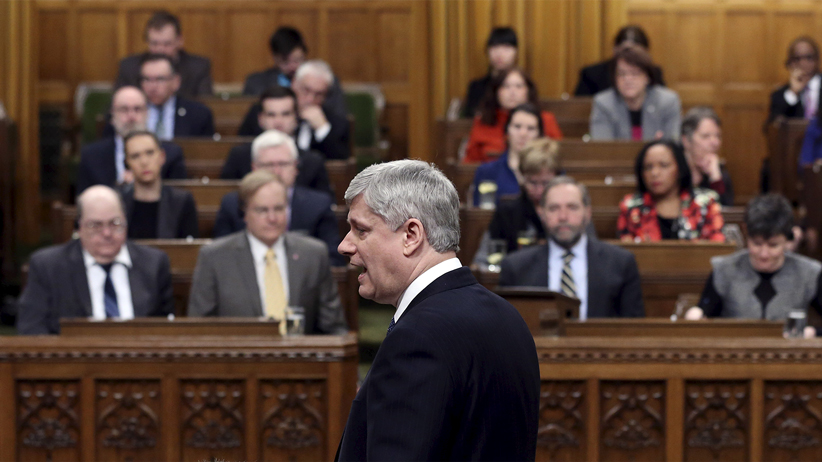 OTTAWA — They are government bills born to die.

The Harper government has stuffed the legislative pipeline with newly introduced bills in the past two weeks, despite being well aware that those proposed laws are dead in the water.

Seven of 10 new bills introduced so far this month and sponsored by Conservative ministers are stalled. They range from a new national marine conservation area for Lake Superior and the Georges Bank Protection Act, to motor vehicle safety amendments, copyright changes, new mandatory minimum sentences for gun crime and changes to the Controlled Drugs and Substances Act.

With seven or fewer sitting days remaining before the House of Commons rises for the summer recess, the bills can’t possibly be passed before the break.

And a looming election call — guaranteed by the Conservatives’ fixed election date law — will wipe clean the legislative slate before MPs sit again next fall. All unpassed bills automatically die when Parliament is dissolved.

“I’m sure the honourable members and Canadians will have noticed that we have been bringing forward a number of pieces of legislation in recent days and we will continue to do so for the days to come,” Peter Van Loan, the Conservative House leader, told the House of Commons late last week.

“Together they form the beginning of a substantial four-year legislative agenda which our Conservative government will begin to tackle under the prime minister’s leadership after being re-elected on Oct. 19.”

Related: One of the doomed bills? Ottawa’s efforts against genetic discrimination

Not everyone is sold on the merits of introducing new bills in the waning moments of a four-year majority mandate, in the full knowledge they’ll have to be re-introduced from scratch (or not) in a new Parliament.

But the placeholder bill may be just another tactic that’s come to stay as a result of having fixed election dates.

“This government is just scrambling to throw something out, so I imagine Mr. Harper has something to say in the (election) debates: ‘Oh, in the last couple of days of Parliament, we put forward a bill on that,”’ said Peter Julian, the NDP House leader.

“It’s showing profound disrespect for Canadians, and it shows the utter incompetence of this government.”

The NDP has been tracking the number of times the Conservatives have used tactics to cut short debate on legislation, and last week with the government’s latest omnibus budget bill it hit 100. Bill C-59 will be passed this week.

Liberal MP Marc Garneau called it “a bit of hubris” for the Conservatives to start laying down legislation now that they’ll only have to re-introduce next fall should Canadians choose to renew their mandate.

“Nature abhors a vacuum and I think that they feel that they have to sort of show Canadians that they’re still moving forward with things,” said Garneau.

And just because a majority government launches a new bill, doesn’t mean it will pass it, even if time permits.

Meanwhile, parliamentarians are racing this week to wrap up “Quanto’s law,” a bill that increases penalties for those who harm service animals. The much-hyped legislation was promised in the Conservative government’s October 2013 speech from the throne.

Amid the flurry of last-minute Conservative legislation, there’s still been nothing but silence from the government on a promise to begin public consultations on medically assisted death — a weighty matter the Supreme Court of Canada gave Parliament one year to address in a landmark judgment in February.