'I'm a bit worried they're going to cook the books,' says Nathan Cullen, the NDP's finance critic about the now-delayed budget 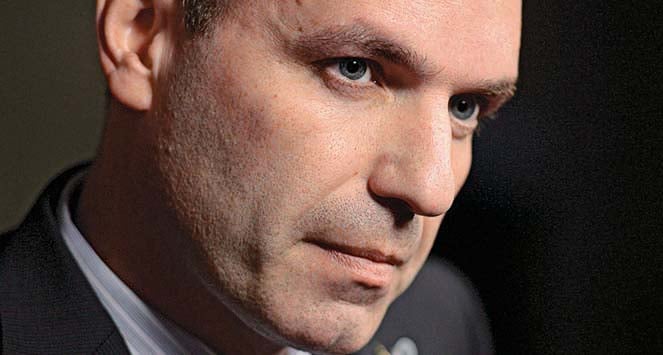 OTTAWA – As part of its budgetary wish list, the NDP wants the Conservative government to ditch its income-splitting plan for families with children, lower the age of eligibility for Old Age Security back to 65 and bring in universal child care that would cost parents no more than $15 a day.

NDP finance critic Nathan Cullen wrote Sunday to Finance Minister Joe Oliver, outlining what his party would like to see in the next federal budget.

The budget, which has traditionally been released in February or March, has been delayed until at least April as the Conservatives evaluate the effect of falling oil prices. In his letter, Cullen urged Oliver not to delay the budget “in the hopes oil prices might recover.”

Related:
Maclean’s On the Hill podcast: On federal budgets
Let’s handicap the federal election—in all its infinite possibilities

In a telephone interview Sunday, Cullen said he was worried that Oliver may change his department’s approach to calculating future oil prices. The calculations in the government’s fall economic update were based on a price of US$81 per barrel.

But now that prices have plunged to near six-year lows, the finance minister has said he will rely on private-sector forecasts — some of which expect oil prices to rebound later this year — when he prepares his next budget. A budget based on higher oil prices would give the government considerably more latitude than one that bases its projections on current levels.

“Oliver this week in Vancouver was suggesting that the way that they estimate oil prices, they’re now going to change and put on some rose-coloured glasses and get better numbers and justify their program spending.

“That’s a worrisome thing. If they produce what we in B.C. call a ‘fudge-it’ budget, then we’re in some very treacherous waters.”

Oliver’s office has yet to respond to a request for comment.

Balancing the budget would require the government to spend its entire $3-billion contingency reserve, leaving nothing for new measures, BMO Financial Group chief economist Douglas Porter wrote in a note to clients Friday.

The Conservatives had already left themselves a razor-thin margin due to the decision to unveil a multibillion-dollar suite of family tax-and-benefit measures in late October, after world oil prices had started to tumble.

Those measures were promised during the 2011 election campaign, contingent on a balanced budget in 2015.

“They’ve painted themselves into a real corner,” Cullen said. “They spent the surplus before they had it. Now they’ve got a problem, because they’ve sliced everything so thin.”

As for what else the NDP would like to see in the budget, Cullen asked Oliver to spend less on government advertising and subsidies to oil companies; adopt the NDP’s universal child-care plan; and to bring back a federal minimum wage, which would be gradually raised to $15 an hour.

Cullen also says the government should reverse its plan to alter how it calculates payments to the provinces and territories, which Canada’s premiers and territorial leaders have said will cost them $36 billion in health transfers over a 10-year period.