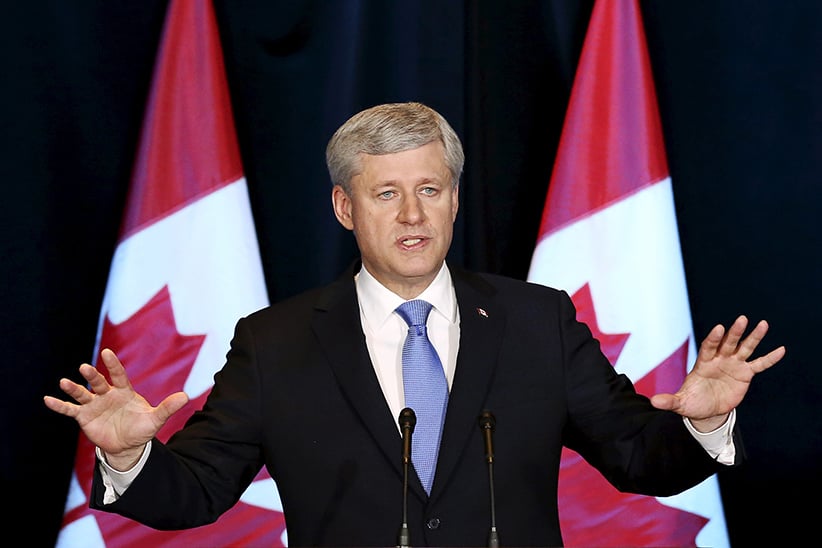 Stephen Harper during a news conference on the Trans-Pacific Partnership (TPP) in Ottawa, October 5, 2015. (Chris Wattie/Reuters)

Prime Minister Justin Trudeau said he wanted to read the Trans-Pacific Partnership trade deal before passing judgment on it — and now he’ll have his chance.

The text of the agreement finalized Oct. 5 between a dozen Pacific Rim countries has been posted on the website of the New Zealand Foreign Ministry.

When the agreement was announced during the federal election campaign, Stephen Harper hailed it as a landmark deal, but also promised a $4.3 billion package for dairy farmers and $1 billion for the auto sector.

The White House said that during a phone call between Trudeau and U.S. President Barack Obama they discussed “the need to move forward with implementing the high standards” of the TPP, and Japan has also said it’s keen to move forward with Canada on the deal that covers 40 per cent of the global economy.

Government officials have said agreement would be accompanied by a series of side deals for Canada.