Not a deal, just a meeting of minds

The NDP, writes Andrew Coyne, will have a hard time voting against the Tories EI reforms 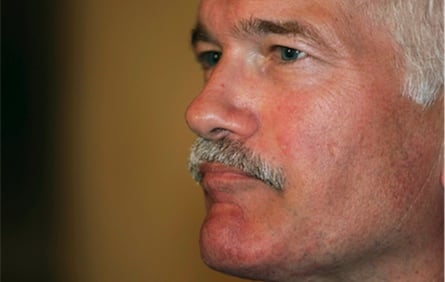 The federal Conservatives are set to introduce employment insurance enhancements that could change the treatment of severance packages and help laid-off long-term workers find jobs more quickly, The Canadian Press has learned.

Human Resources Minister Diane Finley is expected to table new measures as early as next week, with a package designed to undermine the Liberals’ pre-election campaign to reform EI and burnish the Tory image of being good economic managers.

The Conservatives are eyeing measures that would stop the treatment of severance packages as earnings; extend benefits for those who have paid into the EI system for years; or offer “wage insurance” — a topping-up of benefits for laid-off workers who are reluctant to take a new lower-paid job.

Moving expenses are also in play, in the hope of helping unemployed people relocate easily to find work. Maternity and paternity benefits for self-employed workers have also been under consideration.

Never mind the Liberals. Surely the more interesting question is: how does the NDP react? Conventional wisdom has it that the NDP couldn’t possibly prop up the Tories, having famously voted against them 79 times — and that the Tories couldn’t make a pitch for their support, because that would undermine their campaign against the putative Liberal coalition with the “socialists and separatists.” Besides, didn’t both leaders rule out any “back-room deals”?

So okay, it’s not a deal: it’s just a package of reforms to EI. A package that the NDP would have a hard time voting against. You know, what with the recession and all. It’s not like they’d be supporting the Tories. Just doing what’s right for working families.

Sources told the CBC the measures are being introduced to woo the NDP in advance of a possible confidence vote. NDP Leader Jack Layton has signalled his party is prepared to work with the Conservatives if Prime Minister Stephen Harper is prepared to compromise…

A senior NDP official told CBC News the party would look closely at the Conservative proposals.

“There needs to be substance behind the EI improvements for NDP support,” the official said. “The unemployed need real help and they need it now. NDP bills and motions on EI point the way to what needs to be done.”

But remember: no deals.

NDP Leader Jack Layton says he doesn’t believe an election is inevitable, despite speculation that a non-confidence vote next week could topple the Conservative government…

Layton said Saturday he would prefer that the parties work together on Employment Insurance reform, a job-creation plan, help for the elderly and consumer protections.

“We’ll side with the Canadian people, that’s who we’ll side with,” Layton told CTV News Channel. “And I guess I’m looking for results for Canadians. And I’m not ready to say that an election is somehow inevitable. We should be trying to make Parliament work.”

Layton called on the party leaders to “put some of these partisan considerations — the focus on how many seats you’ve got, how large your caucus is, and so on — aside and instead get results for people that are in need.”