Noted in Ottawa: Trudeau and Pena Nieto out for a run 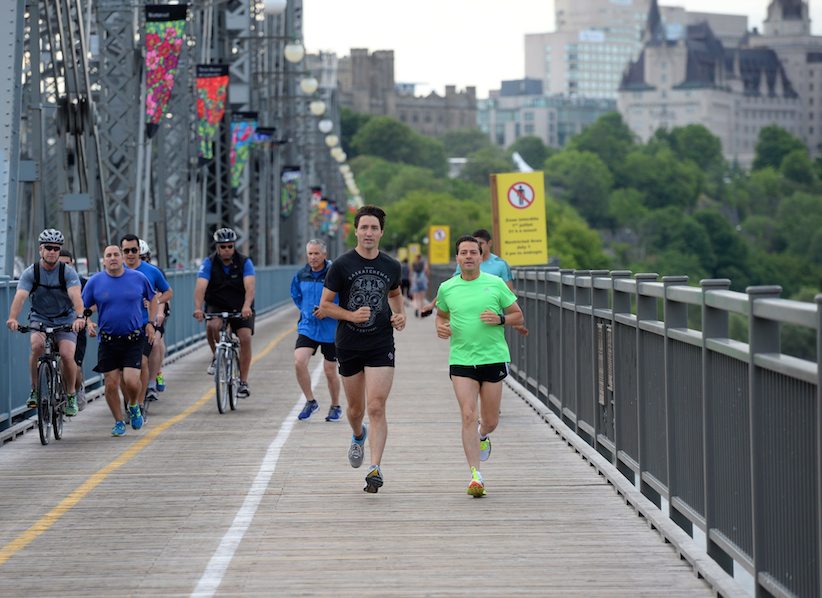 Noted in Ottawa on Tuesday morning:

After leaving the Chateau Laurier, they crossed the provincial boundary from Ontario to Quebec across the Ottawa River on the Alexandra Bridge.

Trudeau spoke to Peña Nieto as they ran side by side along the wooden boards of the span’s footpath.

Peña Nieto is in Ottawa for an official state visit ahead of the Three Amigos summit.

Related: An Ottawan’s guide to the Three Amigos summit

Trudeau hosted a banquet for Peña Nieto on Monday night in Toronto, where the Prime Minister said discussions between the two leaders during the coming days would include the flow of people and goods.

The two men will be joined on Wednesday by U.S. President Barack Obama for the North American Leaders Summit in Ottawa, commonly known as the Three Amigos.