Obama, Harper and the end of the affair

Paul Wells on the sorry state of Canada-U.S. relations 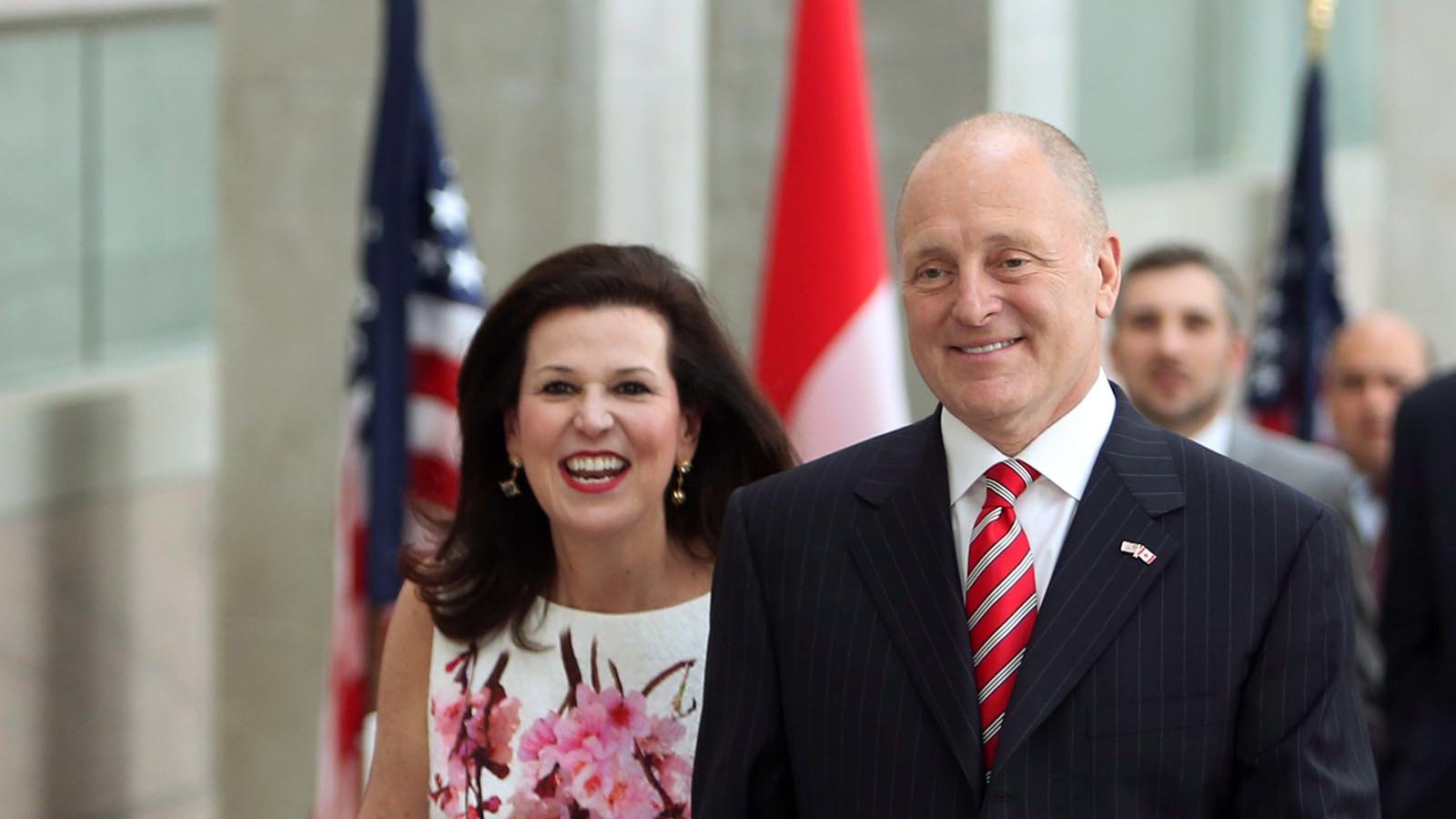 “My unshakeable belief is that the U.S.-Canada relationship is strong and thriving,” Bruce Heyman said the other night at the National Gallery of Canada on Sussex Drive. It was a big night, for Bruce Heyman is the new American ambassador to Canada, and he had not yet shared his thoughts on relations between our two countries. Turns out he likes to look on the bright side. He’ll need to.

Heyman is a cheerful Chicago investment banker who raised campaign funds for Barack Obama. He replaces David Jacobson, a cheerful Chicago lawyer who raised campaign funds for Barack Obama. As with much else in the Obama presidency, one senses a trend. He was not offering his first diagnosis of the bilateral relationship a moment too soon, because he was speaking 18 months before the 2016 Iowa presidential caucuses. Any later and he would have run into the next president’s ambassador. (These things take time. Obama had so many fundraisers to choose from. The Senate was in no rush to confirm the appointment.)

Now here Heyman is and, after a three-week tour of Canada, he was pleased to share his impressions. Basically, he said, everything’s great, as long as you don’t notice the two guys in charge.

He praised the border—5,000 miles!—and the integration of the two countries’ economies. “It’s not just that we make things together,” he said. “Now, we’re making more things together.” He was bullish on investment. If you live in one country and want to do business in the other, he suggested, “call the American embassy here in Ottawa,” something most businesses never do.

Interspersed with his odes to the eternal, Heyman mentioned problems that are merely starting to seem eternal. “We need an effective border that makes it easy for legal commerce and travellers to flow through efficiently, and makes it hard for those things that threaten us to pass through,” he said. That has been every prime minister’s priority since 2001. Progress has been modest.

Most of the crowd wanted to hear what Heyman had to say on energy and the environment, which is everyone’s polite term for the interminable wait for Obama to accept, or reject, the Keystone XL pipeline from Alberta into Nebraska. The dispute has poisoned the relationship between Obama and Stephen Harper—except Heyman hates when I talk that way. “Do not mistake headlines for trendlines,” he said. Turn that frown upside down! “Do not take a few issues and draw any conclusions on the overall relationship.”

Especially because any conclusion you drew would be the obvious one. Reconciling carbon emissions and the energy markets of Canada and the U.S. “is not a task that we can take on individually,” Heyman said. “It can only be successfully challenged together.”

This reminded me of something Leona Aglukkaq had said earlier that day. Aglukkaq is Canada’s environment minister, I suppose, to the extent we have one, and she said, “The integration of our economies suggests our countries should be taking action together, not alone.”

The humour was subtle, but it worked: The U.S. ambassador and the Canadian minister were calling for cross-border co-operation on the day Obama’s administration announced tough new emissions standards for the U.S. coal industry, that country’s biggest polluter. There had, of course, been none of the cross-border co-operation both sides claim to want. In the early years of Obama’s presidency, members of the Harper government used to describe their “continental approach to energy and the environment,” until it became clear the rest of the continent wasn’t playing.

The history of executive-level partnership across that 5,000-mile border has been spotty, but there have been bright moments. Mulroney and Reagan. Clinton and Chrétien. Well, two bright moments. The collapse of the Harper-Obama relationship is so complete that at least one of them will have to go before co-operative leadership at the top returns.

There’s no point blaming the two leaders. They are alike in important ways, and unlike in others. Neither much feels like socializing by telephone. Both have long been preoccupied with domestic politics and, to the extent that’s begun to change for Harper, he finds comfort in places that make Obama uncomfortable: Israel and central and eastern Europe. Their similarities make them repel, as like poles of two magnets do.

Their differences are worse. Both leaders delivered major foreign-policy speeches last week. Obama’s, at West Point, N.Y., was billed in advance as a big deal. Harper’s, in Toronto, lauded the efforts of a private organization raising money for a Canadian monument to the victims of Communism. It would be hard to square the two visions on offer. Obama made a case for moderation and, above all, for calculation. “The United States will use military force, unilaterally if necessary, when our core interests demand it: when our people are threatened; when our livelihoods are at stake; when the security of our allies is in danger.”

Harper was far more sweeping. “Canada defends and promotes the basic freedoms that are crucial to maintaining human society, and we oppose those everywhere who threaten those values.”

Harper: “There have been times when we’ve fallen short, heeded the calls of those who preferred to see Canada sidelined, to see Canada serve as a neutral bystander instead of a principled actor.”

No wonder they don’t talk.

The Heymans, meanwhile, are enjoying their stay in Canada. Don’t take a few issues and draw any conclusions.

Watch the conversation everyone’s talking about:
Canada’s former man in Washington, Frank McKenna, asking tough questions of Bruce Heyman, President Barack Obama’s man in Ottawa. On June 2, Canada 2020 invited McKenna, the Canadian ambassador during Paul Martin’s final year as prime minister, to sit down with Heyman, the Chicago businessman who took over as U.S. ambassador to Canada in March. Check out the video below. Heyman also made a speech, which you can read here.

Hear excerpts from a conversation between our political editor and the U.S. ambassador: