Obama in Estonia: 'A moment of testing'

In a tiny corner of Europe, a big promise 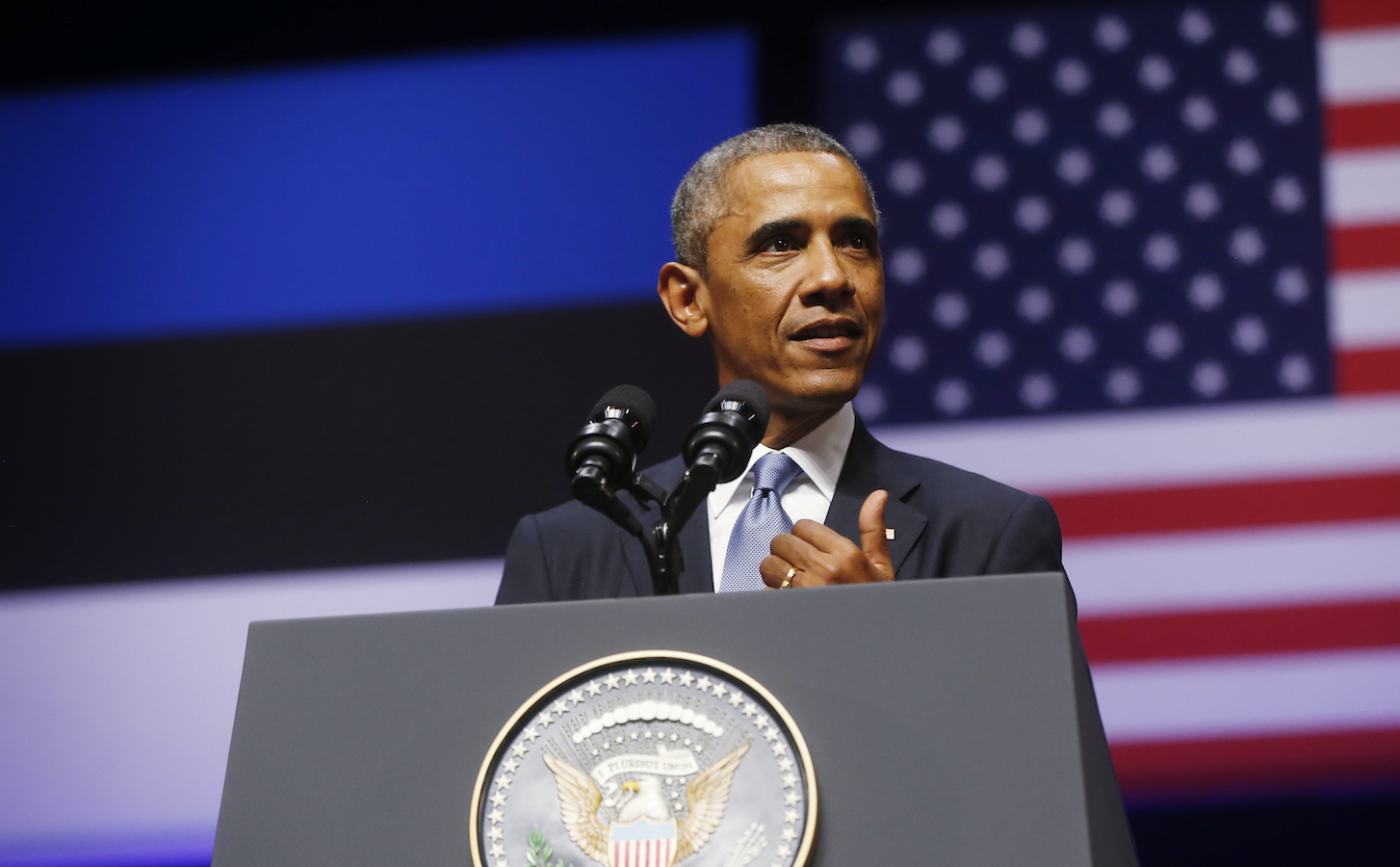 The year’s events in Ukraine and across Europe have amounted to a question: What is worth a fight? Or more precisely: Would any local fight in Europe be worth escalating to a global fight, with everything that entails? Yesterday Barack Obama gave the answer.

He gave it in Tallinn, the capital of Estonia, in a major speech that received little coverage for, I suppose, at least three reasons. First, it was in a distant corner of Europe, on the eve of a NATO summit in Wales that will be much easier for news organizations to cover. Second, the U.S. president has acquired a reputation as an addled and distracted dove who erases red lines faster than he can draw them. This speech really doesn’t fit that frame. Third, the implications of the commitments Obama made in Tallinn are so frightening it will be better if they are never tested.

“We will defend our NATO allies, and that means every ally. In this alliance, there are no old members or new members, no junior partners or senior partners — there are just allies, pure and simple. And we will defend the territorial integrity of every single ally… Because the defense of Tallinn and Riga and Vilnius is just as important as the defense of Berlin and Paris and London.

“During the long Soviet occupation, the great Estonian poet, Marie Under, wrote a poem in which she cried to the world: ‘Who’ll come to help? Right here, at present, now!’ And I say to the people of Estonia and the people of the Baltics, today we are bound by our treaty alliance. We have a solemn duty to each other. Article 5 is crystal clear: An attack on one is an attack on all. So if, in such a moment, you ever ask again, ‘who will come to help,’ you’ll know the answer — the NATO alliance, including the Armed Forces of the United States of America, ‘right here, [at] present, now!’ We’ll be here for Estonia. We will be here for Latvia. We will be here for Lithuania. You lost your independence once before. With NATO, you will never lose it again.”

Most Canadians don’t have a real feel for the significance of those words, spoken by an American president in a country that was, for decades, constitutionally a constituent republic of the Soviet Union, a country Mikhail Gorbachev tried to keep in the U.S.S.R. with an armoured assault as late as 1991, a country that flies the NATO flag beside the flags of Estonia and the EU outside government buildings. In places like Estonia, people know what it means to be left to their fates. In sovereign countries like Estonia, to whom sovereignty was long denied, joining the EU and NATO were about picking, for themselves, at last, a team. But the weak kid on a team always wonders whether the team has picked him too. Now Obama, who does not travel often enough in Europe, has come to Tallinn to equate Estonia with Britain in military importance.

This draws a stark and, for Ukrainians, dispiriting difference between membership in NATO and exclusion from its ranks. Ukraine can receive aid and counsel, but its fight with Putin’s Russia is its own fight. All year the question has been whether the situation would be any different if Putin started to peck away at isolated corners of NATO. In 1939, after Hitler rolled into Poland, a French pacifist wrote a pamphlet with the title Mourir pour Danzig? — roughly, “What’s the point of dying for Gdansk?” This year some observers have asked whether there’s any point dying for Kyiv, or Tallinn, or Warsaw, or Paris. Different people get off that train at different points.

But firming up a red line around NATO raises the embarrassing possibility that Ukraine is fair game, I reminded Sikorski. “But without doing that, you might be sending the message that Poland is fair game,” he said evenly.

Obama has drawn a red line, redder and line-ier than the one he drew for Syria. Not a distracted metaphor in an interview in Washington, but a formal speech delivered in person on the affected territory. The stakes were always high, but now it’s easier to understand them. If Russia attacks these small republics along its northwest border, the United States would send armies. So would Canada. And, yes, both sides have nuclear weapons.

I don’t believe any of this will happen. Despite a long history of sabre-rattling against Estonia, Lithuania and Latvia by Putin’s armed forces, I believe Putin has preferred easy targets over hard targets and that eastern Ukraine is turning out quite a bit harder than he hoped. Obama’s commitment is unlikely to be tested.

But NATO has always been a promise among democracies before it is a threat against their enemies. If NATO has no meaning then it can carry no consequence. Barack Obama reiterated its meaning yesterday. It was a big moment.