Liberals are humbled, Scheer stays the course and some Albertans are fed up 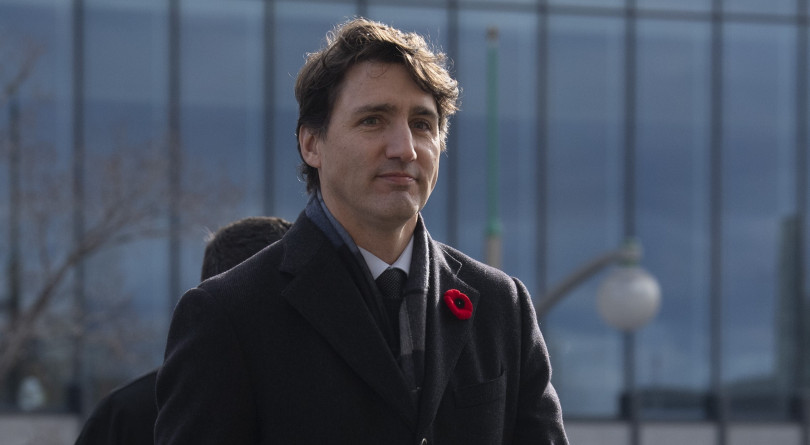 The question that haunts Andrew Scheer: Andrew Scheer had to know it was coming — “Do you believe that being gay is a sin?” Yet as Andrew MacDougall writes, when a reporter put those words to Scheer after Wednesday’s first post-election Conservative caucus meeting, Scheer failed to give the only answer that would make questions about his commitment to LGBTQ rights go away: “No.”

The simplest explanation is that Scheer actually thinks being gay is a sin. He certainly gives off the uncomfortable vibe of a sincere and practicing Catholic when talking about all that is gay. And fair play. But enjoy banging your head against that low electoral ceiling, Mr. Scheer.

Because whether you like it or not, holding the minority view on minority issues is a major league political problem in Canada circa 2019. Canadians expect their leaders to do more than respect rights. At a minimum, they expect a little bit of candour. Read more ››

Meanwhile Scheer seemed to insist that if he had to do the election over again, the only thing he’d change is the messaging, which was a common assessment among pundits in the wake of Scheer’s post-caucus scrum. See: “Andrew Scheer does not sound like a man who thinks he needs to change,” and “Scheer audacity to expect a win without change.”

No, seriously, we mean it: It was the Liberals’ turn for introspection and reflection on Thursday when surviving and outgoing MPs met with Justin Trudeau. While the Liberals have behaved more triumphant than chastened in the eyes of a lot of people since election day, MP François-Philippe Champagne wanted everyone to know they get it. “We’re not here boasting,” he said. “We’re here humble. We’re here listening, we’re here making sure that we plan the future together.”

It was left to soon-to-be-departed Ralph Goodale, who fell victim to the blue wave that swept the prairies, to reflect on the big missing piece in that plan: “There’s a very challenging circle to square here. A majority of Canadians on election night voted very clearly for the completion of the Trans Mountain expansion. A very strong majority of Canadians also voted for more vigorous ambition with respect to climate change. And finding the ways to bring all of that together, as the government and the prime minister [have] said for years — proper policy with respect to the economy and energy need to go hand-in-hand with proper policy with respect to the environment.”

Why so many Albertans are giving up on their country: In an essay for Maclean’s, Jen Gerson delves into why people in the rest of Canada find it so easy to dismiss the very real crisis facing Alberta’s economy, and why that smug indifference — which spares other Canadians the burden of self-examination — is what’s really driving feelings of alienation in the province:

Nefarious far-right conspiracies born in the dark heart of oil country, though never quite proven, are assumed.

Yet Alberta isn’t passing legislation like Bill 21, which would bar members of the public service from wearing religious garb. It isn’t calling for a “values test” for new immigrants.

A recent Ipsos poll conducted for Global News found that roughly half of all Canadians entertained racist thoughts they wouldn’t speak in public.

The point isn’t to deny that kooks and racists live in Alberta, nor to litigate which province is most racist, but rather to note that the stereotype serves a particular political function. When a reporter parachutes into cattle country to root out a racist wacknut, the outlier and the anecdote become proof of the corrupt and immoral nature of the province and its political culture as a whole.

I had long chalked this up to habit. Once your province has cultivated a reputation for being a redneck backwater, well, that’s a hard one to break. But it’s a habit that leaves Albertans constantly seeing themselves and their grievances reflected back at them through a profoundly distorted lens. Read more ››

Is ailing America ready for a radical prescription?: Turning to south of the border, Michael Fraiman visits Ohio — a crucial pit stop on the road to the White House — for the latest print edition of Maclean’s, and finds Democrat frontrunners proposing policy solutions that previously existed on the political fringes in American politics, like Medicare. Democrats need the Rust Belt to buy what they’re selling:

If Democrats want to win in 2020, they have to win Ohio. Seriously. No American president since 1964 has been elected without winning the Buckeye State. Somewhat unbelievably, no Republican, since the party’s inception in 1854, has ever won the presidency without Ohio. In the aftermath of an election deﬁned by the lashing out of a frustrated American Midwest, in which once-blue states like Ohio flipped red to hand Republicans a slim victory because they felt they weren’t being heard, Democrats are now listening carefully. Read more ››