Oliver is Harper's man for the pre-campaign sales pitch 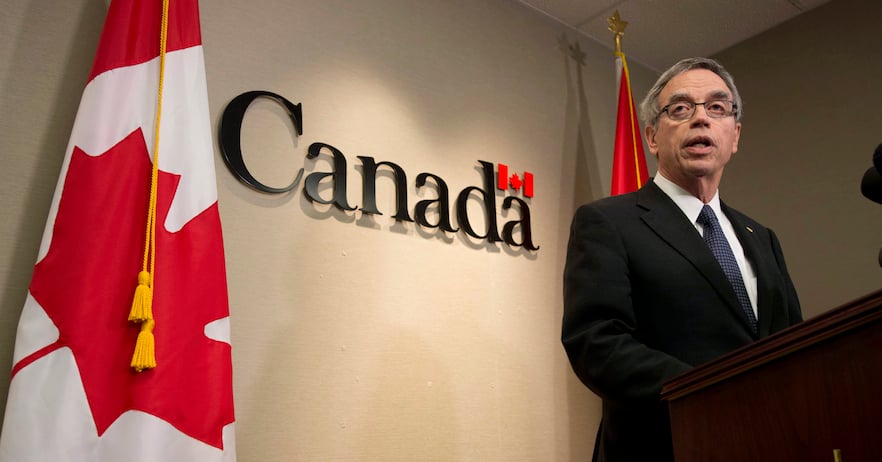 OTTAWA – For a time, the Conservative government used something called “event in a box” to help guide MPs on public announcements, a ready-made communications kit that could be rolled out with no fuss, no muss.

As Joe Oliver stepped into the Finance portfolio Wednesday, replacing longtime minister Jim Flaherty, some wondered whether he would be given any latitude, or simply be rolling out a pre-election package.

“My overarching priority is to continue the government’s agenda of creating jobs and growth right across the country,” Oliver told The Canadian Press in an interview.

Oliver will preside over just one federal budget before the fall 2015 election, one that is guaranteed to feature a surplus for the first time since 2007.

Whatever moves Oliver makes in his new portfolio will be done at least partly in the context of electoral strategy and the shape of the next Conservative platform, elements highly controlled by the prime minister and party headquarters.

Keith Beardsley, a former aide to Prime Minister Stephen Harper, said there’s a perception of 73-year-old Oliver as a place holder before the next election.

“You now have someone stepping in those shoes with a prime minister who certainly has his own opinions on the economy, and tax cuts, and everything else. So I think leading up to the election it’s probably going to be largely controlled from PMO, through the PM directly,” said Beardsley.

On the other hand, the former investment banker was not one to shy away from a conversation about his portfolio at Natural Resources. Oliver is also regarded as a straight shooter, a bilingual one to boot. He has much more business experience than Flaherty did when he began in 2006.

Sandra Buckler, a former director of communications to the prime minister, said it is a disservice to Oliver to think of him as a mere spear carrier.

Buckler worked on Oliver’s 2011 election campaign, and called him indefatigable and highly personable. She said Oliver fit right into cabinet, despite the fact he was a first-time politician, and has never been afraid to say “tough things publicly.”

“I think he will be able to provide a steady hand to make sure the government will deliver on what it promised, which will be a pretty good surplus, but the needs and emphasis will have to be fine tuned,” said Buckler, vice-president of Bluesky Strategy Group.

How he navigates the debate inside the Conservative caucus over the controversial platform promise to extend income splitting to couples with children will be closely watched.

Flaherty had expressed serious doubts about the merits of a tax break that would favour a small proportion of Canadians — some of them wealthy. Many Tory MPs complained that they had personally campaigned on the measure and it shouldn’t be abandoned.

Oliver was vague about the issue.

“We’re going to be honouring our platform, but this is very early in my mandate so I’m going to be looking at the details,” he said.

He criticized comments Oliver has made in the past questioning the speed of global warming, and his attacks on environmental groups as foreign-funded “radicals.”

“Joe Oliver has a record of making things up, of insulting people from environmentalists to First Nations, and frankly his appointment is an embarrassment to Canada,” Mulcair said in London, Ont.