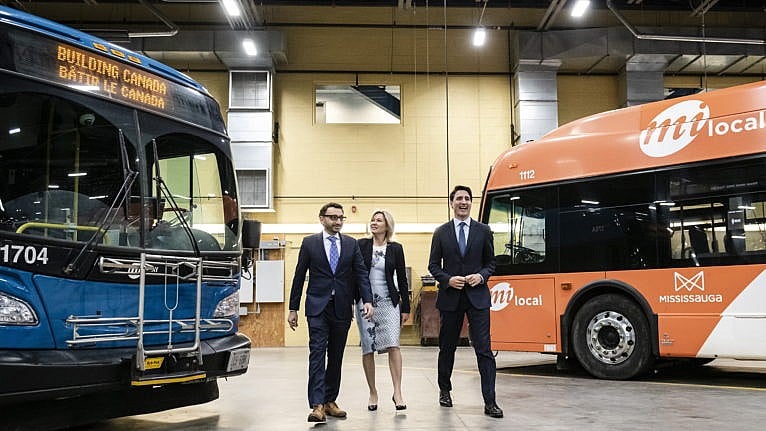 Omar Alghabra was due for a promotion into the Canadian federal ministry, say some of his current and former colleagues.

The Mississauga MP racked up years of experience on tricky issues before his appointment Tuesday to the transport file. “Omar has carried some difficult files and worked so hard in his constituency but also for the wider GTA region politically, but never made it to cabinet,” says a former senior Liberal official.

The ex-official attributes that to the number of Greater Toronto Area ministers already on the Liberal bench. The departure of another GTA politician, Navdeep Bains, left an opening for Alghabra. “His work ethic, commitment and compassion, not to mention he is whip-smart, a former engineer and passionate about transport, make him ideal for the role. There won’t be anyone you find who isn’t happy for him and excited about what he will bring.”

Julian Ovens, now a senior advisor with Crestview Strategy, was the chief of staff to several ministers for whom Alghabra served as parliamentary secretary. Ovens describes Alghabra as a good friend, a “fundamentally decent person,” a hard worker and someone who isn’t in it for the limelight.

He established good relationships with his counterparts, Ovens says—especially former foreign minister Stéphane Dion and former trade minister Jim Carr, who is returning to the cabinet table per Tuesday’s announcement—and he is well-respected within caucus and across the aisle.

Alghabra had served in the House of Commons as an opposition MP from 2006 to 2008, working stints as a consultant and a visiting professor at Ryerson University before returning to Parliament in the 2015 landslide that gave Liberals a majority.

(A non sequitur: In that campaign, Alghabra ran a strange little ad that played off the popularity of Game of Thrones. It began with an animated map then showed angry cartoon constituents hungry for change and getting ready to, verbatim, “storm the capital”—a phrase that, way back in 2015, could only be interpreted as harmless hyperbole. The ad concludes when the gaggle considers flying a raven to Ottawa but settles on sending Omar instead.)

During Prime Minister Justin Trudeau’s first term, Alghabra served as parliamentary secretary to foreign and trade ministers, handling Canada’s consular affairs file for several years. He was involved in managing cases such as the 2015 kidnapping of John Ridsdel and Robert Hall in the Philippines—which culminated in their beheadings as Canada refused to meet ransom demands—and the 2017 rescue of Joshua Boyle, his American wife Caitlin Coleman and their three kids from a Taliban-affiliated group.

As an Arab-Canadian lawmaker, Alghabra has received regular vitriol online, which Ovens says he “powers through.” His background is not just fodder for Twitter trolls. A Conservative senator was pressured to apologize in 2018 after publicly insinuating that his birthplace would affect his handling of foreign policy.

Born into a Syrian family in Saudi Arabia, Alghabra immigrated to Canada at 19 to study engineering in Toronto. He told the Globe and Mail in 2017 that, growing up, Saudis saw him as Syrian and Syrians saw him as Saudi. “And in Canada, I’m a newcomer as well.”

During the heat of the Syrian civil war, Alghabra was unable to visit family members in the region, including after his father passed away in 2015. This gave him a unique lens for his job, he told the Globe: “I am in a position where I have to interact with families who have loved ones in troubling situations. And I can certainly relate to the level of anxiety and the angst they feel because I know what it’s like.”

After the 2019 election, he was appointed the Prime Minister’s parliamentary secretary for public service reform. But in the aftermath of the Ukrainian Airlines crash in Iran last year—which claimed the lives of 55 Canadian citizens, 30 permanent residents and 53 more people en route to visit Canada—he was brought back to the foreign affairs table and asked to work with victims’ families.

The tested ability to juggle so many conflicting interests at once will serve him well as he oversees transport, Ovens says. “Transport is a place where it’s really important to understand all sides of different issues—to work with employees and unions, pretty heavily-regulated companies and all sorts of other stakeholders. Grain farmers. Consumers. Businesspeople.”

Alghabra is inheriting the portfolio, which covers railways, marine safety, aviation and more, at a time when travel is restricted and new pandemic regulations are in force, and just a year after rail blockades in solidarity with Wet’suwet’en hereditary chiefs caused a supply chain problem and a challenge for a government that has claimed its relationship with Indigenous people is a top priority.

It is not the most glamorous job in cabinet but it is seen as an important file that requires a steady hand at the wheel. Even if his tenure proves to be short-lived, should an election be called in 2021, Alghabra’s cheerleaders suggest there will be time and space enough for him to make his mark.