Ottawa has four months to create new doctor-assisted dying laws. The Canadian Medical Association's president on what comes next 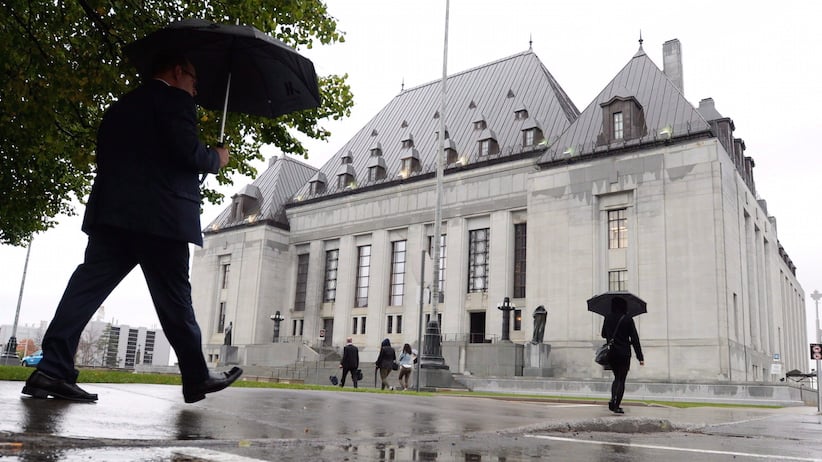 The Supreme Court of Canada building. THE CANADIAN PRESS/Sean Kilpatrick

The Supreme Court of Canada has given the federal government—along with the provinces and groups representing doctors—four months to craft a new legal framework to allow doctor-assisted dying across Canada.

The government had asked for six more months—beyond the Feb. 6 deadline set in last year’s landmark ruling to allow suffering adults to seek medical help in ending their lives—but the court ordered swifter action. It also allowed for individuals to apply to the courts to seek assisted death during the four-month extension period.

Among the key groups that will now have to work closely with the government on complying with the court’s decision is the Canadian Medical Association, which represents more than 80,000 doctors. Dr. Cindy Forbes, the president of the CMA, spoke about what has to happen in the next four months. This is an edited version of the interview—listen to this, and more, in our weekly politics podcast, Maclean’s On The Hill.

Q: Do you think four months is enough time to respond to all the challenges involved in this issue?

A: I do believe that four months can be enough time, but there’s a lot of work to do and it has to move along quickly.

Q: There are physicians who don’t want to be involved with assisted dying. Do you think there has to be regulation or legislation explicitly saying that a doctor wouldn’t be required to take part?

A: I think there are a number of options on how governments can proceed through regulations, legislation, guidelines. The Supreme Court ruling does specify that physicians shouldn’t be compelled to participate. But it is important that the expectation of the role of physicians be very clear. So we have taken the position that physicians who object due to reasons of conscience, their moral or religious belief, should not be compelled to participate, but that it is reasonable that they be expected to advise patients about all of their options, including physician-assisted dying.

Q: Would that include referring them to another doctor?

A: That is another area that requires clarification. Some physicians think that is equal to providing the service. There does need to be a balance between the physician’s right to object and the patient’s right to access the service. We don’t really feel that access will be a problem because of that.

Q: Your group has recommended a formal oversight body. Can you explain how that would work?

A: We envision a body that would collect all of the information. There would be a written request from the patient, a second assessment by another physician to ensure the patient is competent. So all of the documentation and the death certificate and any of the information that pertains to the diagnosis and the procedure would be collected by an oversight body. This would be monitored. If there were any concerns we would also be able to keep track of what’s happening across the country.

Q: This wouldn’t be set up in every province, then—it would be a national oversight body of some sort?

A: Either is possible. It could be done at the provincial level, but there would be national guidelines, national standards set for the type of information collected.

A: Well, again, there are a number of scenarios. There could be some overarching federal legislation, or there could be an agreement to adopt the same guidelines in each province, other than knowing that Quebec has come forward already with theirs. For us, it’s really the principle of consistency, so it isn’t seen as a patchwork of different rules and regulations, where patients could possibly qualify in one province but not another.

Q: On the situation that will prevail for the next for months, do you have any qualms about the Supreme Court of Canada allowing individuals to ask courts for permission to allow a doctor to help them die even before a new system and guidelines are in place? Might that put doctors in a difficult position?

A: I interpret the Supreme Court’s decision in that respect as trying to be sensitive to the patients who have waited for the timeline that was given originally and that may be suffering. We are certainly supportive of that decision. As regard to what physicians will do without clear guidelines in the interim, it may be difficult.

There may be some confusion, lack of clarity. But I’m sure a few will step forward due to compassionate reasons and could look to guidelines from other jurisdictions, such as Quebec or the Netherlands. They may choose to look at some other models until there’s something clear with regards to a Canadian process.

Q: Coming back to what the court has allowed, the timeline seems short to me. Something this complex, this emotionally fraught, with jurisdictional questions that have to be worked out—do you have reason to believe enough work has been done that a framework can be in place in four months?

A: A lot of work has been done. I’m not in a position to say what the federal government has in mind. We haven’t had any insight into that yet. But we have had a federal panel that has reported, and a provincial and territorial panel that has reported. We’ve been working on this for about two years at the Canadian Medical Association, and have published a principle-based guideline. So a lot of work has been done. Now it’s time for everybody to come together on this and move it forward. Yes, it’s going to be a challenge, but I don’t think it’s impossible.