On black-footed ferrets and why they're not extinct after all 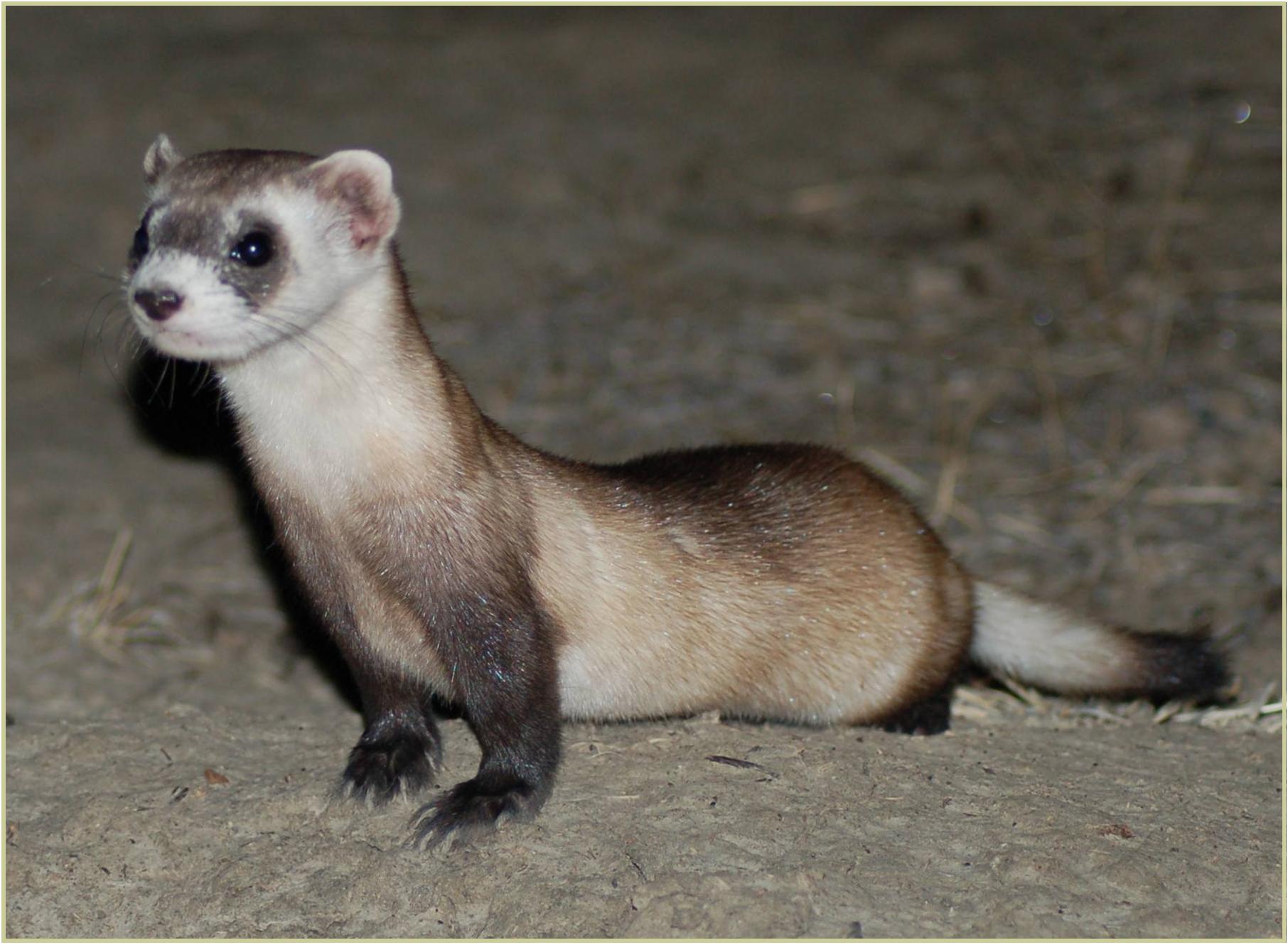 Many people, I’m given to understand, find a rhesus macaque in a double-breasted coat at a furniture store to be a charming sight, but for stylishness in a non-human I will take the rare black-footed ferret on its native prairie any day.

I cannot claim, however, that I held this opinion before a few hours ago, when a polite Parks Canada employee called to alert me to the fact that Maclean’s had mistakenly included North America’s only native ferret on a blog list of extinct species. As we were all thrilled to learn, not so!

In fact, the handsome black-footed ferret did disappear from the Canadian prairies early in the last century. But a residual population was discovered in Wyoming in the 1980s, and became the basis for a captive breeding program, from which the ferrets have been reintroduced in the western U.S., Mexico and, starting in the fall of 2009, Canada.

The sole Canadian site in this remarkable program is Grasslands National Park, in southwestern Saskatchewan, near the Montana border. I’ve never been, but now that I’ve learned a bit about the park—our only one to preserve mixed-grass prairie—it’s high on my to-visit list. Pat Fargey, a species conservation specialist at the park, agreed to give me a state-of-the-ferrets phone report.

The good news is that over ten nights of painstaking searching on foot between Aug. 28 and Sept. 9, a small team of experts and about 30 volunteers confirmed a population of a dozen ferrets and, promisingly, three new litters  of wild-born kits in the park. A tiny, fragile, hopeful outpost of the species.

To help out on the annual count, volunteers come from all over Canada. “Probably a third to half are keen young biologists looking for field experience,” Fargey told me. “Then you have people just coming because they want to be part of something interesting.”

They’re assigned walk grids on the grassland, covering much as 10 or 15 kilometres in a night, carrying searchlights to see the ferrets, which live right in the sprawling colonies of prairie dogs on which they prey. “The people that come,” Fargey said, “tend to be extraordinary people.” Finding a few ferrets among thousands of prairie dogs in the dark, when they’re most active, isn’t an easy task.

The lives of the ferrets are difficult, too. They are hunted by owls and coyotes and badgers. Early on in the Grasslands National Park reintroduction effort, drought shrank the prairie dog populations, which in turn diminished the ferrets’ survival rate. There’s disease. On the positive side, Fargey noted, the wild-born ferrets are warier than their zoo-bred parents, which boosts their chances of making it.

He asked me specifically to mention the support his park gets from the Toronto Zoo, which has a black-footed ferret breeding program, and from the U.S. Fish & Wildlife National Black-footed Ferret Conservation Breeding Centre in Colorado. Happy to do so.

And relieved that we were wrong about these striking animals being gone. As we enter the season of good wishes, best of luck to the black-footed ferrets and to everyone on their side.