On carbon, the Conservatives are stuck in the past 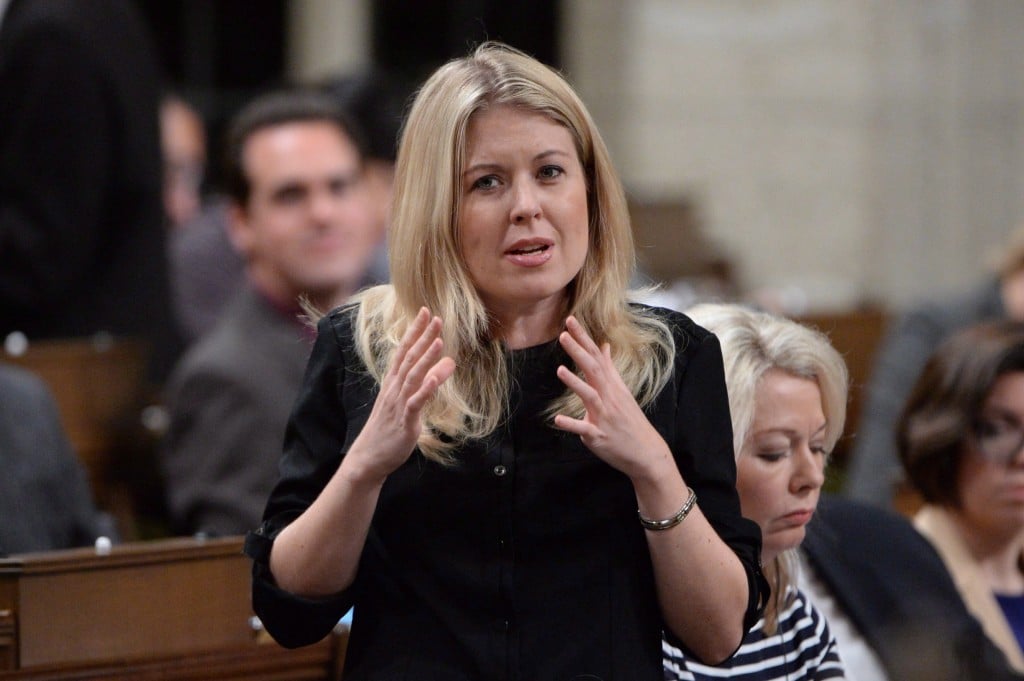 Conservative MP Michelle Rempel asks a question during question period in the House of Commons in Ottawa, Friday, April 22, 2016. THE CANADIAN PRESS/Adrian Wyld

This is what the Conservatives’ carbon trap looks like: Alberta MP Michelle Rempel blasting CEOs of some of Canada’s biggest energy companies for supporting the Liberals’ price on carbon. “Yes, the rich CEOs of the big companies that can scoop up assets after a tax bankrupts [junior players] are certainly calling for this,” Rempel tweeted, as if the carbon pricing plan was merely a coordinated ploy by big energy fat cats to snap up small energy companies. Alberta MPs taking on the biggest employers in the oil patch? Talk about political climate change.

The inconvenient truth for the Conservatives is that energy companies like Shell, Cenovus, Suncor, TransCanada and Enbridge all belong to the international Carbon Pricing Leadership Coalition, a group of 1,000 global companies who believe a price on carbon will cut greenhouse gas emissions and—to quote their own mandate—“maintain competitiveness.” Have Conservatives been left behind by the very job-creators they once championed?

“The reason governments do carbon taxes is not so they can reduce emissions, but so they can get more tax revenue in the government’s pocket,” Stephen Harper said back in 2015. It is now a different world. Still, it wasn’t surprising that when Prime Minister Justin Trudeau announced the government will impose a $10-a-tonne price on carbon by 2018, going up to $50 a tonne by 2022 if the provinces don’t do it first, Conservatives trotted out the Old Carbon Testament. 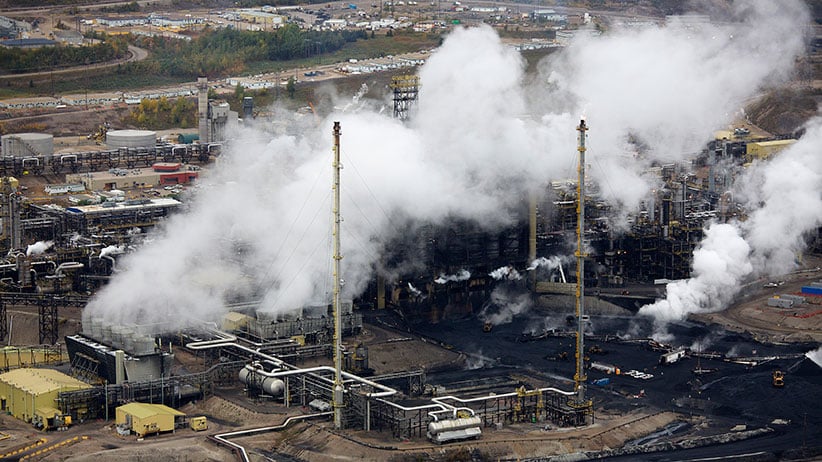 Saskatchewan Premier Brad Wall said the carbon tax would “siphon over $2.5 billion from Saskatchewan’s economy.” It is, to hear him, National Energy Program 2.0. But Wall missed the key message. There is no siphon. All money from the carbon tax stays in the province where it’s collected. If Wall believes some businesses will be hurt by the tax—and he makes a fair point that competing against places like North Dakota will be tough—he could use the money to support those industries. But to call this an Ottawa tax grab is simply wrong.

Conservative Lisa Raitt deployed argument number two: it’s an onerous tax on consumers that will force families to choose between driving cars and putting their kids in hockey. It’s a legitimate question—just how expensive would a carbon price be? In B.C., the existing $30-a-tonne tax adds 11 cents a litre on gas, which is significant. Still, B.C. has been Canada’s fastest-growing economy for years, and the national price won’t hit this level for five years. Paul Wells pointed out in the Toronto Star that Raitt’s calculus was more political than mathematical—most middle-class families get thousands more from the Liberals’ Canada Child Benefit than under the similar Harper program, which more than offsets higher gas and heating prices. It doesn’t justify it, but it puts it in perspective: It’s not a choice between carbon and hockey.

MORE: Here’s how much carbon pricing is likely to cost households

Conservatives then deployed argument three: carbon taxes don’t work. Rempel told me there is no evidence it reduces GHG emissions. However, a 2016 paper by the University of British Columbia, called “Frugal Cars or Frugal Drivers?” showed “per capita gasoline demand in B.C. has decreased by about 15 per cent between 2007 and 2014.” The carbon tax came into effect in 2008. A second study, out of Duke University’s Nicholas Institute, concluded “empirical and simulation models suggest that [B.C.’s] tax has reduced emissions in the province by five to 15 per cent.” Claims that carbon prices are not effective don’t seem to hold up. “An increase in price leads to a decrease in demand,” says Mark Jaccard from Simon Fraser University. “If [Rempel] does not believe this, she should not believe in markets and should certainly not be a Conservative.”

On to argument four: we don’t matter. Wall maintains that since Canada contributes less than two per cent of global emissions, we don’t need to take significant action. This is the weakest argument of all. You don’t chuck your Tim Hortons cup out the window because you only contribute 0.0001 per cent of garbage in the city. This is the very definition of tragedy of the commons theory and the logic behind collective action. Individual behaviours add up. There will always be free riders, but we act for the good of the whole despite our statistically insignificant contribution.

MORE: On carbon pricing, is there a middle way?

Amazingly, you will now hear argument number five: Conservatives calling for more government regulation instead of carbon pricing. It’s ironic because in 10 years of government, Conservatives never put regulations on the oil and gas sector. The fact is, regulation will be needed to meet the country’s emission targets, and Environment Minister Catherine McKenna told me regulations on commercial building, homes and vehicles are coming. Will Conservatives support those? 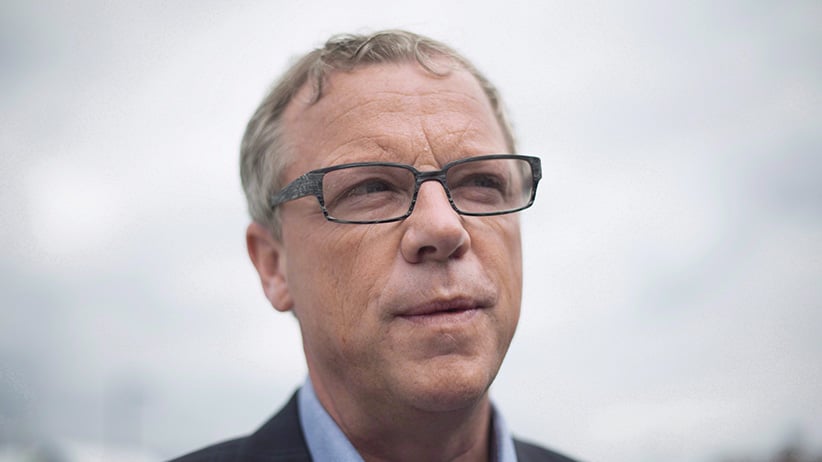 Harper used to say Conservatives would wait until big emitters like the U.S. and China ratified the Paris climate accord before acting. Now both those countries and 70 others have signed on, but Conservatives here still voted against ratification. Suddenly they look very alone. To make things worse, the Liberals have kept the same greenhouse gas emission targets the Conservatives set. Conservatives are running out of arguments.

The Liberals should not get a free pass on this. There are genuine concerns about competitiveness for Canadian businesses if the U.S. doesn’t do anything nationally on the carbon issue. After all, the Paris Agreement is non-binding, and provinces like Nova Scotia, which will meet the targets through their expensive shift away from coal, deserve accommodation. Newfoundland and Labrador and the territories have expensive fuel costs already with few other transportation options, so higher costs will really hurt there. Meanwhile, the government has not explained what it will do if a province refuses to introduce its own price on carbon. An excise tax?

If federal Conservatives plan to hold the Liberals to account on this, they need a coherent plan of their own. In Ontario, PC Leader Patrick Brown has at least embraced a revenue-neutral carbon price because he sees the issue connecting with young voters. If the next Conservative leader preaches from Harper’s Old Carbon Testament, the party will be trapped for years to come.