On NAFTA, Ottawa struggles to keep its fragile peace

Parliament is mostly on the same page when it comes to NAFTA, but a new report reveals exactly where the parties agree—and differ—on the best way forward 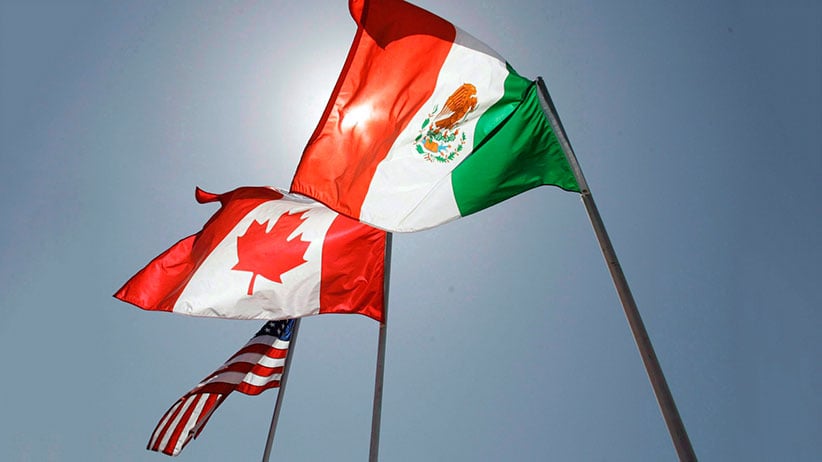 When Donald Trump’s administration was still only threatening to renegotiate the North American Free Trade Agreement in the spring of 2017, a bunch of Canadian parliamentarians on the House foreign affairs committee did the logical thing: they launched a study on Canada-U.S. relations that ended up taking a long look at NAFTA, including trips to Washington and Mexico City. This week they tabled a report in Parliament that tried to make sense of a rollercoaster few months for cross-border diplomacy.

The committee found itself in Washington after the fourth round of NAFTA negotiations, back when negotiators reported virtually no progress on the hardest parts of the renegotiation. Indeed, things weren’t going well. U.S. Trade Representative Robert Lighthizer was “surprised and disappointed by the resistance to change from our negotiating partners.” A joint statement put things delicately: “New proposals have created challenges and Ministers discussed the significant conceptual gaps among the Parties.” After the fifth round, Lighthizer said he’d still “seen no evidence that Canada or Mexico are willing to seriously engage on provisions that will lead to a rebalanced agreement.” By the sixth round of negotiations, he admitted “some real headway was made.”

To say the least, the Canadian MPs were studying something that was moving faster than the typical speed of Parliament. But their report offers a glimpse into the elected politicians’ view of a rocky negotiation–and, though the committee’s influence is limited, the report sheds some light on the lingering divisions hidden behind Ottawa’s show of unity on NAFTA. Here are five things that stand out.

The report includes a line almost unthinkable to anyone who had a political stake in the 1988 federal election: “Almost three decades after Canada had an election fought mainly on the subject of free trade, today, all three official political parties support NAFTA and its modernization.” Set against a divided Congress that’s prone to polarization, the committee concluded that the multi-partisan approach offers “an advantage on which Canada can build.”

RELATED: Trump says he wants to rip up NAFTA. Inside Canada’s plan to stop him.

But MPs quickly admit that the consensus has its limits: Conservatives don’t fully support Liberal negotiating priorities, and the Tories even filed a supplementary report that took a shot at what they characterized as a Liberal ulterior motive. The Conservatives saw “no compelling reason to issue an interim report on this study other than for the political value for the government members to craft a narrative that is, in our view not fully supported from the meetings and outreach conducted on our recent trip to Mexico and the United States.”

The majority report insisted on the benefits of the Liberals’ so-called “progressive” agenda. “The Committee believes that Canada’s proposal to strengthen labour protections and standards could find traction with the Mexican and U.S. administrations,” reads the report. “The full integration of gender and Indigenous rights into NAFTA is another area that could find broad agreement and should be pursued.” Tories were lukewarm on those proposals, claiming they’ve had a “neutral impact” at the negotiations and should only be pursued as “aspirational” goals. Conservatives hoped negotiators would spend more time on critical auto rules of origin, agriculture and mobility issues.

Tory leader Andrew Scheer reinforced a sense of unity on his own trip to Washington early in 2018, though some U.S. reporters still noticed the disagreements back home. So there are cracks in the Canadian solidarity on NAFTA, but Conservatives mostly keep them quiet when they leave Canada.

2. Canada should engage more with Mexico—or not.

The committee’s trip to Mexico City appears to have made an impression on the majority of its members—that is, the Liberals and a New Democrat. They laud the reciprocal visits of Prime Minister Justin Trudeau and President Enrique Peña Nieto, as well as various ministerial trips on both sides, as having “facilitated a more structured and stronger relationship.” The report also touted the Liberal decision to drop visa requirements on Mexican visitors to Canada, and it encouraged more cooperation on trade, climate change, education, and a seasonal agricultural worker program.

Conservatives shared some of that optimism. They acknowledged that Mexicans are happy with the changes on visa requirements, which reversed a Harper-era policy, without any further comment on the matter. But the Tories did express caution, rather opaquely, about how Mexico should fit into Canada’s negotiating strategy: “It should also be highlighted that Canada and Mexico have and will continue to have some shared areas of interest, but that we will also have areas where relations with the United States are vastly different and that these differences should be recognized within the context of negotiations and a modernized NAFTA agreement.”

3. NAFTA negotiations need to slow down.

“Too much is at stake to rush the negotiations,” write the parliamentarians, who said the initial timeline to conclude talks—the end of 2017–”was neither realistic nor reasonable.” They encourage the government to extend negotiations as long as possible within a reasonable timeframe, given the looming elections in both Mexico and the U.S. Perhaps the most diplomatic line in the entire report describes the difficulty posed by midterm congressional elections. “There will be a greater likelihood,” the write, “of heightened political rhetoric and further threats of economic nationalism and protectionism.”

The committee also offers a useful history lesson: “It is important to remember that it took 14 months of intensive negotiations to come to agreeable terms on NAFTA in 1992. Since then, Canada has signed a number of bilateral free trade agreements, most of which have taken a longer amount of time to conclude.” Free-trade negotiations with the EU, for example, lasted five years.

4. Democratic voters support NAFTA more than the Democrats they elect.

Democrats in Washington are some of NAFTA’s strongest opponents: 156 voted against the trade deal in 1993, and 183 out of 193 House Democrats recently co-signed a letter withholding support until the deal secured better labour standards in Mexico. Conversely, Republicans are some of NAFTA’s biggest fans. Three-dozen Republican senators just sent their own letter to the president urging him to preserve NAFTA.

If that sounds topsy-turvy to American voters, it’s because elected folks appear to be voting backwards. A 2017 study cited in the parliamentary committee’s report shows that 71 per cent of Democrat voters support the trade deal, while that’s true for only 34 per cent of Republicans. Back in 2008, the political spectrum was much more united: 43 per cent of GOP voters approved of NAFTA compared to only 41 per cent of Democrats.

The Conservatives snuck in their own recommendation that Canada should “embrace and grow our consular network” in the U.S., and “enhance bilateral engagement in more parts of the United States.” Canada currently operates 13 consulates in American cities, including places like Minneapolis, Denver, Dallas and Honolulu. Mexico’s consular network is much more widespread, and reaches into smaller cities like Boise, Idaho, and Omaha, Nebraska. It’s worth noting that Canada’s NAFTA charm offensive has reached into nooks and crannies all over America.