UPDATED: On second thought, I think I prefer him wrapping himself in the flag ...

… than attempting to deny its existence. 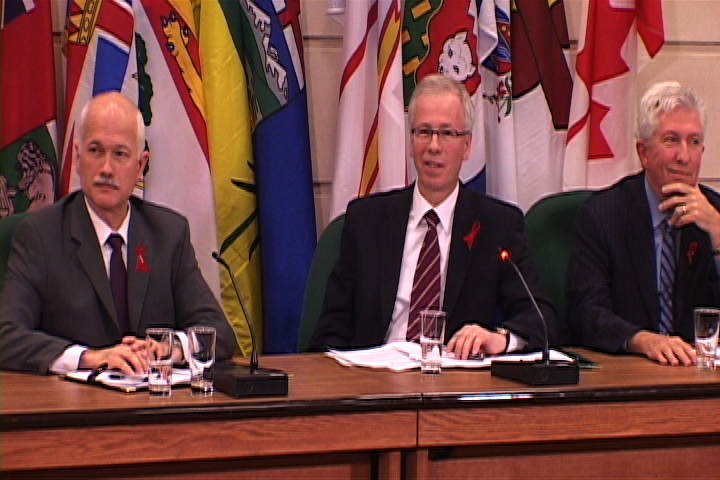 (Photo sent out within seconds by the Liberal press office.)

Mr. Speaker, yesterday, as part of the culmination of the machinations of the leader of the NDP, we had these three parties together forming this agreement, signing a document, and they would not even have the Canadian flag behind them. They had to be photographed without it.

They had to be photographed without it because a member of their coalition does not even believe in the country. As Prime Minister it is not my responsibility to turn the keys of power over to a group like that.

Hon. Jim Prentice:      Mr. Dion is attempting to subvert the democratic will of the Canadian people.  In the last election, people spoke very clearly.  To attempt to take over the Government of Canada with a government propped up by a separatist party is not something that was put to the Canadian party.

Question:                       Is it appropriate in the context of a big debate now that’s unfolding in the country for the prime minister to make a false statement in the House that the Canadian flag was not there behind the news conference when photos show it actually was?

Hon. Jim Prentice:      There was a Canadian flag.  The point is there were not only Canadian flags behind the opposition parties when they announced — 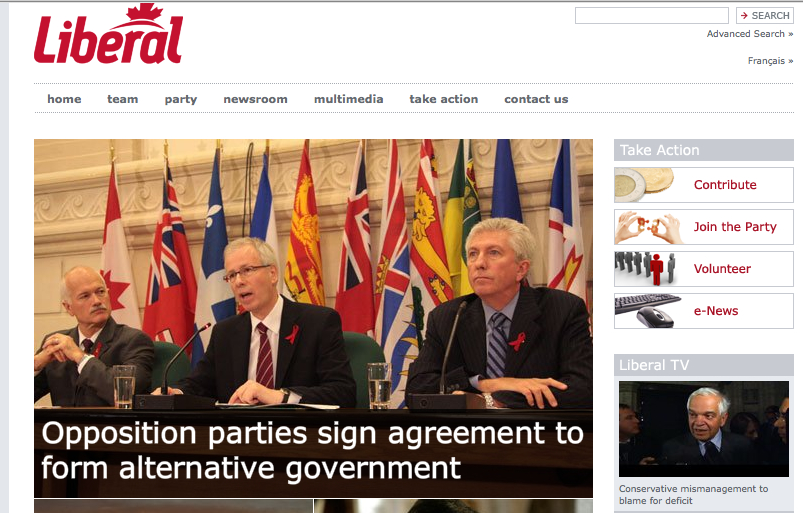